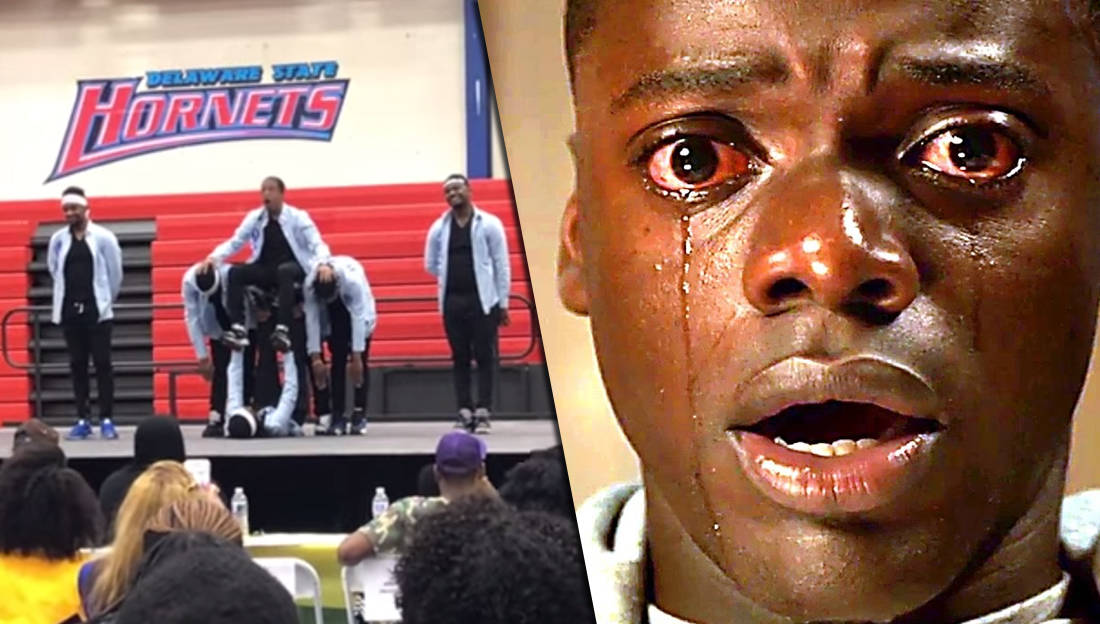 The Sigmas at Deleware State University just won their school’s stroll competition with a stroll performance inspired by the movie Get Out.

The Gamma Upsilon Chapter of Phi Beta Sigma walked away with their fourth 1st place prize after breaking their campus off with a stroll performance inspired by Jordan Peeles hit movie.

For their performance, the brothers started the show creating a human chair and then fell into the “sunken place” where they strolled to all types of music but were finally able to save themselves and escape after strolling to gospel.

Check out their creative performance below that was captured by CrankMr and show these brothers some love!