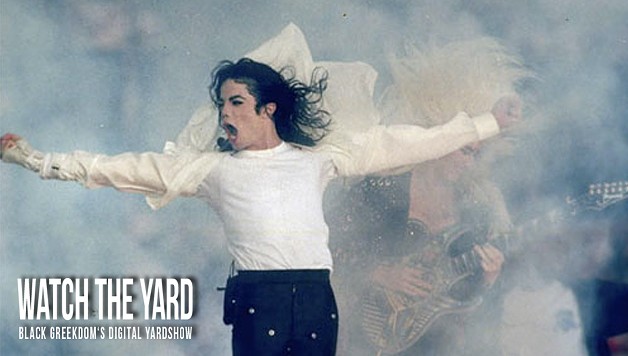 We just came across this video of unseen footage of Michael Jackson in 1993 getting introduced to Divine 9 style stepping and we rushed to post it as fast a possible.

In the six-minute clip, step-masters from Alpha Phi Alpha, Alpha Kappa Alpha, Delta Sigma Theta and Sigma Gamma Rho introduce the “King of Pop” to the art of stepping at Sony Studios. At the time, Michael was working on a project called “Is This Scary” which never took place because of the trails and lawsuits that he was going through.

In the video, you see the steppers introducing themselves to MJ and by the four-minute mark you see Michael step into the camera shot and watch the steppers. At the end, he talks to them for a bit then leaves the room.

While the group was not able to perform in MJ’s project, they did get picked up to choreograph and dance in a Tag Team music video for the Addams Family movie that was a rendition of their hit “Whoomp There It Is!”

Big thanks to Doc Genesis for putting this video online.