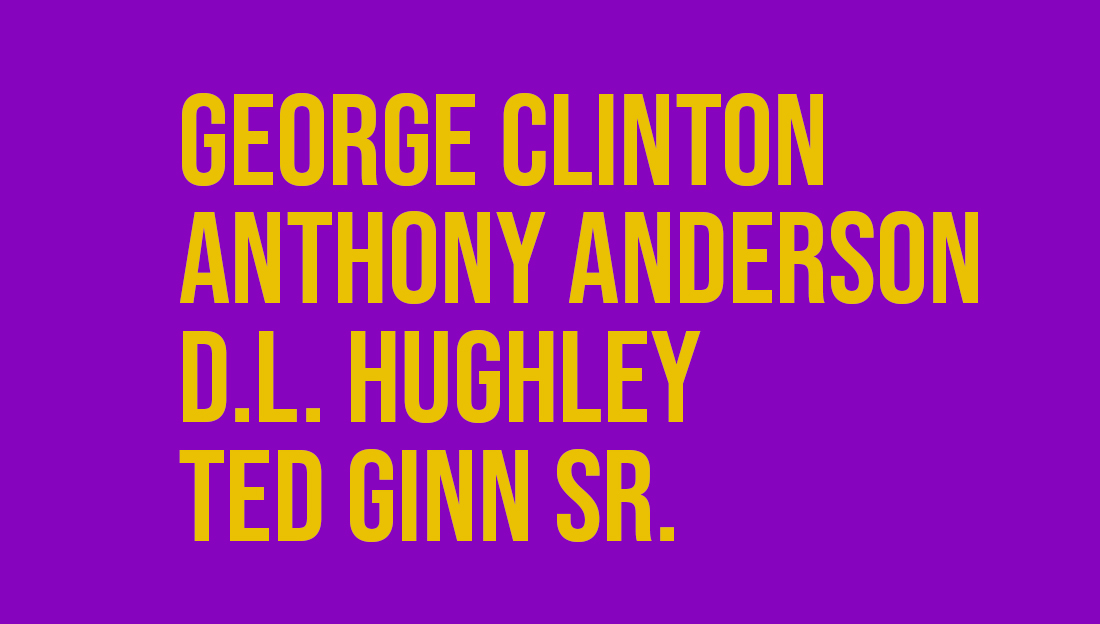 Rock and Roll Hall of Famer George Clinton, known as one of the foremost innovators of funk music and his rich musical history as part of the Parliament-Funkadelic collective, the comedian actor, political commentator, radio host and author D.L. Hugley who is one of The Original Kings of Comedy and Emmy award winning actor Anthony Anderson, the star of the ABC sitcom Black-ish were welcomed to the fraternity along with coach and founder of the Ginn Academy an all-boys’ public high school located in Cleveland, Ted Ginn Sr.

According to the social media post their line has been named “THE PANDEMIQ 4”.

“There are certain accolades that transcend money or fame… THIS IS ONE OF THEM!!” D.L. Hughley captioned a photo of the four that he posted to social media.

We at Watch The Yard would like to warmly welcome these brothers to the community of Black greekdom. They have entered Omega Psi Phi, a brotherhood with a rich and powerful legacy!