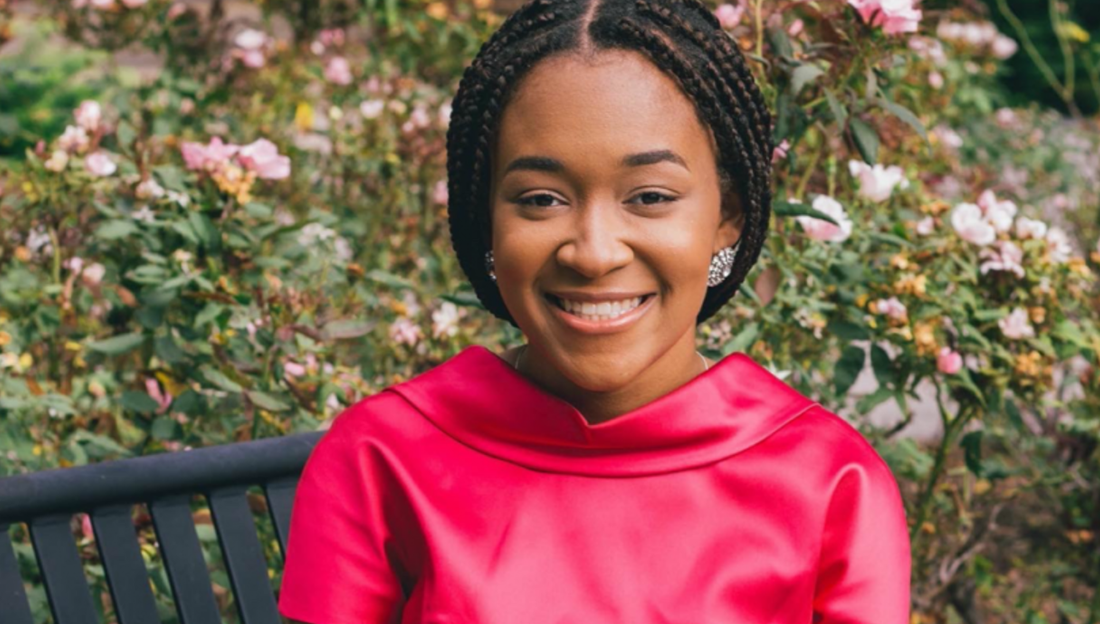 In an effort to highlight the people who are leading colleges and universities across the nation, we at Watch The Yard reached out to the University of Tennessee, Knoxville and did an interview with Karmen Jones the president of the Student Government Association.

The position of SGA president is a highly respected role and there is a special pride that one takes. Jones, who is majoring in English Rhetoric with a minor in Africana Studies, is the first Black woman to hold the position in the history of the university.

We interviewed Jones, and talked to her about her position, goals, future and what it means to hold this type of leadership position in 2021.

As the first Black woman to serve as SGA President at the University of Tennessee, I have learned that social justice is worth bringing to the forefront of your university’s agenda. When I first began advocating for my university to become anti-racist in its policies and practices, I navigated the Tennessee system with nervousness about how I would be perceived as a minority trying to convince the majority, which also included appealing to administration, White students, and the Tennessee legislature. Over my four years, I have learned that Black women in the highest positions of power should never shy away from the passion projects that benefit a neglected sector of the campus body. It is the responsibility of student leaders to approach spaces with boldness, be strategic, and make change happen for those who have been unheard. You work for the student body and not to please university leadership.

What made you decide to attend the University of Tennessee, Knoxville for undergrad?

I am from Marion, Arkansas, and the small-town rural life was always a challenge for me. I always felt as if I was overly progressive inside but never got the chance to express myself to my educators or friends. I learned to code-switch often and navigated Advanced Placement classes knowing what White culture required of me in order to reach my accomplishments, but I still felt the need to escape the stagnation of my own personal growth. When the time came to apply to colleges, I was attracted to the University of Tennessee, Knoxville, which is also the state’s flagship university. I attended orientation, was attracted to that bright shade of orange, and loved the openness that the university had about racial injustice. Once I arrived and had to avoid interacting with the Ku Klux Klan in downtown Knoxville, I realized that my Volunteer community had more intensive work to do in order to make students of color feel protected from years of hate groups and White supremacists entering our campus grounds.

How has the University of Tennessee, Knoxville molded you into the person you are today?

There is a Tennessee saying, “Leadership comes through service”, and that quote has reminded me of what this school has molded me into, which is a leader who is not afraid to serve. My service of students includes many personal sacrifices and uncomfortable situations like going to White sororities and fraternities to give talks on diverse and inclusive language. I do not regret any of my decisions on appealing to all demographics, but being comfortable with the uncomfortable has developed me into a smart, bold, and humble representative for students. I understand the culture of the South and am no longer not afraid to drive hate out of my region.

One of the major policies that my campaign ran on is the development of a zero-tolerance policy for discrimination on our campus. At UT, we have had repeated racist, anti-Semitic, and homophobic acts of hate occur with no repercussions. In 2019, a Black-face innocent caused students to protest and demand change. My role as a member of the Student Government Association was to take a look at what changes needed to be made with our Student Code of Conduct and after two years of applying positive pressure to university leadership, we are finally confirming a policy that will protect underrepresented students. No one deserves to be called a slur, witness white supremacists holding rallies on their campus, or experience aggression within the classroom. The addition of a discrimination policy would give students legal support against those who try to distract them from becoming the best scholar that one can become.

The state of Tennessee has been ranked as one of the most unsafe states for the coronavirus. My administration was elected after students were sent home in the spring of 2020, and we changed our approach to intentional advocacy immediately. In the fall semester, I met with Dr. Deborah Birx, from the White House COVID-19 Force to advocate for SEC students, but internally to our department’s operations, I continued to push our Undergraduate Senate and other branches to create policies that would benefit all students during this difficult time. Advocacy for our students included confirming a grade replacement system for those who were affected by the pandemic in financial or medical areas, and we hosted town halls to alert the student body on the ever-changing nature of community testing and isolation. We also made care packages designed for mental and medical stability for students who were placed into on-campus isolation housing. Our Spring semester will be focused on proper and timely vaccination distribution.

Out of personal reflection, leadership has been the self-fulfillment of proper representation. Before I ran for President, I had White students suggest that I should run for Vice President or tokenize me for their own surface-level allyship, but after reading “Minority Leader” by Stacey Abrams, I knew that I was qualified to be President because I continued to out-work those who obtained privileges that aligned with a space that has been institutionally designed for certain demographics. When you are a Black woman, those intersected identities cause you to work twice as hard as your White peers. The strongest leaders can feel intimidated at times but remind yourself that representation matters. You matter and belong in spaces of leadership.

We now live in a digital world, what do you think schools need to do to represent themselves online in 2021?

With the help of a great executive team, we won our SGA election with a completely online campaign and reached tens of thousands of people. The strong growth in online presence brings a sense of direct access to most college students. As student leaders, you have to learn how to appeal to your campus community through social media. Take observation of not only data collection from your student body but also the campus values, rhetoric, and needs. After evaluation sessions and much discussion with a strong communications team, you will be able to know what appeals to your audience.

Watch The Yard covers a spectrum of Black students at HBCUs and PWIs. Being the daughter of a Jackson State University alum, I love to see publications that show the value of all college experiences. Instead of downplaying any Black student seeking a degree at a university different than our own, we should give each educated members of our community accolade and recognition.

After graduation, I will be taking a gap year to do professional policy research surrounding civil rights and social justice. I hope to attend law school and become one of the few African American women to serve as a major civil rights attorney. Later, I would love to contribute to sectors of public service, policy, and representative government for the state of Tennessee. I have been heavily inspired by Black leaders such as Stacey Abrams, Ben Crump, and Symone Sanders through autobiographical literature and having the opportunity to discuss with some of these key figures in American socio-politics directly. I hope to continue to follow the path towards a better nation and a better South.

We at Watch The Yard would like to commend Karmen Jones for her work as the SGA president of the University of Tennessee, Knoxville.