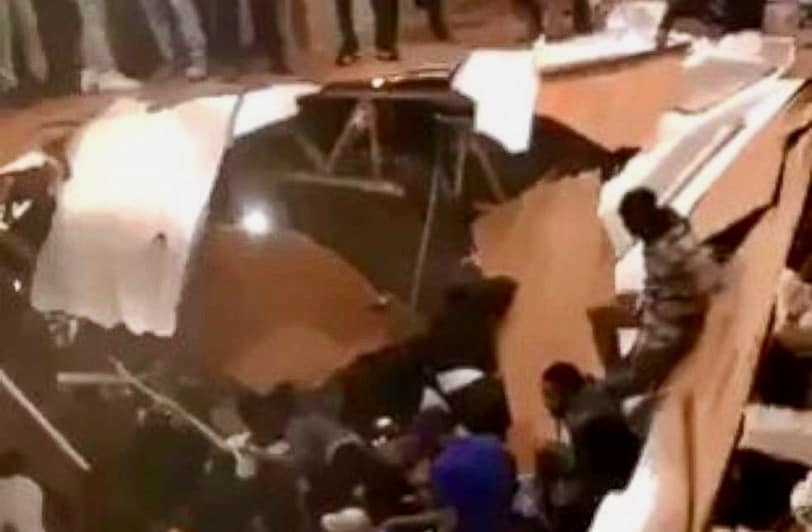 This weekend 30 people were injured while dancing when the floor collapsed under them at an off campus party for Clemson Students.

According to reports, the disaster happened at a Kappa annual homecoming party off campus in the clubhouse of the Woodlands Apartments in the city of Clemson, South Carolina. The party had just started and attendees were dancing to music when the floor gave way and the dance floor dropped to the basement level injuring 30 people. None of the injuries were life-threatening.

“The beat was about to drop and literally the whole floor collapsed,” one attendee told Greenville News. “People are hurt. People are bleeding. I had blood on my sneakers. It was really bad.”

University president Jim Clements has taken to twitter to address the incident.

I'm monitoring the situation, and my thoughts and prayers are with all who were injured. Our entire student support system will be available for any student impacted. https://t.co/QnSUdbP1GA

We appreciate everyone’s concern about the students who were injured, and we’ll continue to monitor their progress and ensure they have access to every resource available.

Here are multiple videos of the collapse that were taken at different angles by partygoers.

Note to self: no more house parties. pic.twitter.com/4VmeJbnnoZ

Please keep those who were injured in your thoughts and prayers.