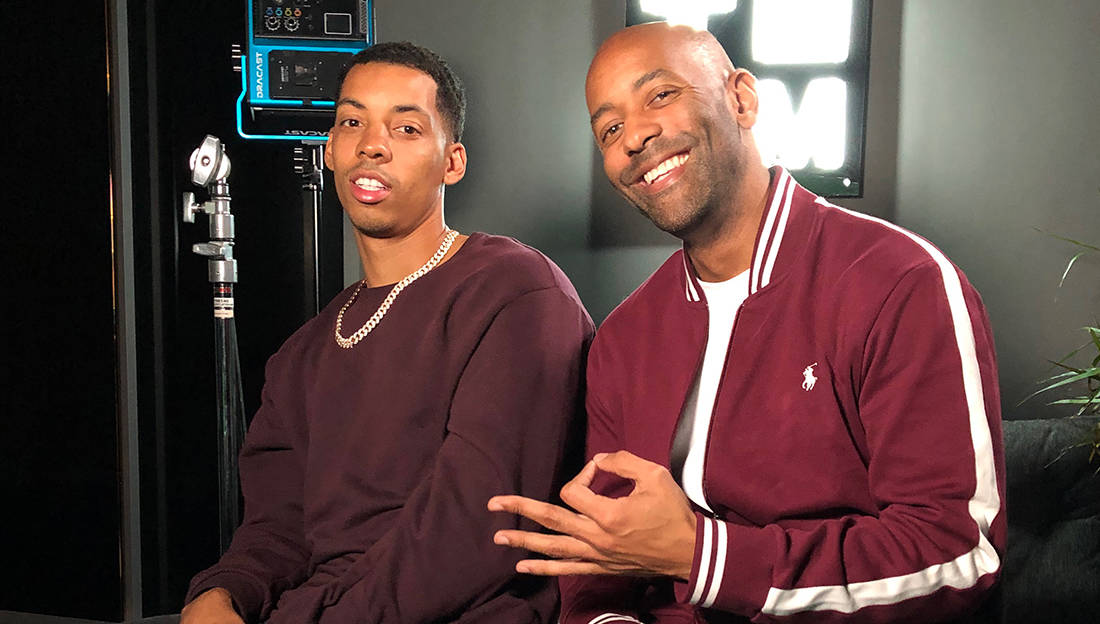 You might have heard of the app already, but did you know the live game show Trivia Mob was created by a graduate of North Carolina A&T?

Cedric J. Rogers is an initiate of the Alpha Nu Chapter of Kappa Alpha Psi at North Carolina A&T who left his job as an executive at Apple to move into the start-up space.

He has been featured in magazines including Fast Company, Tech Crunch, Black Enterprise, USA Today, Huffington Post and The Wall Street Journal and is carving out a unique space in the technology world with his new company Culture Genesis, a LA-based digital gaming studio that creates content targeting urban and multicultural audiences. 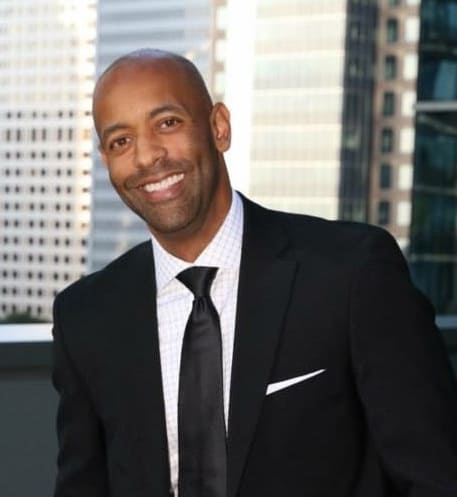 Rogers and his team are taking a different route than most companies in the space by creating games and technology-backed content that are tailored at what the company says is an audience of around 70 percent of African Americans and Hispanics ages 13 and older who identify as gamers in the U.S.

While these gamers exist and are out there playing games on their mobile phones all of the time, there are almost no gameshows targeted at them. That’s why Rogers along with his co-founder Shaun Newsum have teamed up with social media influencer and star of Netflix’s American Vandal 2, Melvin Gregg and co-host Britt Lucio to create a new live mobile game show called Trivia Mob.

Their game show that airs live every Sunday through a mobile app where contestants compete to win from a $10,000 cash pot by answering 10 questions correctly in 10 seconds each. Many are describing the show as Jeopardy meets 106&Park.

We at Watch The Yard recently sat down with the Cedric J. Rogers to talk about his app, the future of HBCUs, minority facing tech, and how joining a Black fraternity as an undergrad at North Carolina A&T helped mold him into the entrepreneur he is today.

Check out the full interview below:

What made you decide to attend North Carolina A&T for undergrad?

I decided to attend A&T after Jesse Jackson (alum) came to visit my prep school in Houston.I had a chance to meet him and he told me all about A&T’s world class engineering program and how they graduated the most black engineers in the country. He even helped me set up a visit to campus. I was sold once I had a chance to kick it on the yard! You feel the love and community when you visit A&T and I knew immediately I wanted to have that experience while learning the challenging subject of engineering. GHOE is the best homecoming hands down and no one represents like Aggies. #AggiePride 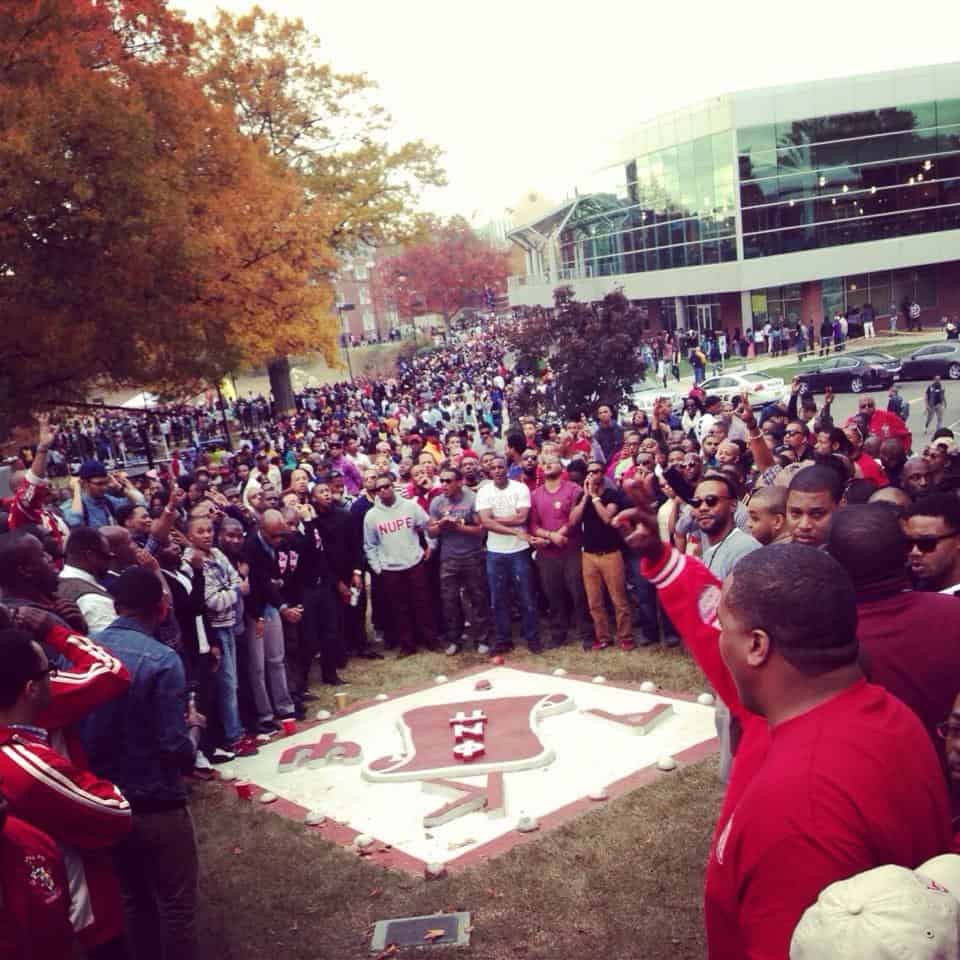 You’re a Kappa. As you’ve matured in your career and become successful, looking back, how do you think joining a Black fraternity has contributed to where you are now?

I joined Kappa Alpha Psi as a sophomore at North Carolina A&T and I had a lot of time to enjoy the brotherhood while being trained for leadership. I was elected to be the Polemarch of the Alpha Nu Chapter then on to become the Jr Vice Province Polemarch for the Middle Eastern Province.  We achieved chapter of the year during my tenure. All while managing electrical engineering, track team and stepping.  These experiences taught me how to lead but most importantly how to manage time and pressure that I have seen in my career. 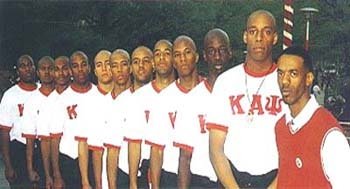 Apple was an intense and rewarding place to work the entire organization was focused and we had a great run of innovation. Apple execs supported me in obtaining my MBA at Emory University in Atlanta. It was a very tough decision to leave Apple to set out to build my own startup.  But my experiences in Kappa taught me to embrace new challenges and push to achieve greatness.  Building tech startups are very difficult and you have to embrace adversity and manage pressure. And every Nupe will tell you that they know pressure makes diamonds.

Over the past month you’ve been featured in Black Enterprise, Tech Crunch and on many other platforms for Trivia Mob. Obviously this is because your game show is filling a need that is not being met. What is that need exactly?

It’s clear that multicultural audiences dictate culture in America…hip-hop is now the number 1 genre of music in the world, streetwear is now represented by luxury fashion brands like Virgil Abloh and Louis Vuitton. You can also look at how HBCUs dictate culture as well…our bands, fashion and greek organizations were on display during Beyonce Coachella performance that shocked the world.  And it’s time for transformation in technology…90% of African American households have smartphones and 73% consider themselves gamers. When you look at games like Fortnite is clear that people want to see themselves reflected in their technology too! 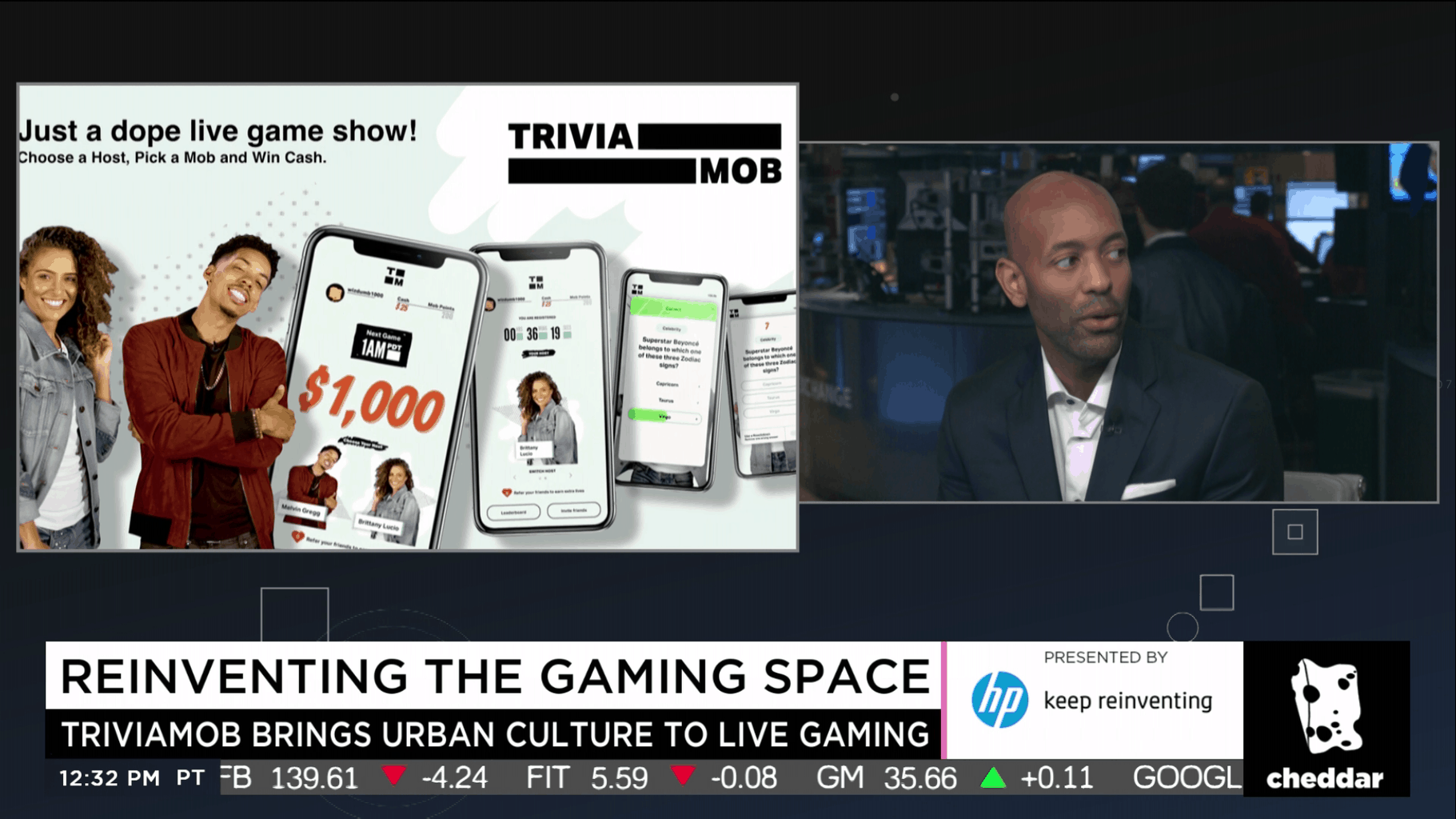 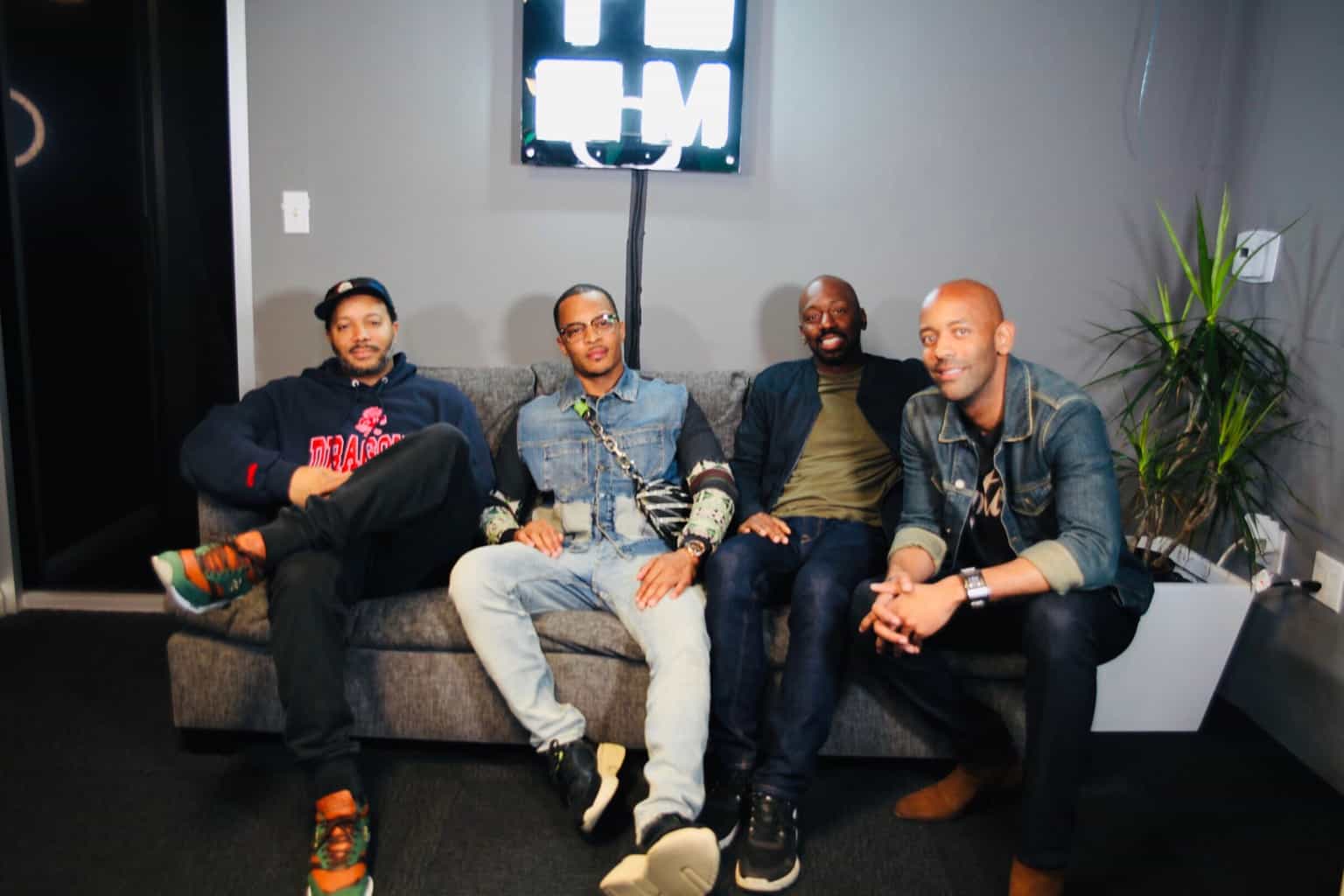 How did you come to work with Melvin Gregg on this show?

Melvin has been building businesses since college and he wanted to learn about tech. Our mutual friend Desmond introduced us and we started brainstorming all kinds of ideas that we want to build…TriviaMob is just the beginning. We have built our company Culture Genesis to create multiple projects for the culture.  We will leverage Melvin’s ability to create engaging content and build community to make each project relevant. And the rest of the team’s ability to build dope software.  We are very excited about the future and the many skills on our team. 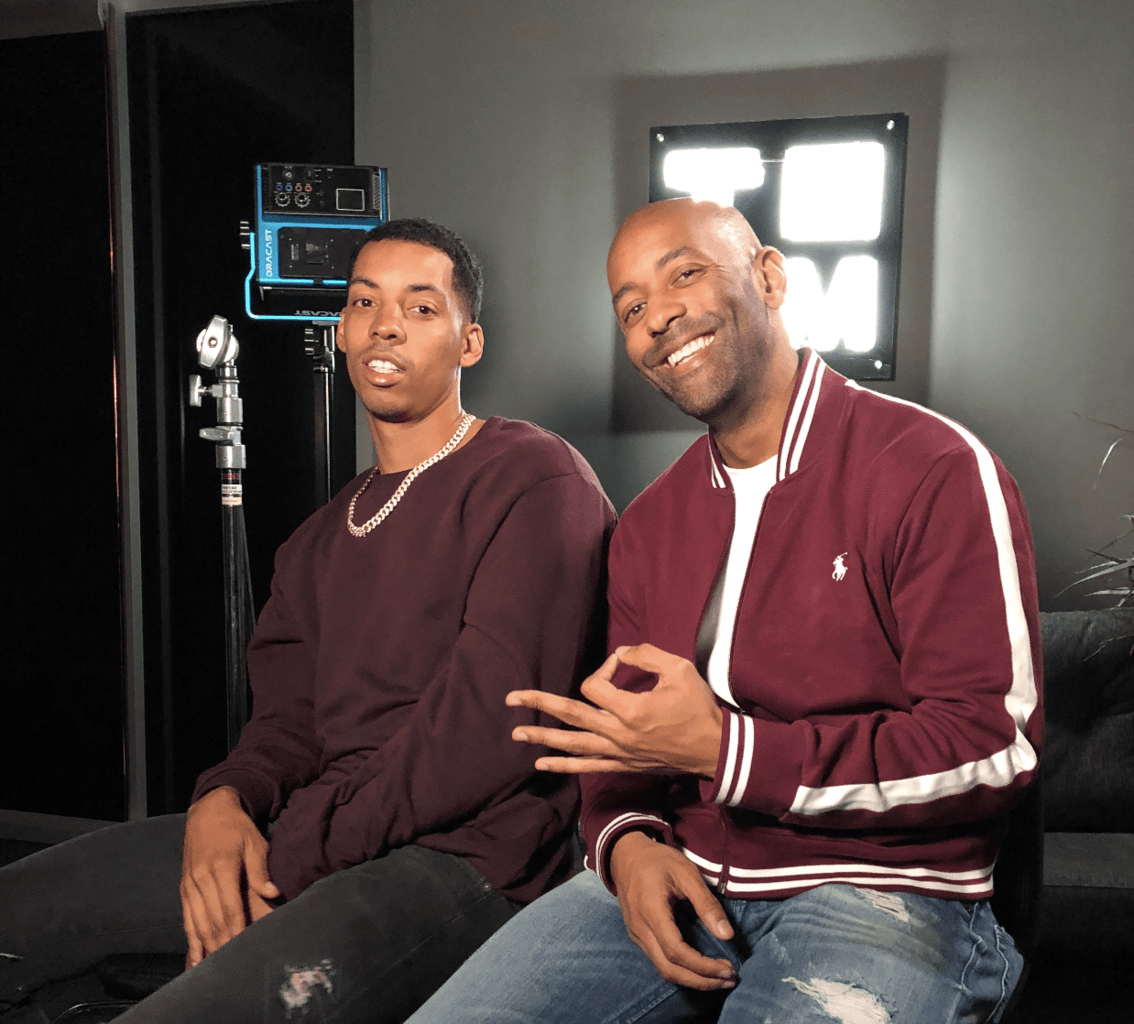 As someone who has created multiple startups, what are some skills you think people who are undergrads or recent grads should pick up in order to make themselves more successful as entrepreneurs?

Discipline, dedication, creativity, knowledgeable of market. Building startups and creating something from nothing is very difficult.

As a successful entrepreneur, former Apple Exec and HBCU grad, what do you want to see more of when it comes to undergraduate HBCU curriculum?

I was very fortunate to receive my BS in Electrical Engineering from North Carolina A&T State University, the program did a great job in providing me a solid foundation. Our professors genuinely cared about us and we learned a lot.  I personally had average grades but I realize now that I had above average confidence.  A&T graduates the most Black engineers in the country so I walked into my career confident with a large network to lean on.

Believing in yourself is more important than anything else and not falling for the imposter syndrome.

Today, I would love to see HBCUs encourage more entrepreneurship in technology programs and provide additional tools through their business schools.  I wish I would have learned more about finance and investing as an undergrad. Lastly, I would also like to see the curriculum include more interdisciplinary work and bring the arts, and sciences together with technology. 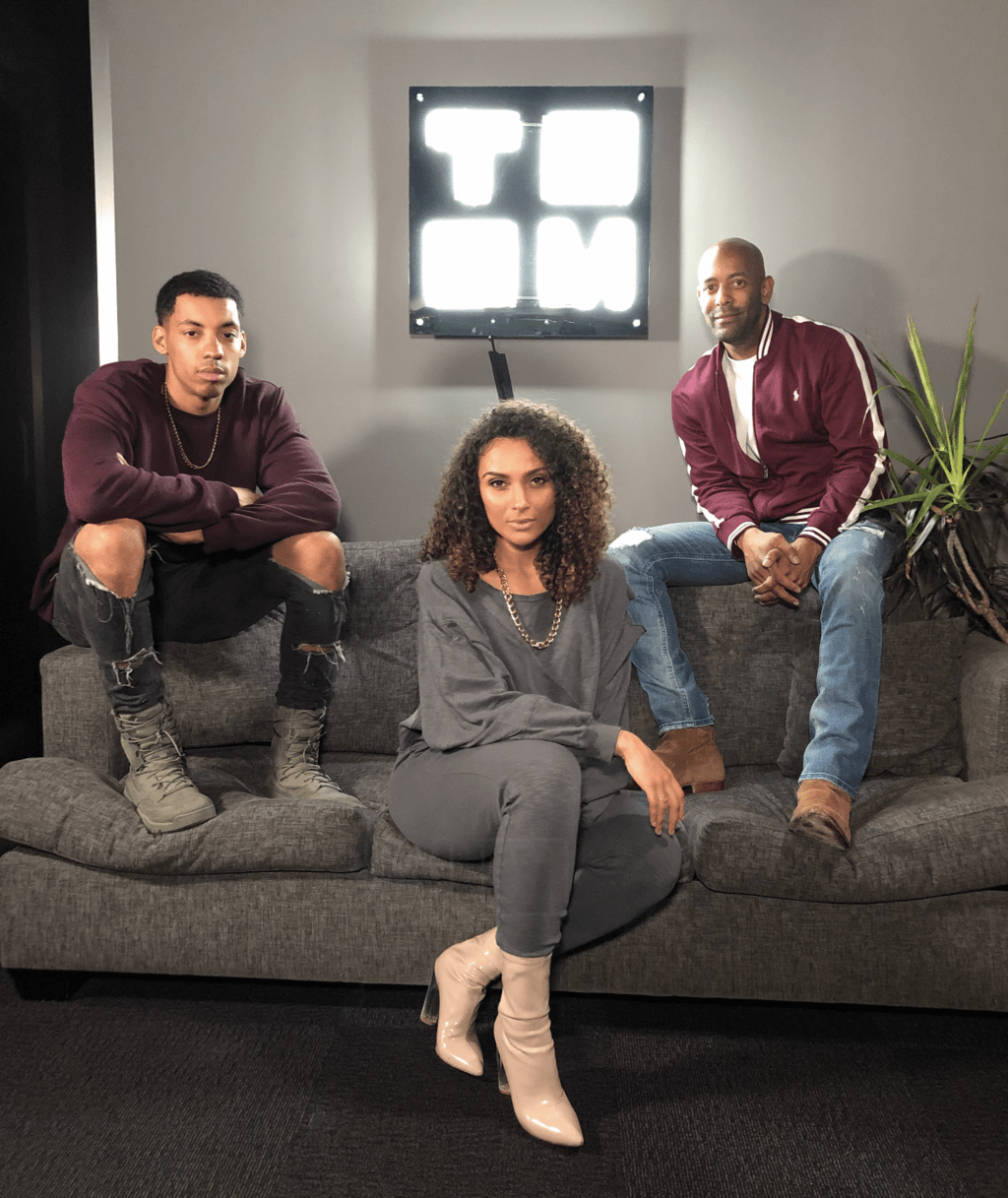 What can black greeks who are established in tech related careers do to help the next generation?

There are a lot of black greeks established in tech and I know a bunch of Nupes that are tech entrepreneurs and venture capitalists. I believe the best way to help the next generation is to hold the door of opportunity open by sharing authentic experiences and mentorship.  There are so many unwritten rules in the tech industry and you often need someone to give guidance on how to maneuver and to avoid costly mistakes.  Maybe Watch The Yard can start a discussion tech community forum for some of this advice to be shared.

The alumni brothers of his undergraduate chapter, the Alpha Nu Chapter of Kappa Alpha Psi have also started a fundraiser for their scholarship to give back to North Carolina A&T. If you are interested in making an impact and helping out the HBCU click here. Or just text “Aggie18” to 41444 and enter “Alpha Nu Endowed Scholarship”.