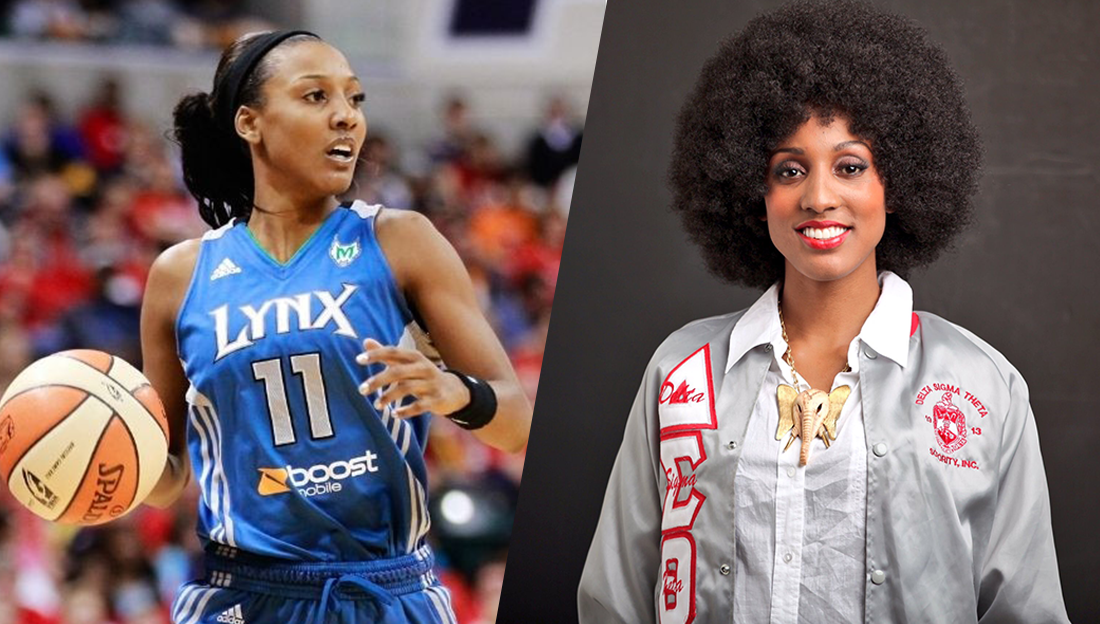 Candice was born in Baltimore, Maryland in 1987 and grew up in the San Diego area. She was a very skilled basketball player growing up. After being listed as the best shooting guard in the nation by most high school recruiters she attended Stanford University. The university offered her a scholarship for both basketball and volleyball. She led her basketball team at Stanford to a 32-3 record during her Freshman year.

“When I went to college in 2004, it was important to me to connect to a community of women who were my age, and women who could specifically understand the unique plight of navigating life on a campus like Stanford as a minority woman,” Candice stated while opening up about her decision to join the sorority on her website.

“I was looking for something outside of basketball.  By the time I was a junior at Stanford, I was already a two time All-American and PAC 10 player of the year. But those titles alone wouldn’t suffice. I loved being a member of the basketball team, and I loved the sisterhood that came from competing in team sports. But by the time I was in my third year I realized that something was missing in terms of my identity outside of basketball. I was craving something deeper; a connection to women that wasn’t strictly tied to athletics. Enter Omicron Chi.”

Check out this video of her stepping with her chapter in a yard show in 2007.

Wiggins entered the WNBA after being drafted by the Minnesota Lynx as the third overall pick in the 2008 WNBA draft. After some time with the Lynx and battling injuries, she returned to the league in 2011. This was the year that she won her first WNBA Championship.

After eight seasons in the WNBA, Wiggins retired in 2016 at the age of 29.