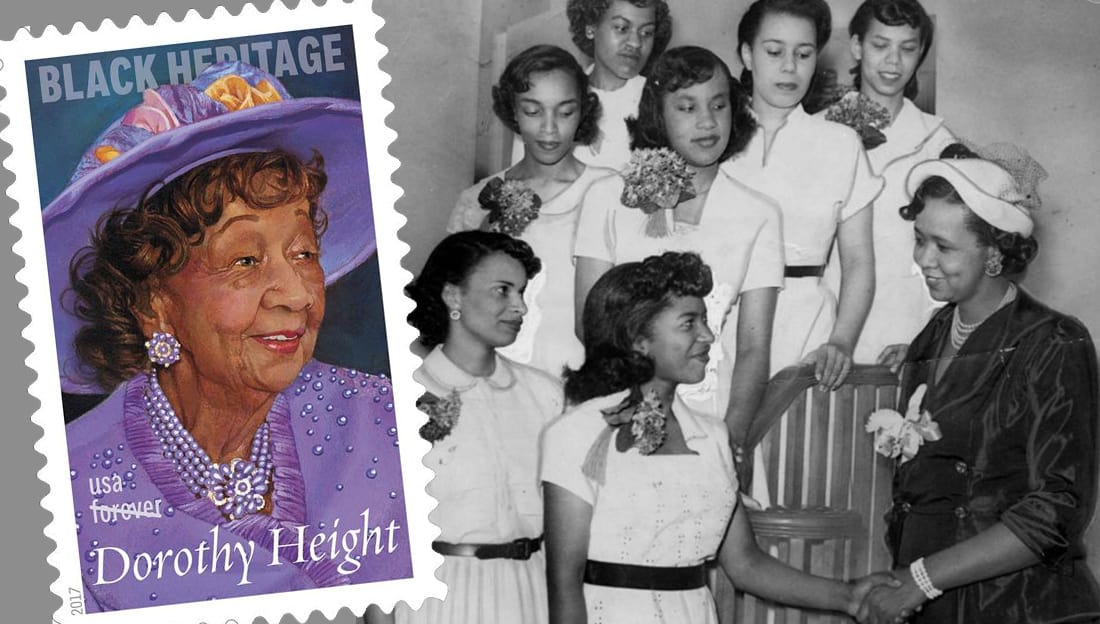 Dorothy Height has been dubbed the “Godmother of Civil Rights” by Barack Obama, has been awarded the Presidential Medal of Freedom and the Congressional Gold Medal but now, the former Delta Sigma Theta National President is being honored by the United States Postal Service with her own stamp.

To honor Black history month this year, the US Postal Service is releasing a stamp of the civil rights activist to their Black Heritage Series on the Forever Stamp. For those who do not know, Forever Stamps are first-class stamps issued by the United States Postal Service that are special because you can buy them at the current first-class postage rate, and they remain valid even if that rate rises in the future.

Height’s stamp is the 40th stamp in the Black Heritage Series and she is 15th woman in the series.

This stamp will be the first of its kind given to someone who has served as the president of a Black Sorority. Height is not the only Delta to have a stamp in this collection though, she follows her soror Shirley Chisolm, the first African American woman elected to the United States Congress. 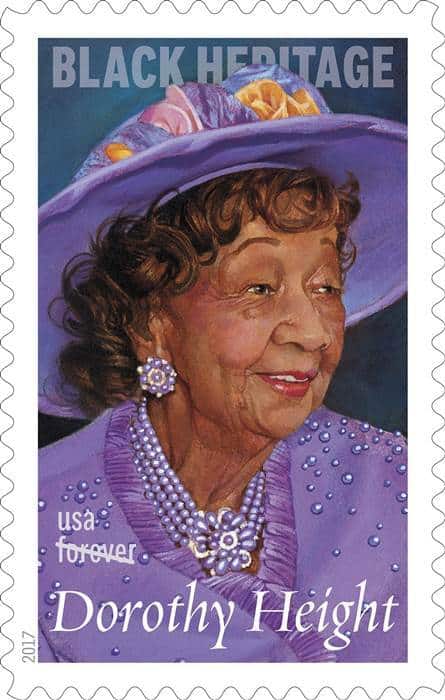 Click here to by a sheet of 20 of the stamps

Dorothy Height was born in Richmond, Virginia, Height and was a major player in civil rights movement. She was president of the National Council of Negro Women and in 1963 she helped organize the March on Washington working with Dr. Martin Luther King, Jr. Pushing women’s rights, she also co-founded the National Women’s Political Caucus.

According to a press release issued by the sorority in 2010, “Height was initiated into Delta Sigma Theta Sorority in 1939 through Rho Chapter at Columbia University. She went on to serve as the 10th National President of the Sorority from 1947-1956. During her tenure, she oversaw the purchase of the Sorority’s first National Headquarters building. She was involved in hiring the organization’s first executive director, The Honorable Patricia Roberts Harris. Dr. Height also developed leadership training programs as well as interracial and ecumenical educational programs for members of Delta Sigma Theta as well as other organizations and institutions throughout the United States.” 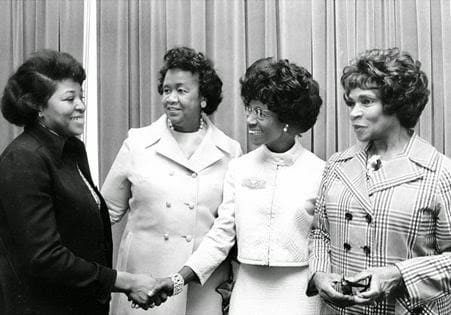 “She was on the front lines fighting for the equality of all people for more than half a century,” Dr. Paulette C. Walker, National President of Delta Sigma Theta Sorority said in a statement to NBCBLK. “It is because of her impenetrable resolve to stand for the civil and human rights of women, families, and children that we are afforded the freedoms enjoyed today.”

“The Postal Service is proud to honor civil rights icon Dorothy Height, an American treasure, whose illustrious career spanned almost a century,” said Ronald Stroman, deputy postmaster general and chief government relations officer, who dedicated the stamp. “The Dorothy Height Forever stamp will serve as a lasting tribute to her life and legacy of seeking equality and justice for all Americans, regardless of ethnicity, gender or race.” 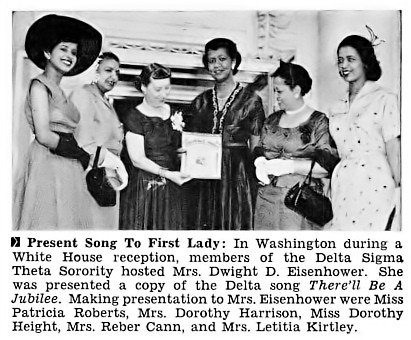 Click on the arrows below to see more Delta photos of Dorothy Height.