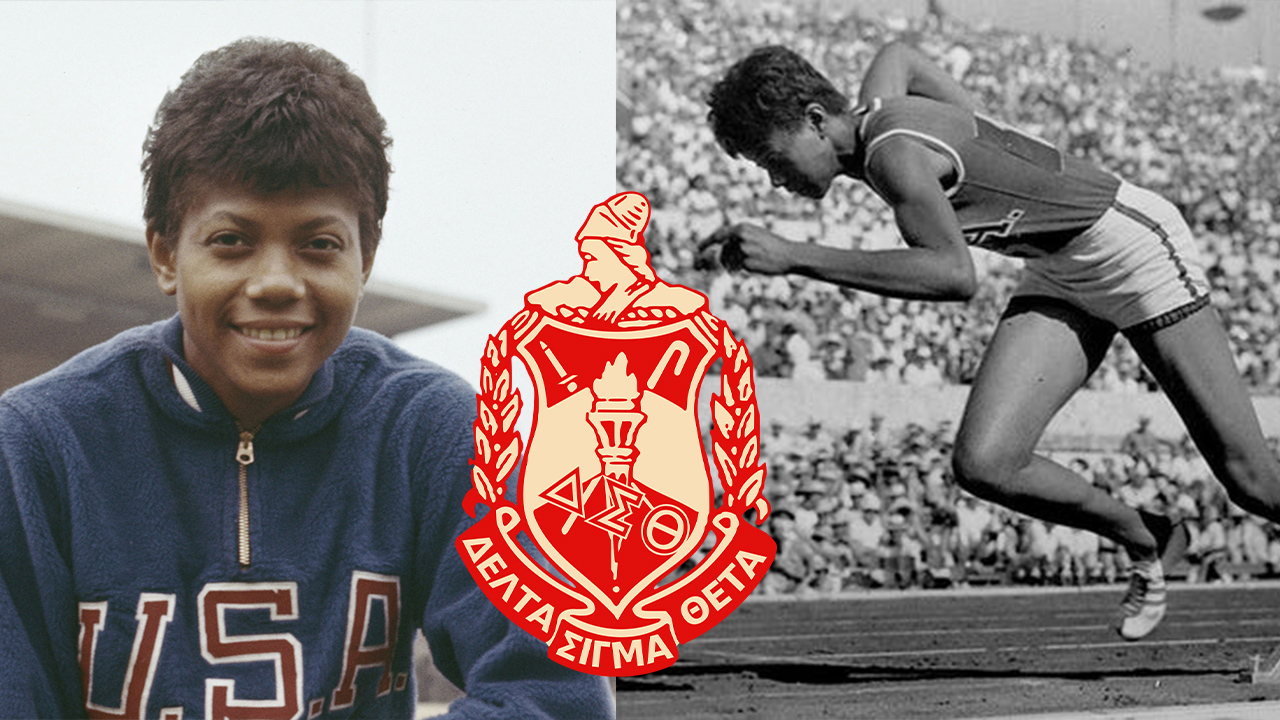 Did you know that the first American woman to win three gold medals in track and field is a Delta?

Rudolph was an African American sprinter who became a global sports icon after winning gold in the Olympic Games. The 1960 Summer Olympics was widely televised. This led to Rudolph becoming extremely popular along with other Black athletes like Muhammad Ali, and Oscar Robinson who were competing in the Olympics in Italy that year.

Because of her performance in the Olympics, she became one of the most highly visible Black women in America and abroad in the 1960s.

In 1962 Rudolph retired from competition at the peak of her athletic career as the world record-holder in the 100- and 200-meter individual events and the 4 × 100-meter relays.

In 1963 she graduated from Tennessee State University with a Bachelor’s Degree in Education and became an educator and coach.

Rudolph died of brain and throat cancer in 1994 but her achievements have been widely honored and memorialized. She has her own U.S. postage stamp as well as multiple documentary films, and a made-for-television movie mad about her. She has also been featured in multiple books for young readers.