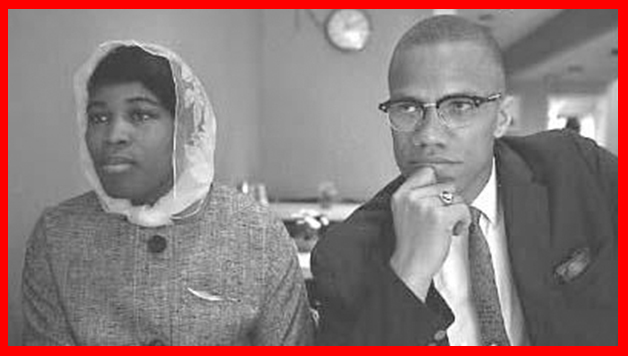 Did you know that Malcolm X’s wife Dr. Betty Shabazz was a member of Delta Sigma Theta?

Dr. Shabazz, whose original name was Betty Dean Sanders was born May 28, 1934, to Ollie Mae Sanders and Shelman Sandlin. She grew up in an abusive home but at the age of 11 she was taken in by Lorenzo Mallory, a prominent businessman and his wife Helen. Helen Malloy was a founding member of the Housewives League of Detroit, a group of African-American women who organized campaigns to support black-owned businesses and boycott stores that refused to hire black employees as well as a member of the National Council of Negro Women and the NAACP.

While her foster parents were very active in the Black community, they tried to shelter Betty from racism and did not talk about it at home. In an interview Betty once reflected on the avoidance of addressing racial inequalities in her household, “Race relations were not discussed and it was hoped that by denying the existence of race problems, the problems would go away. Anyone who openly discussed race relations was quickly viewed as a ‘troublemaker.'”

After finishing high school Betty left Detroit to move to Alabama to study education at the historically black college, Tuskegee Institute, which now goes by Tuskegee University. As she was about to get on the train to head south for school, her foster mother mumbled something to Betty that she didn’t understand. She was trying to warn Betty about the racism that awaited her down south. “The minute I got off that stage, I knew what she was trying to say. She was trying to tell me in ten words or less about racism,” Betty said later in an interview.

Betty had a very hard time dealing with Jim Crow racism in Alabama so much so that she changed her major from education to nursing and then moved to New York through a Tuskegee-affiliated program at the Brooklyn State College School of Nursing against her parents’ will.

In her second year of nursing school, Betty came in contact with the Nation of Islam because a friend invited her to a dinner party held by them. Although she wasn’t interested at first, she loved the food that they served at the party and was invited again by the same friend who told her that this time, a handsome minister would be talking and that “all the sisters want him.” Betty attended the second event and the minister who her friend had told her about happened to be none other than Malcolm X.

“I really had a lot of pent-up anxiety about my experience in the South,” Shabazz told an interviewer in 1990, “and Malcolm reassured me that it was understandable how I felt.”

Malcolm took an interest in Betty, she joined the Nation of Islam and changed her name to Betty X. The two soon started dating but in a way that was acceptable by the Nation of Islam’s teachings. The Nation teaches against one-on-one dates so members would meet up in large groups and go on group dates to visit New York’s museums and libraries and Malcolm would always ask Betty to attend.

On January 14, 1958, the same day that she received her nursing license, the two got married in Lansing, Michigan.

In the early years of their marriage, Malcolm followed the Nation’s strict marriage structure of a husband controlling and leading and the wife submitting, but things soon changed:

“We would have little family talks,” Betty once stated. They began at first with Malcolm telling me what he expected of a wife. But the first time I told him what I expected of him as a husband it came as a shock. After dinner one night he said, “Boy, Betty, something you said hit me like a ton of bricks. Here I’ve been going along having our little workshops with me doing all the talking and you doing all the listening.” He concluded our marriage should be a mutual exchange.”

Shabazz had six children with Malcolm and in 1964 the couple decided to leave the Nation of Islam, convert to Sunni Islam and change their last names from X to Shabazz.

On February 21, 1965, Malcolm was assassinated while standing at the podium giving a speech by a group of men with sawed-off shotguns and pistols who were members of the Nation of Islam. He was hit 16 times and died from the wounds. Betty was in the crowd watching the speech with her daughters. 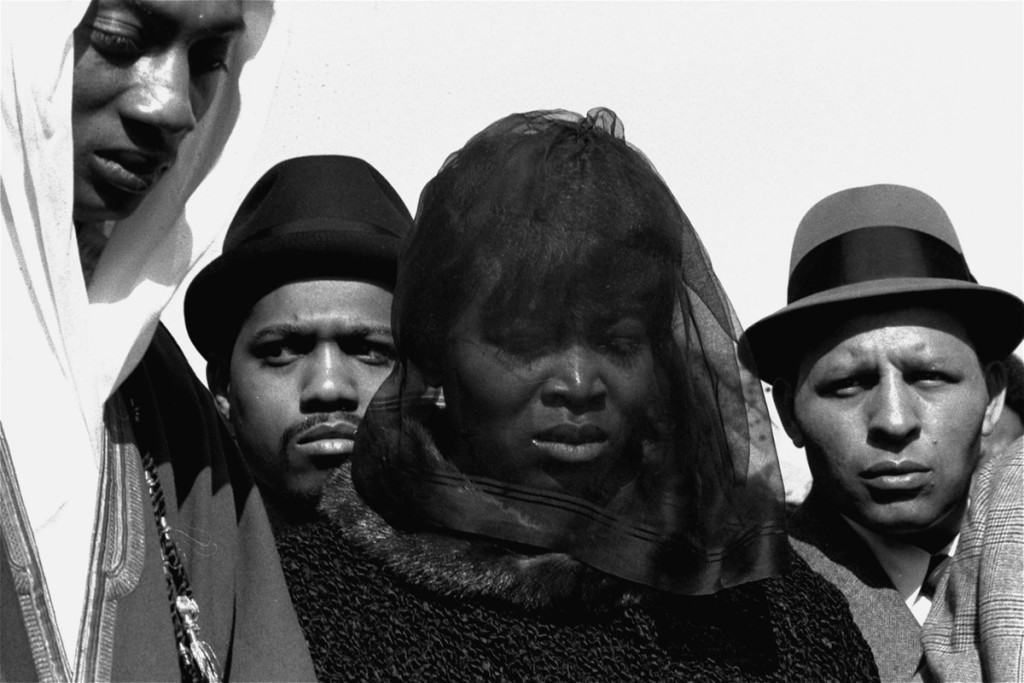 Shabazz had a tough time after the assassination. She was raising six children by herself, was dealing with anger and sadness and finances were tight.

In 1969, she enrolled at Jersey City State College (now New Jersey City University) to finish the degree in education that she left behind when she decided to become a nurse. She was able to finish her undergrad studies in one year and went on to get a masters in health administration. In 1972, she enrolled at the University of Massachusetts Amherst to do an Ed.D. in higher education administration and curriculum development.

Shabazz joined Delta Sigma Theta in April 1974 while getting her doctorate at the the University of Massachusetts Amherst which she received in 1975.

She went on to teach health sciences with a concentration in nursing at Medgar Evers College in New York where in 1984 she was given the title, Director of Institutional Advancement and Public Affairs, a position she held until her death.

In 1997, Betty’s grandson Malcolm set a fire in her apartment that resulted in her suffering burns on over 80 percent of her body and she died three weeks later at Jacobi Medical Center in the Bronx. The grandson, Malcolm Shabazz, was sentenced to 18 months in juvenile detention for manslaughter and arson.

Shabazz was buried next to her husband at Ferncliff Cemetery in Hartsdale, New York and the funeral was attended by over 2,000 people.

She was active in the North Manhattan Alumnae chapter of Delta Sigma Theta Sorority, Inc., until her death and now has memorials dedicated to her across the United States. 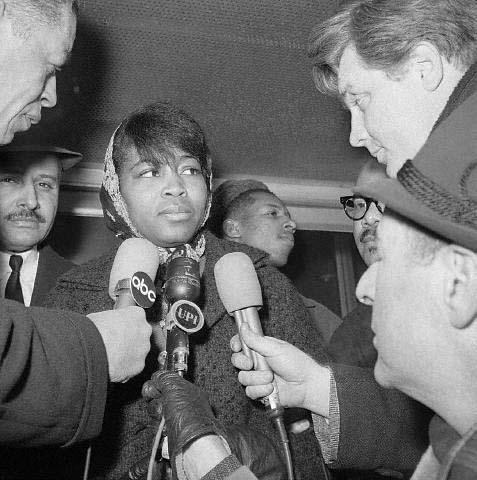 We have searched the internet and gathered some pictures and video of Betty from over the years. Click on the arrows below to see them.