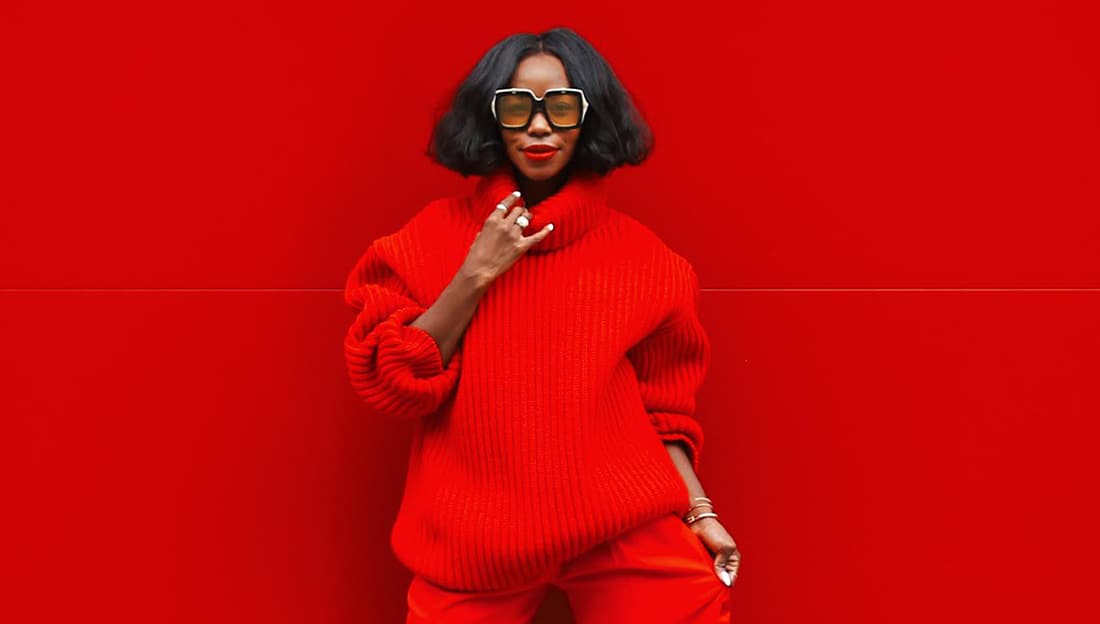 From politics to business to fashion, pick any industry and you will find a woman of Delta Sigma Theta Sorority, Inc. in charge and making an influence.

InStyle’s Fashion and Beauty Editor At Large, Kahlana Barfield Brown, just so happens to be one of these great women. A proud member of Delta Sigma Theta Sorority, Inc. who was initiated through the Alpha Chapter at Howard University, Kahlana is responsible for bringing the iconic women’s fashion magazine to your home.

Right after graduating from college, Kahlana broke into the fashion industry at the very bottom. She was living off of a $15 a day food allowance working for the fashion magazine Suede, where she opened mail and ran errands. Kahlana persisted. She eventually landed a internship at InStyle where she worked her way to the top to become the magazine’s Fashion and Beauty Editor-At-Large. She travels the world doing fashion shoots with celebrities, makes frequent television appearances, and enjoys coveted front row seats of the hottest New York Fashion Week runway shows.

When actress Gabrielle Union was asked  about her new clothing line for New York & Company, Union confessed: “We have a saying at New York & Company: WWKD. What would Kahlana do? If she would not put it on her body, it does not belong in our line.”

Take it from Gabrielle– Kahlana is definitely someone to know in the world of fashion.

Watch The Yard recently posted a photo of Kahlana and her sorority sisters attending Howard University’s Homecoming 2017 to our Instagram and the response was so great that we reached out to her to learn a little more about her career, her alma mater, and how she thinks being a member of a Black sorority helped shape her career.

Check out our Watch The Yard exclusive interview below:

What made you decide to attend Howard University for undergrad?

I knew I wanted to go to Howard since age 11. My grandmother worked as a principal in the Seattle Public School District for over 20 years and as a retirement gift to herself, she took her grandchildren on a 3-month summer trip across the United States. She wanted us to see the world at a young age, but even more, she wanted us to see black colleges. She graduated from Southern University in the 40s and had always told us that going to a black college shaped her in many ways. On the trip, we went to almost every major HBCU—Howard, Hampton, Spelman, Morehouse, Florida A&M. As soon as I stepped foot onto Howard’s campus I knew it was where I wanted to go. There’s just something about the energy and atmosphere at Howard that was unlike any other HBCU I visited, and it drew me in.

Outside of academics, what life lessons did college at an HBCU teach you?

Howard taught me to be a hustler. Plain and simple. To network, to be resourceful, not to settle for anything average. If you’re gonna do it, do it big.

The Yard at Howard is known for being a catwalk. How did Howard prepare you for a career in fashion?

Howard was definitely influential in helping me develop my sense of style. Growing up in Seattle my style was always different, and when I got to Howard, it was the first time I saw other black girls who spoke the same fashion language as me. Everyone represented their regional style to the fullest. Students from NYC to the Midwest to the West Coast all rocked a very distinct style. I was influenced and inspired to put my best foot forward every day. And we always walk across the yard in stilettos, no matter what. 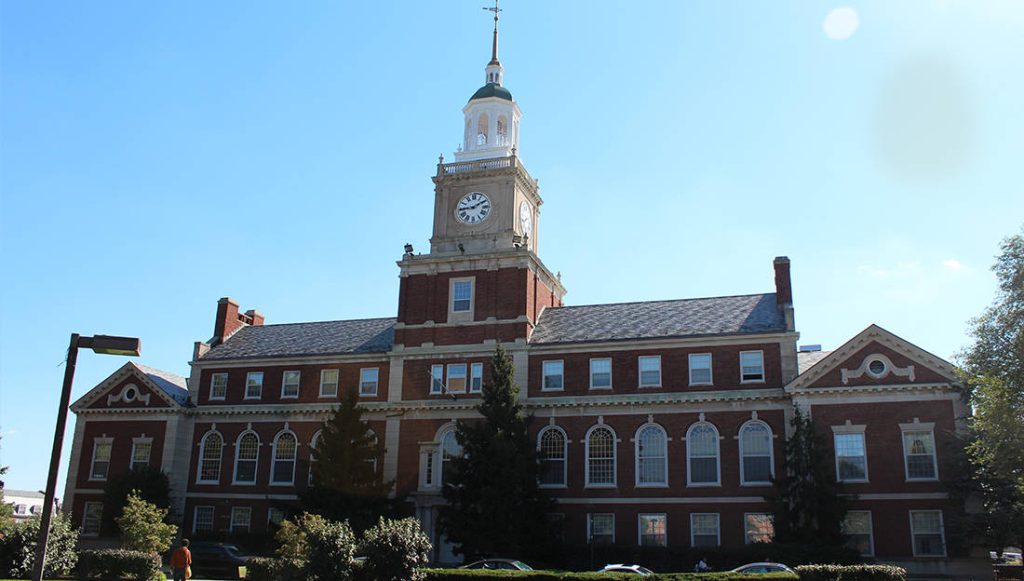 What made you first interested in joining Delta Sigma Theta Sorority, Inc.?

My grandmother is a Delta, so I grew up around Delta women my entire life. But my grandmother never shoved Delta down my throat; she always encouraged me to do research and make my own decisions based on what felt right to me. When I got to Howard, I remember trying to find the Deltas on the yard and it was a struggle because they didn’t wear much paraphernalia. I soon learned that they were actually doing the work of Delta rather than walking around in Delta jackets. They were the leaders on campus—Homecoming Chair, Yearbook Editor in Chief, captains of The Bisonette’s (our dance squad). They were dedicated to their programs and led by example. They best exemplified the goals that I’d set for myself and the commitment that I’d made to my community. 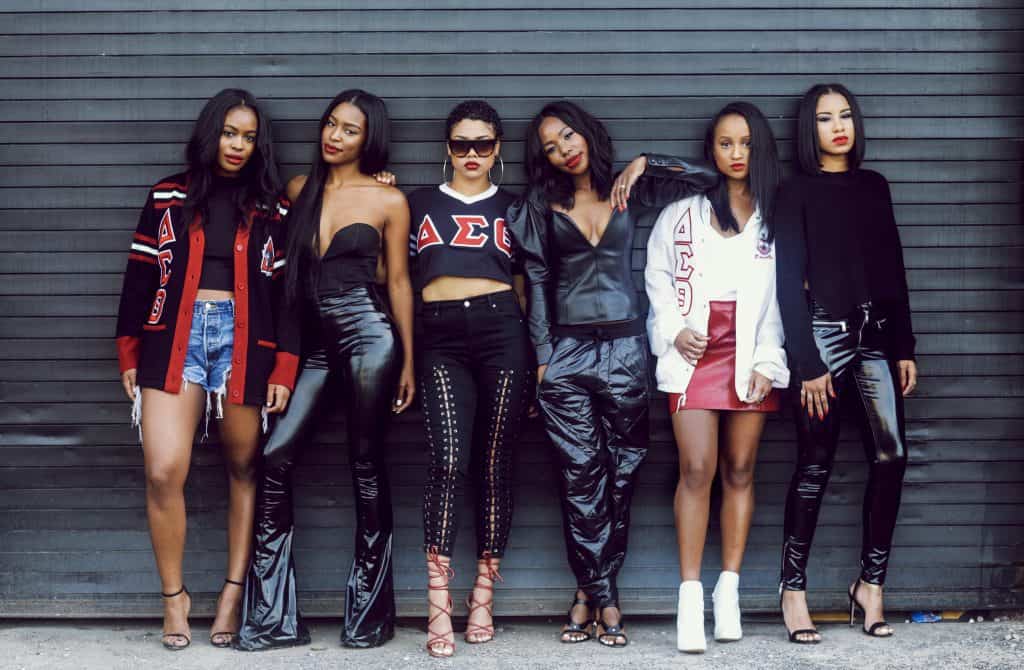 What is your favorite memory as an undergraduate member of the Alpha Chapter of Delta Sigma Theta Sorority, Inc.?

Too many to name! But I guess one that stands out was my line winning our first step show. I’m a step master and the homecoming step show is a big deal at Howard. We don’t play. We worked so hard and our show was on point. Then, we did it again the next year. So, having bragging rights that we never lost a step show always feels good.

What is unique about the Alpha Chapter experience?

We often say ‘the Founders are our Prophytes’ and it’s our way of honoring and respecting that we’re walking on the same campus where our Founders once walked. I also would say this is unique to 5 of the Divine 9 organizations that were founded at Howard. We all have a mutual respect for one another being in our organizations at the same time. Some of our best friends are AKAs. We genuinely love each other. Well, until the step show rolls around.

As you have matured in your career and become successful, looking back, how do you think joining a Black sorority has contributed to where you are now?

It created a plethora of successful role models; outstanding women who I could connect with and instantly bond with before even asking a single question. Then, once I did have questions to ask, these women guided and supported me, personally and professionally with their advice, wisdom, and experience.

The fashion industry has long struggled to diversify, both behind the scenes and in front of the camera. What has your experience been like as a woman of color in the industry? What is your advice for navigating workspaces where you’re likely the “only”?

I’m used to being one of “the only’s” in the fashion media world, but I feel lucky to work for a brand that empowers me to tell our stories and push the conversation forward. The best advice I can give is to stay true to yourself and don’t downplay your personality. Your uniqueness is what you have to offer. Never water yourself down. 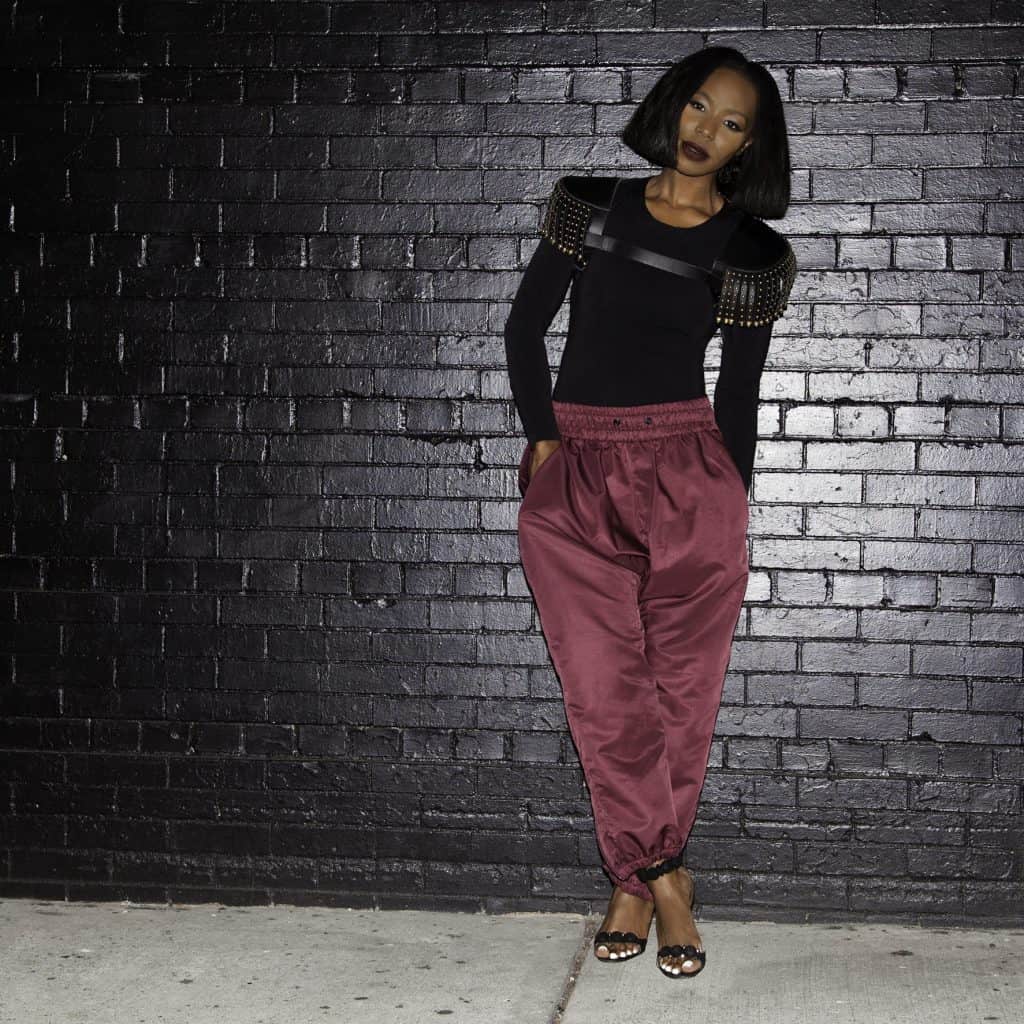 We’ve noticed that you have developed relationships with neos in your chapter who have followed in your professional footsteps to become style editors. What is unique about mentoring a soror?

I love my neos, and it’s important that they have someone to motivate and support them. I have their backs just like my prophytes had mine. When I first moved to New York, my prophyte let me sleep on her couch for months until I landed on my feet. That’s what we do. We hold each other down. 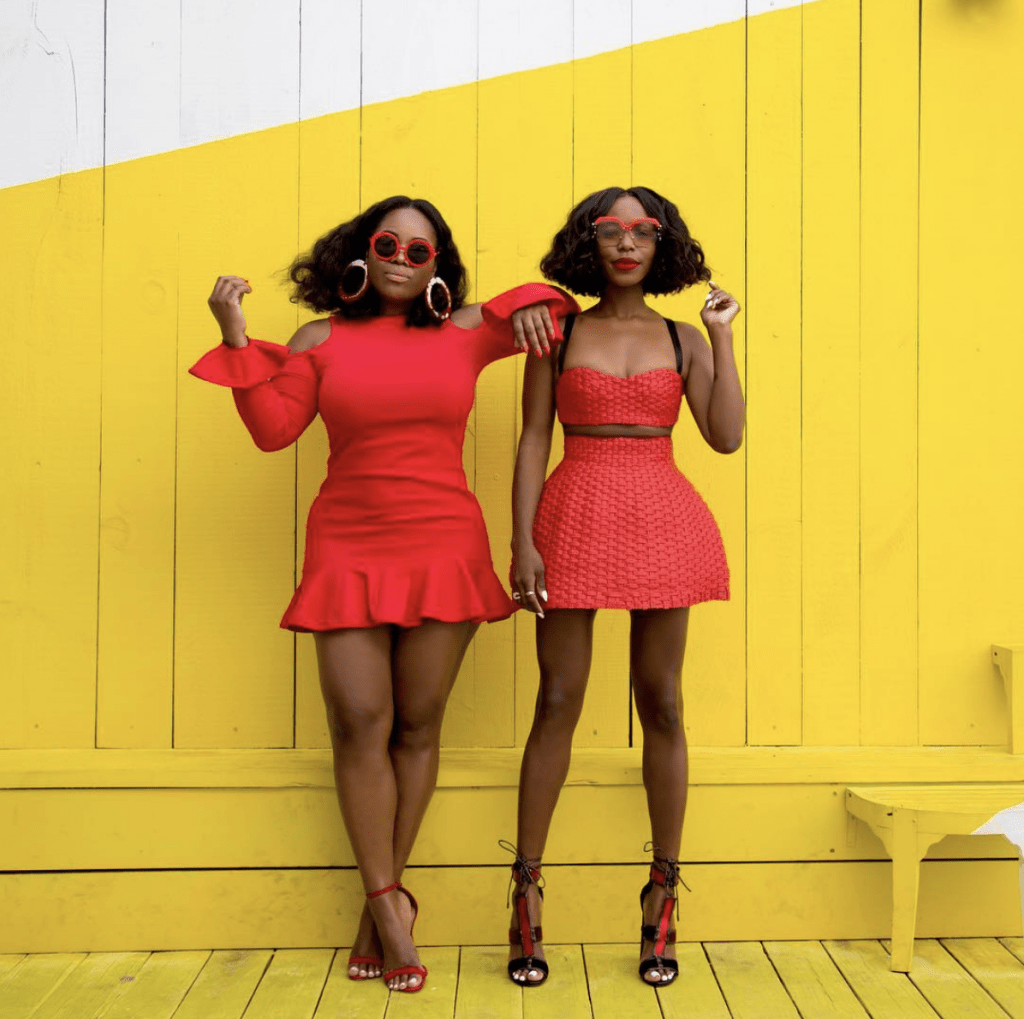 We’ve got to ask a couple of fashion questions! What do you think defines a woman of Delta Sigma Theta’s style?

Confidence. We all have our own unique personal styles, but the common denominator is that we all have the confidence to own it. 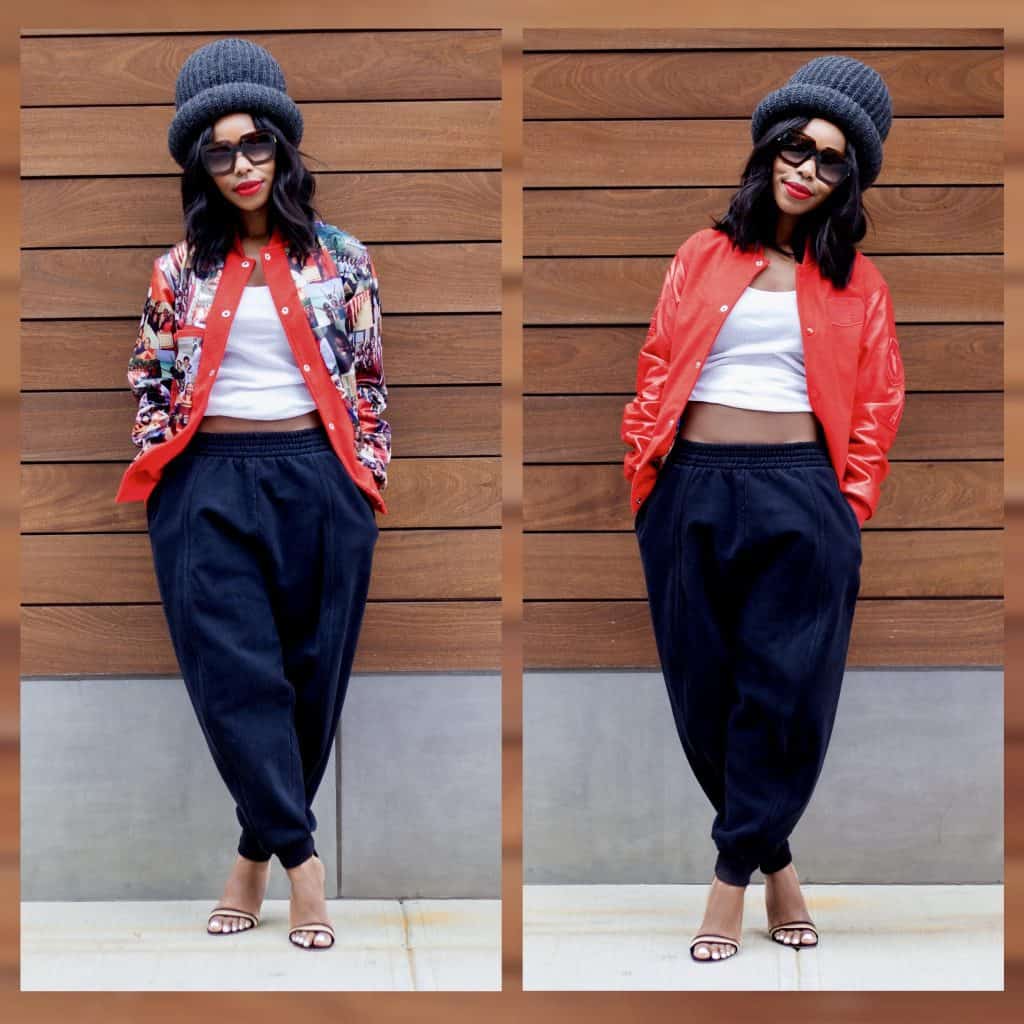 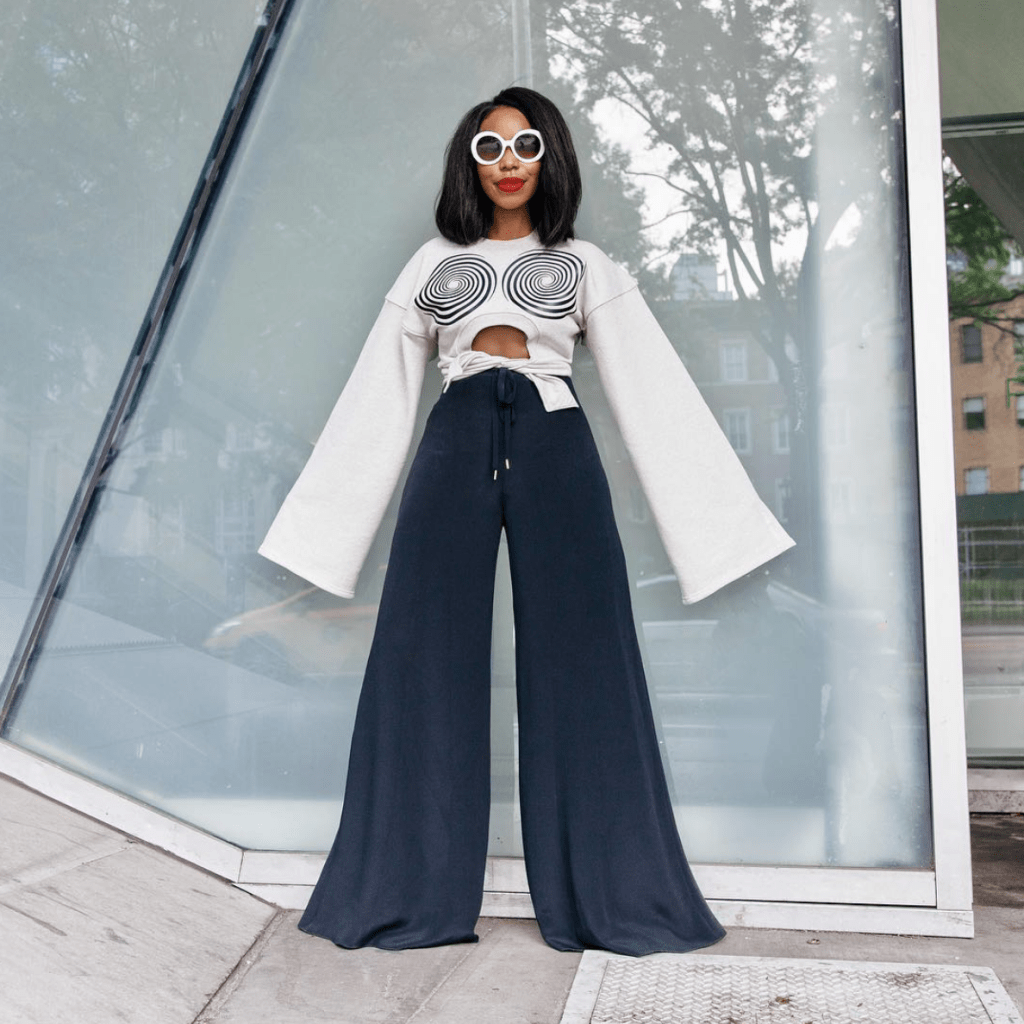 We have to throw it out there for our readers–What are your top tips for the collegiate fashionista on a budget?

Mix vintage pieces with items from fast fashion stores like Zara and Topshop. Sometimes I spend hours in vintage stores stocking up on pieces that don’t cost more than $20. You don’t need to spend a lot of money. Be creative.