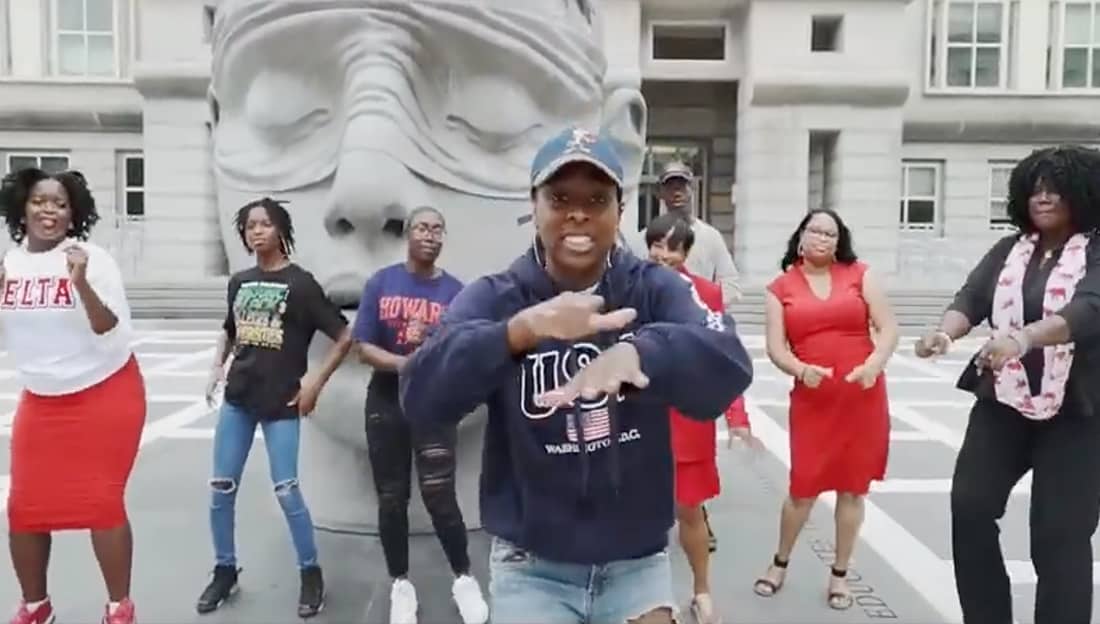 The women of Delta Sigma Theta definitely know how to activate the community!

The North Jersey Alumnae Chapter of Delta Sigma Theta Sorority, Inc. recently created a music video encouraging people in the their local area of Newark and East Orange, New Jersey to vote and it is making its way across the internet.

This year, a focal theme for their chapter is”promoting active & responsive citizenship” and making it accessible and fun. This election cycle and the upcoming 2020 Census are crucial around the country and in the chapter’s service area.

“Newark & East Orange are some of the hardest to count places in the nation and also have record low voting. Over 50k eligible voters in the City of Newark are unregistered. Its time we make moves,” Jatirah Diggs, a 2017 initiate of the chapter and the main rapper in the video told Watch The Yard. “I am on the Chapter Social Action Committee and I really wanted to involve the youth by giving them access to information via music because this generation is more visual based and more on social media so reaching out to them this way should help inspire them to get out and vote for their future!”

Check out the full video below that they made below:

“Millennials represented nearly 50% of the entire voter population in the 2016 election. The youth vote IS the future! Key issues in every election relate to the concerns of students and professionals between 18 and 29, making it essential for millenials and GenZ to educate themselves on political issues and take to the polls, ensure you are counted during the 2020 Census securing resources for your community, be involved 365 days a year, sit on boards, advocate for your community, hold elected officials accountable and if they disappoint take their spot! No one else is going to vote in the interest of young people except young people. So, what do we do? We start to be the change that we look for,” Diggs stated.

We at Watch The Yard would like to commend the North Jersey Alumnae Chapter for their dedication to democracy and their community.