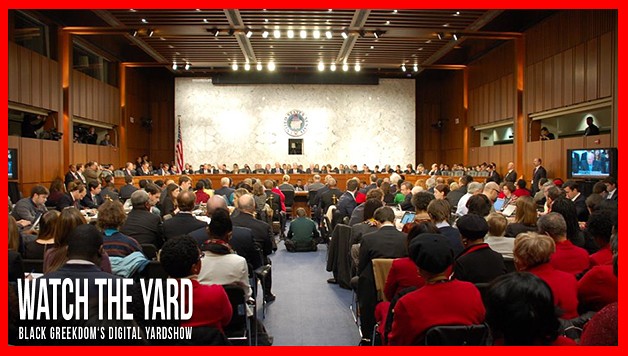 The women of Delta Sigma Theta Sorority Inc., know how to support their members. On Wednesday, the Senate hearing room where sorority sister, Loretta Lynch was up for the position of Attorney General was packed with a sea of fellow DST sisters wearing crimson and creme to support her.

According to Time Magazine who broke this story, Lynch is preparing for a tough hearing for the position of Attorney General. She has a sisterly connection to current Attorney General Eric Holder’s wife, Sharon Malone, who she helped start a chapter of Delta Sigma Theta at Harvard with. Conservative media apparently sees this connection between the two as controversial but that did not stop the wave of supporters who showed up to represent their fellow sister on Wednesday.

Take a look at some of the pictures from the hearing below. 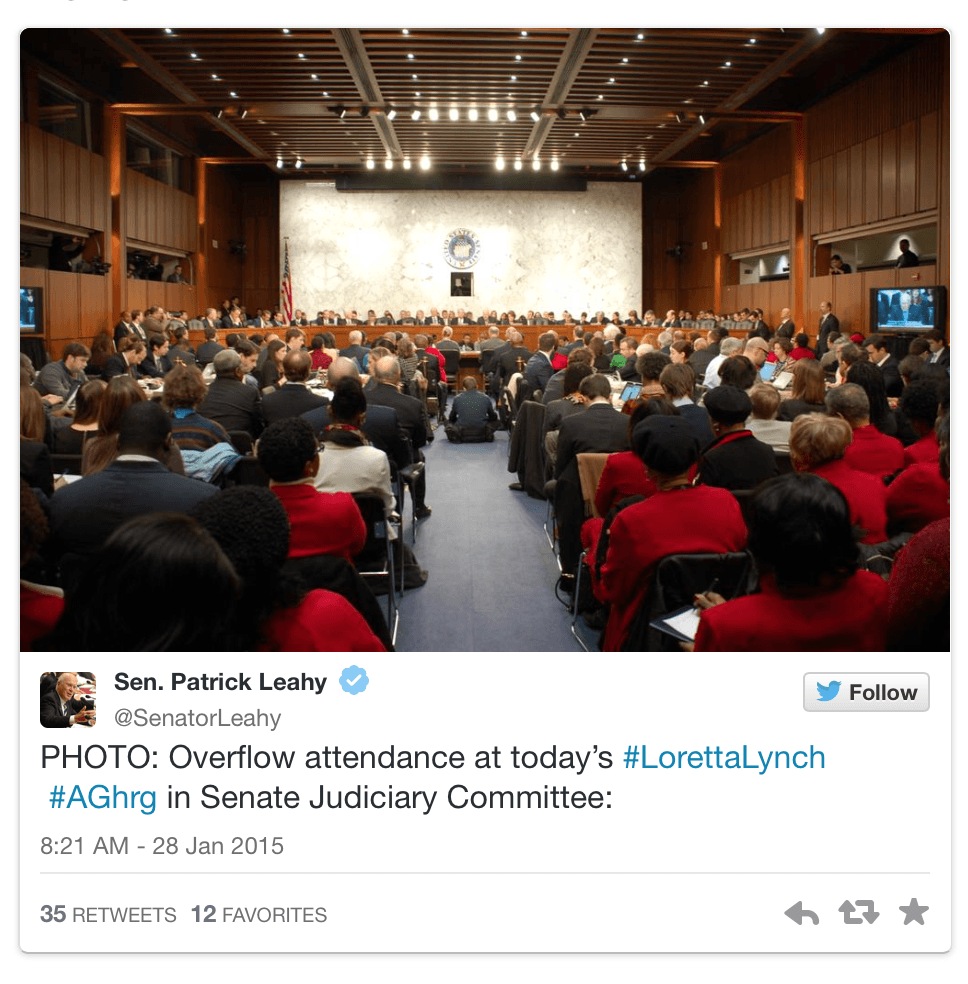 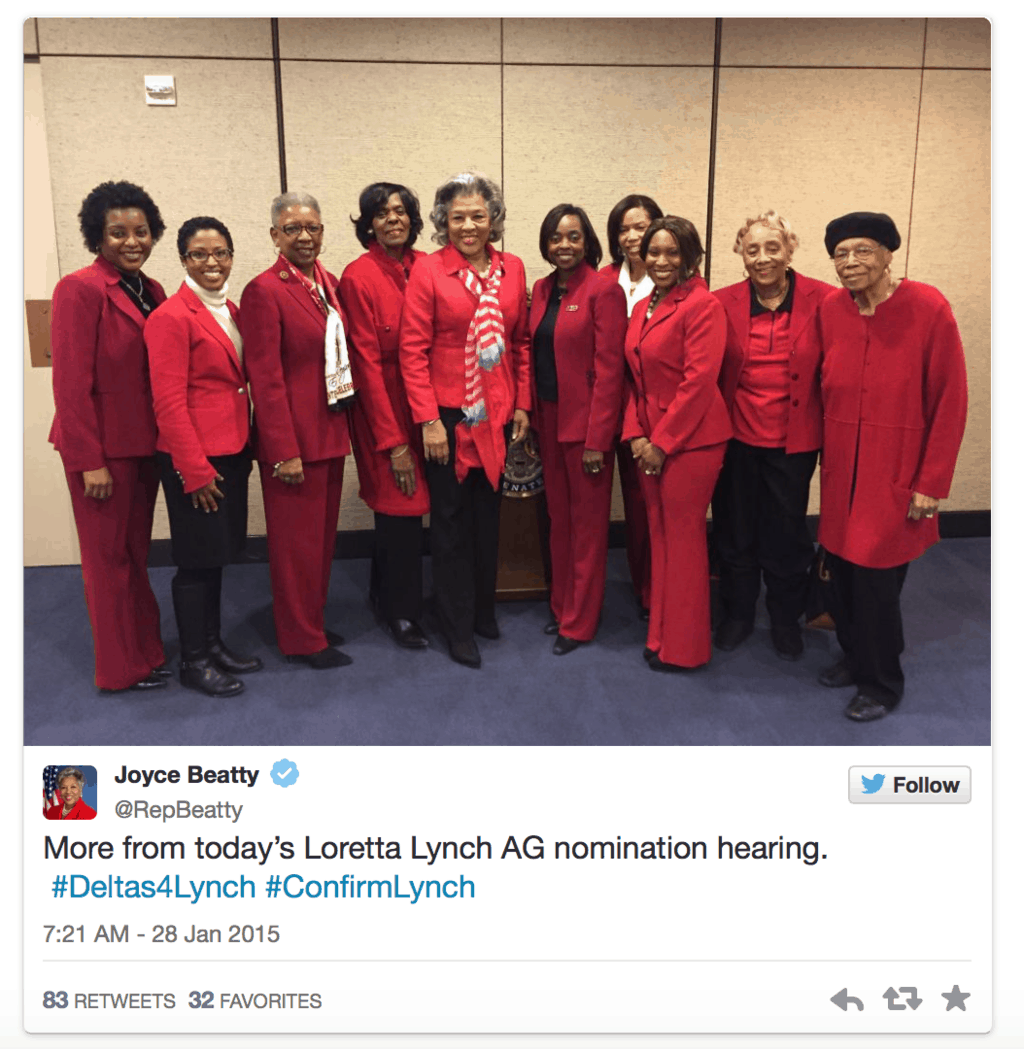 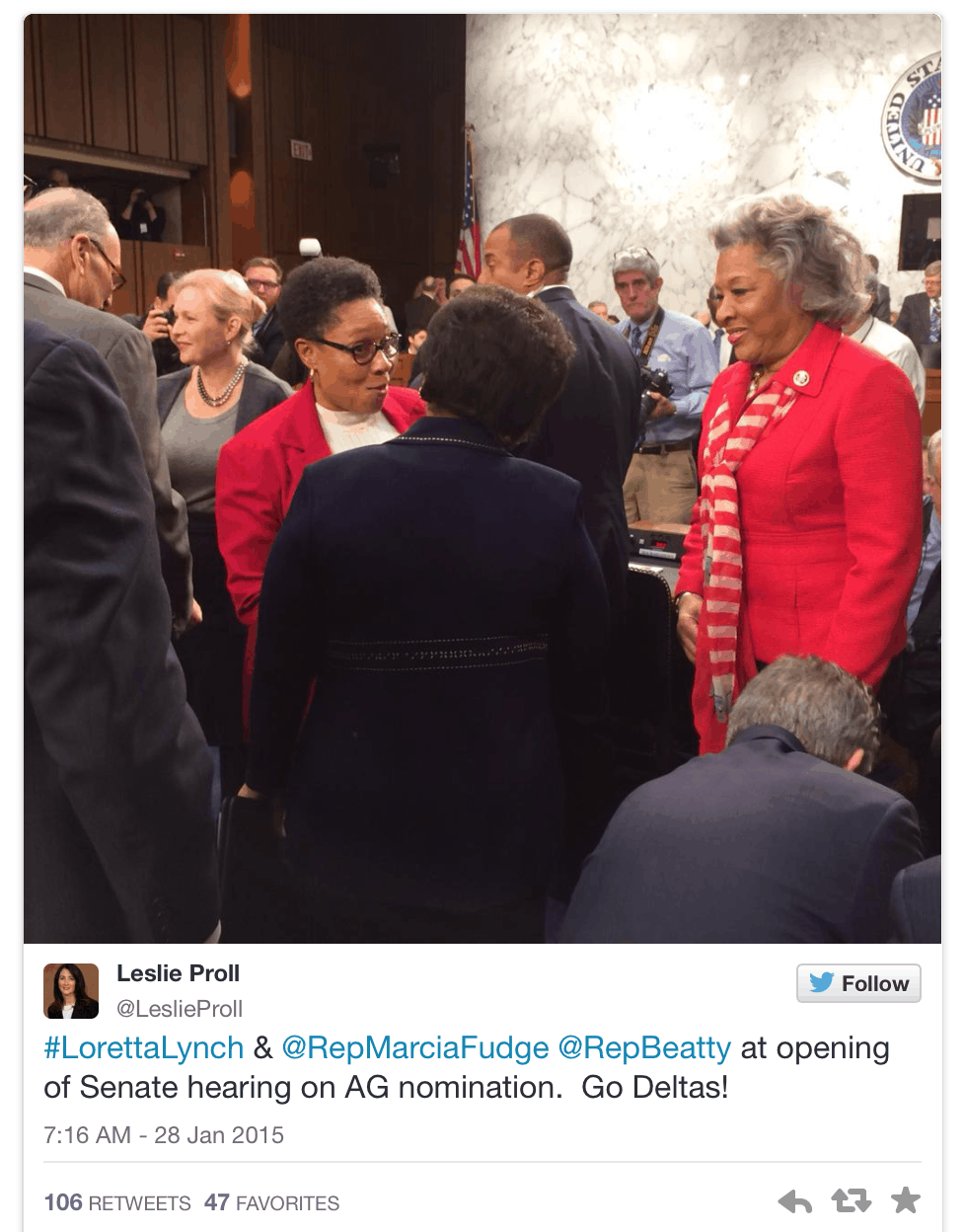 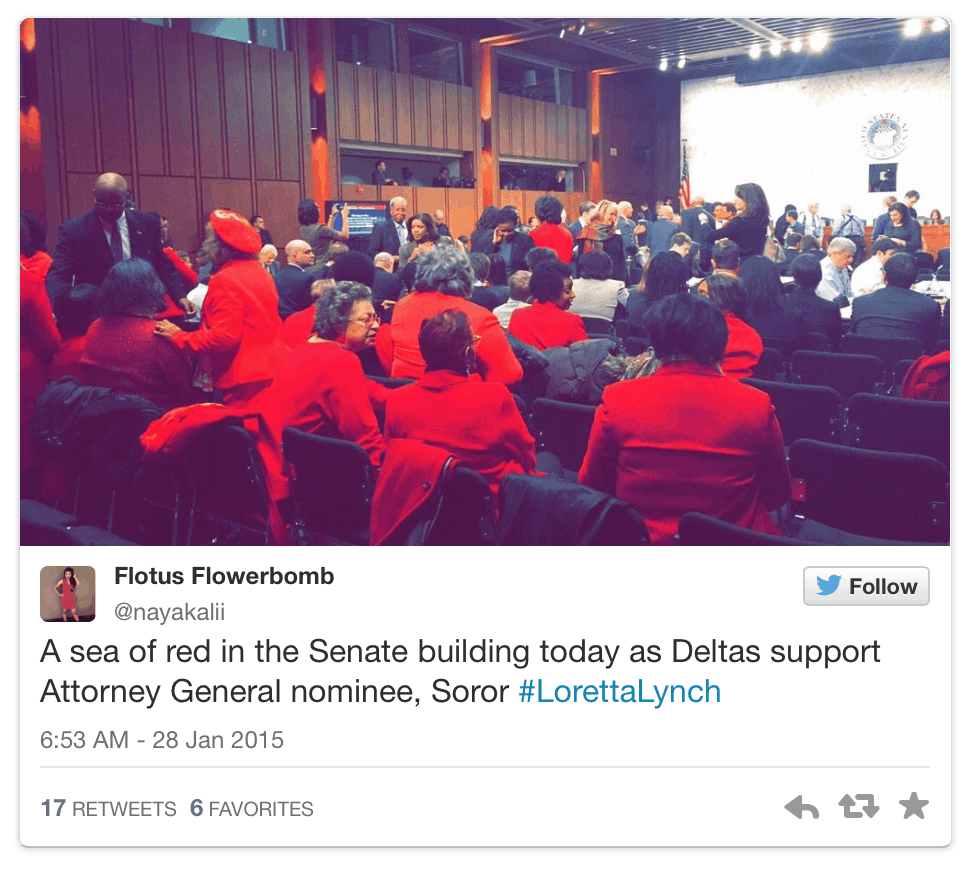