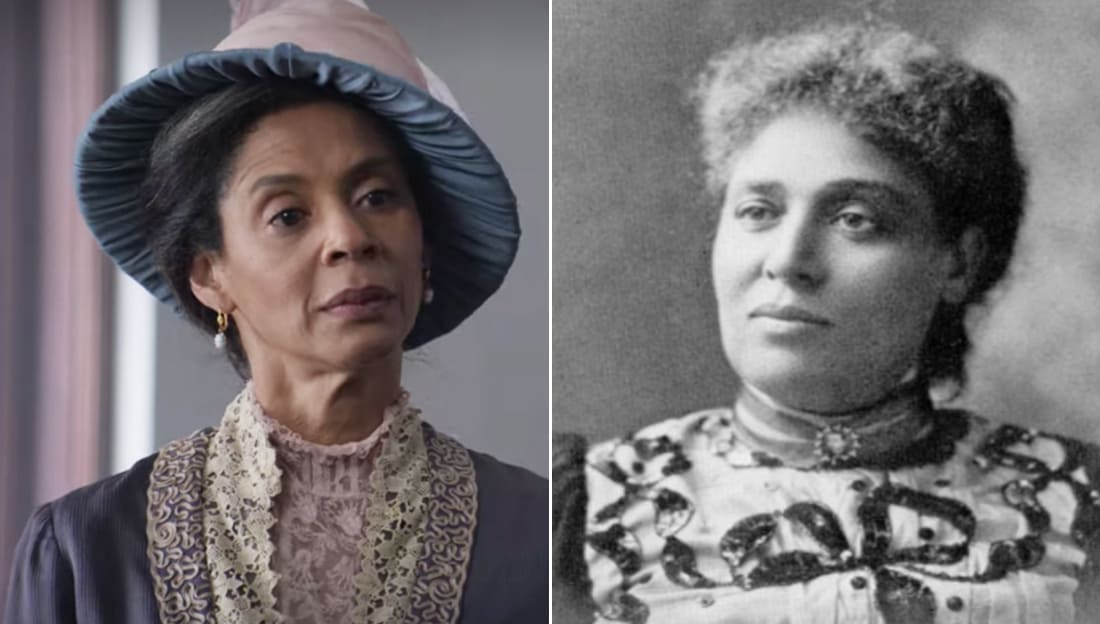 Netflix’s new series Self-Made has opened up a discussion about Black women’s economic impact on America.

Self-Made is a new mini-series that chronicles the story of businesswoman Madame C.J. Walker from the beginning of her business ventures in St. Louis to esteemed philanthropist and millionaire.

The mini-series does a good job at capturing the hardships of being a Black woman entrepreneur during the early twentieth century. Issues relating racism, classism, colorism, misogyny and sexual abuse are all touched on. However, a major critique of Self-Made is the attempt to pass off Black clubs women, and in particular Booker T. Washington’s wife Margaret Murray Washington, as one-dimensional, domesticated women who lived in the shadows of their husbands. In reality, Margaret Murray Washington’s life as an educator, principal, and activist completely debunks that assertion.

Margaret Murray Washington, depicted by Kimberly Huie in Self-Made, is most notably remembered in the mini-series for galvanizing Black clubs women to donate money in support of Madame C.J. Walker’s factory in Indianapolis. Although that is not historically accurate, she was still a part of a legacy of activists whose work had a profound impact on the lives of Black women and their families.

Margaret Murray Washington was born in Macon, Mississippi during the early 1860’s.¹ She was orphaned by the age of seven, and then lived with a Quaker family who promoted education and a career in teaching for Margaret. She studied at Fisk University and graduated with honors in 1889. While at Fisk, she served as an associate editor for the Fisk Herald, a student-run newspaper, at the same time that W.E.B Du Bois served as the paper’s Editor-in-Chief. Described by Fisk’s President Erastus Milo Cravath as, “an excellent scholar and good disciplinarian, possessing more than an ordinary degree of energy and executive ability.”² Washington was not only a model student but a highly regarded instructor.

With graduation from Fisk on the horizon, Margaret had plans of teaching in the state of Texas come the fall of 1889. However, at the invitation of Booker T. Washington, she began working at Tuskegee Institute (now Tuskegee University).³ The school was only eight years old at the time. She served as Dean of the Women’s Department and was commonly referred to as Tuskegee’s Lady Principal. In this capacity, she organized and raised funds for the creation of Dorothy Hall– a facility where women’s coursework would be held.

By 1893, Margaret and Washington had wed and moved into Washington’s family home on the campus of Tuskegee. The couple had no children, but she helped raise Washington’s three children from previous marriages: Portia, Ernest, and Booker T. Jr. In addition to being a devoted mother and wife, she was also a respected confidant and advisor to Washington, helping write some of his speeches.

In 1895, Margaret chartered the Tuskegee’s Women Club.⁴ The primary purpose of this group was to provide social and economic uplift to the community and serve as an advocacy group for women’s suffrage. One year later, at the request of leading Black women leaders such as Josephine St. Pierre Ruffin, Ida B. Wells, Mary Church Terrell and Margaret Murray Washington, all colored women’s clubs throughout the country merged to form the National Association of Colored Women’s Club.⁵ When the conglomerate was completely formed in July of 1896 Margaret served as chair of the Executive Committee.⁶ She later served as the groups’ 5th National President from 1912-1916. After ending her presidency, she was given the title Honorary President and continued to serve as an editor for the organization’s publication– National Notes.

On December 5, 1922 Margaret Murray Washington, an Honorary Member of Delta Sigma Theta, chartered the sorority’s Zeta Beta chapter now Tuskegee Alumnae Chapter in her family’s home.⁷ There were a total of ten members of Tuskegee’s faculty who were already affiliated with the sorority that served as charter members.⁸ The authorization of this chapter was granted by the sorority’s first National President Sadie Tanner Mossell Alexander.