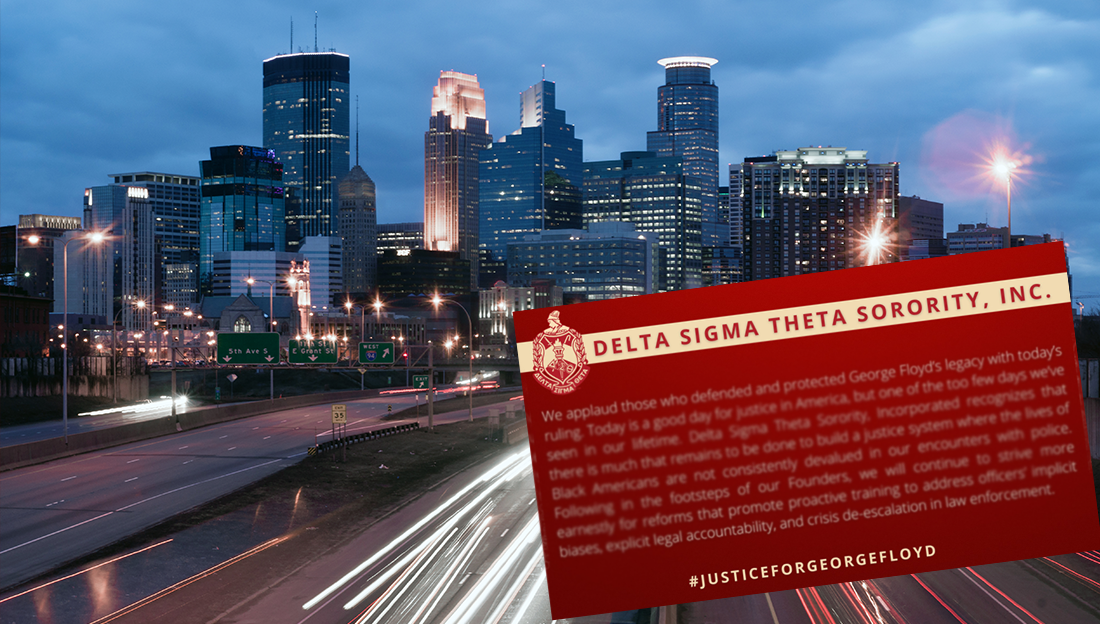 The sorority sisters of Delta Sigma Theta Sorority, Inc. have released a statement on the Derek Chauvin trail verdict for the murder of George Floyd.

The statement, which was released shortly after the verdict was announced was posted to the sorority’s official social media channels.