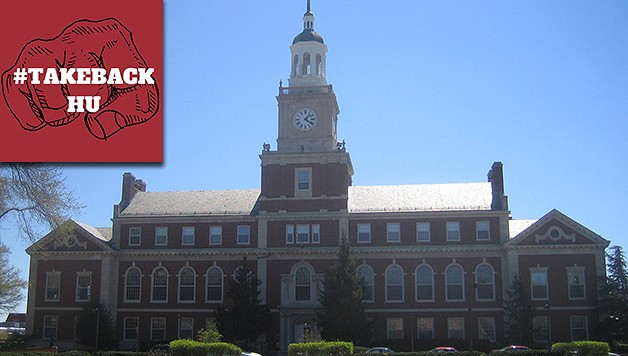 Fed up Howard University students and alumni have taken their frustration with their university public and now it has gone viral.

On Wednesday ,thousands of complaints with the hashtag #TakeBackHU were tweeted by out by students and alumni about problems at the historically black university in Washington, D.C.

Complaining publicly about an HBCU is something that is usually frowned upon within the wider HBCU community but these complaints were paired with pride for the school and mentions of the students/alumni feeling bad that they had to take their problems to social media because of their allegiance to the school. The general consensus from the people on Twitter was that airing their problems out publicly was the only way that they could create effective change.

Take Back HU issued the following statement about their cause: 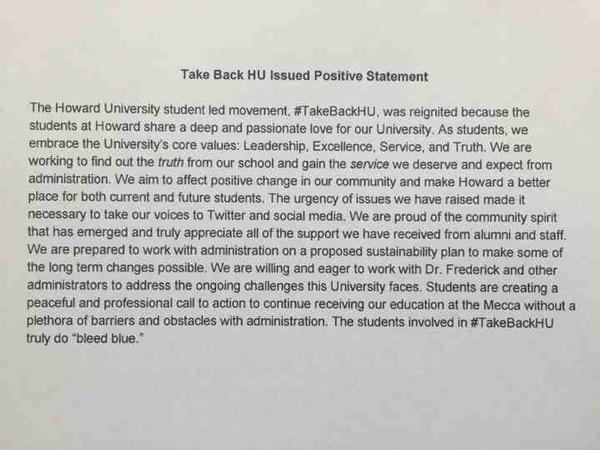 Howard’s President posted a message on Twitter Wednesday night as a response to the storm of tweets which was so large that it became a featured trending topic on Twitter:

But those seemed like hollow promises to the students and alumni who felt as if they are not being heard.

We at WatchTheYard.com have complied a list of the top #TakeBackHU tweets.