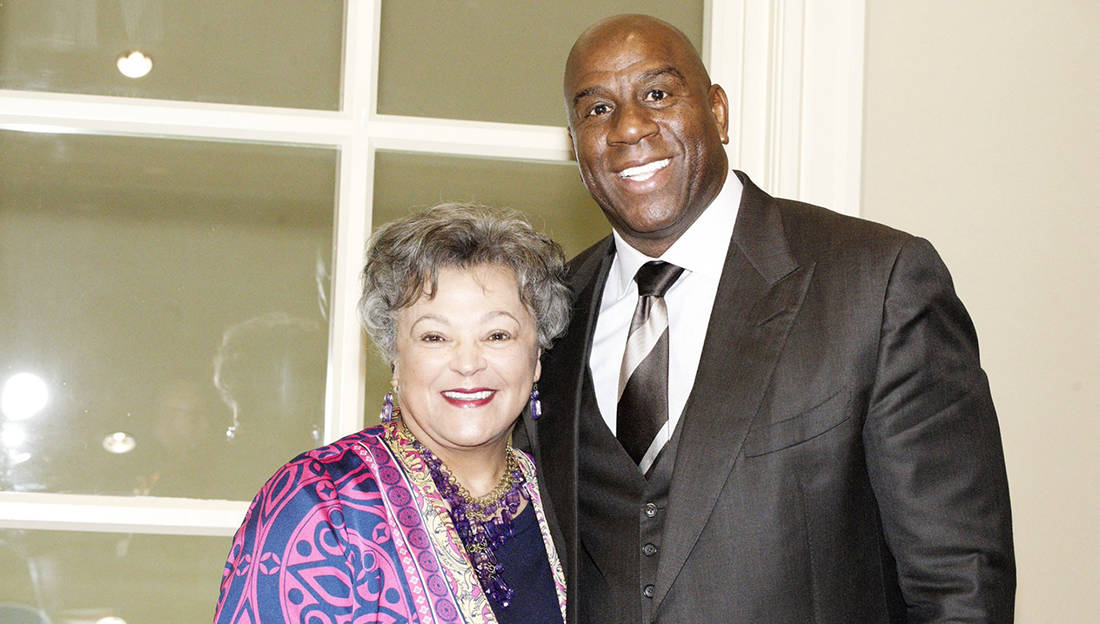 Magic Johnson put his money where his mouth is when it comes to supporting Historically Black Colleges and Universities by pledging $1 million to Central State University in Ohio.

Johnson made the announcement while attending this year’s induction ceremony for the university’s Marauder Athletic Hall of Fame. During a speech to the crowd, he broke the news that he would pledge $1 million to the school.

“It is so important for our young people to move on and get a degree from a quality institution. I love making sure that they receive a quality education and go on to become successful and do great things in our society,” he stated.

During today's @go_marauders Hall of Fame Luncheon, CSU Believer @MagicJohnson announced that he will donate $1 million to @CentralState87.

“Magic believes in the mission of our university. His gift shows his commitment to education. We encourage others to join Magic in becoming CSU believers and invest in the future success of our students,” Marauder Sports quoted Jahan Culbreath, vice president of Institutional Advancement for the university stating about Magic’s gift.

Johnson has a history of showing love to Central State University. In 2008 he spoke at CSU’s Leadership Speakers Series and he was there for the university’s grand opening of its new University Center in 2015.

We at Watch The Yard would like to commend Magic Johnson for making this donation. It is great to see people in positions of power giving back to HBCUs and making quality education a priority.