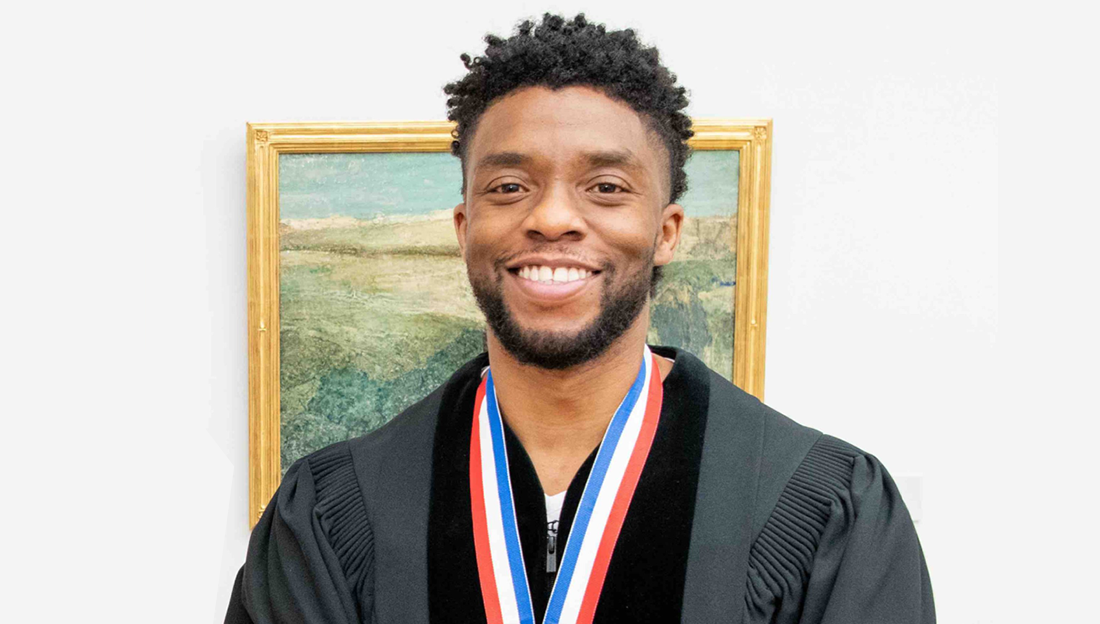 Howard University announced Wednesday that they are renaming their reestablished College of Fine Arts to honor alum Chadwick Boseman.

This announcement comes just a week after Howard named Phylicia Rashad as dean of the recently reestablished College of Fine Arts.

Boseman, who attended the HBCU from 1997 to 2000 before becoming a famous actor, died at of colon cancer last August. As an undergrad Boseman led protests against the Howard’s plan to absorb College of Fine Arts into the College of Arts & Sciences. In 2018, after the release of the movie Black Panther he received an honorary doctorate from Howard where he gave the commencement speech. At that same ceremony Howard president Wayne A. I. Frederick announced the fine arts college would return to its independent status.

“When Chadwick Boseman returned to campus in 2018 to serve as our commencement speaker, he called Howard a magical place. During his visit, I announced our plans to reestablish the College of Fine Arts and he was filled with ideas and plans to support the effort in a powerful way,” Howard president Wayne A. I. Frederick said Wednesday. “Chadwick’s love for Howard University was sincere, and although he did not live to see those plans through to fruition, it is my honor to ensure his legacy lives on through the Chadwick A. Boseman College of Fine Arts with the support of his wife and the Chadwick Boseman Foundation..

According to President Frederick, Disney’s Bob Iger will lead the fundraising efforts for an endowment named after Boseman as well as construction of a new building that will be home to the Chadwick A. Boseman College of Fine Arts among other departments.

“I am extremely pleased that Howard University has chosen to honor my husband in this way and elated that Ms. Rashad has accepted the role as Dean,” Chadwick’s wife, Simone Ledward-Boseman stated. “Chad was a very proud Bison — both Howard and Ms. Rashad played integral roles in his journey as an artist. The re-establishment of the College of Fine Arts brings this part of his story full-circle and ensures that his legacy will continue to inspire young storytellers for years to come.”

Rashad was a mento of Boseman. During undergrad, Rashad befriended Boseman and became one of his mentors. She even helped him get funding to pay for a summer acting program at Oxford University while at Howard.

President Frederick has stated that the new building will be built in the existing parking lot directly behind the current College of Fine Arts building.