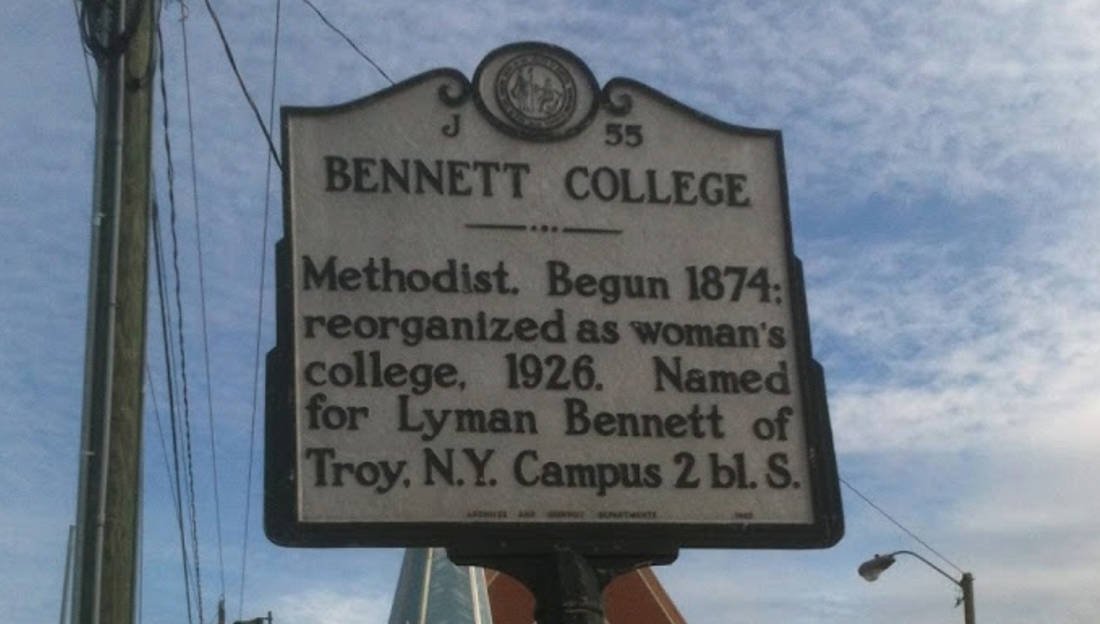 The private women’s HBCU Bennett College has lost its accreditation.

The Southern Association of Colleges and Schools announced on its website Friday that Bennett lost its appeal hearing Monday with the following statement. 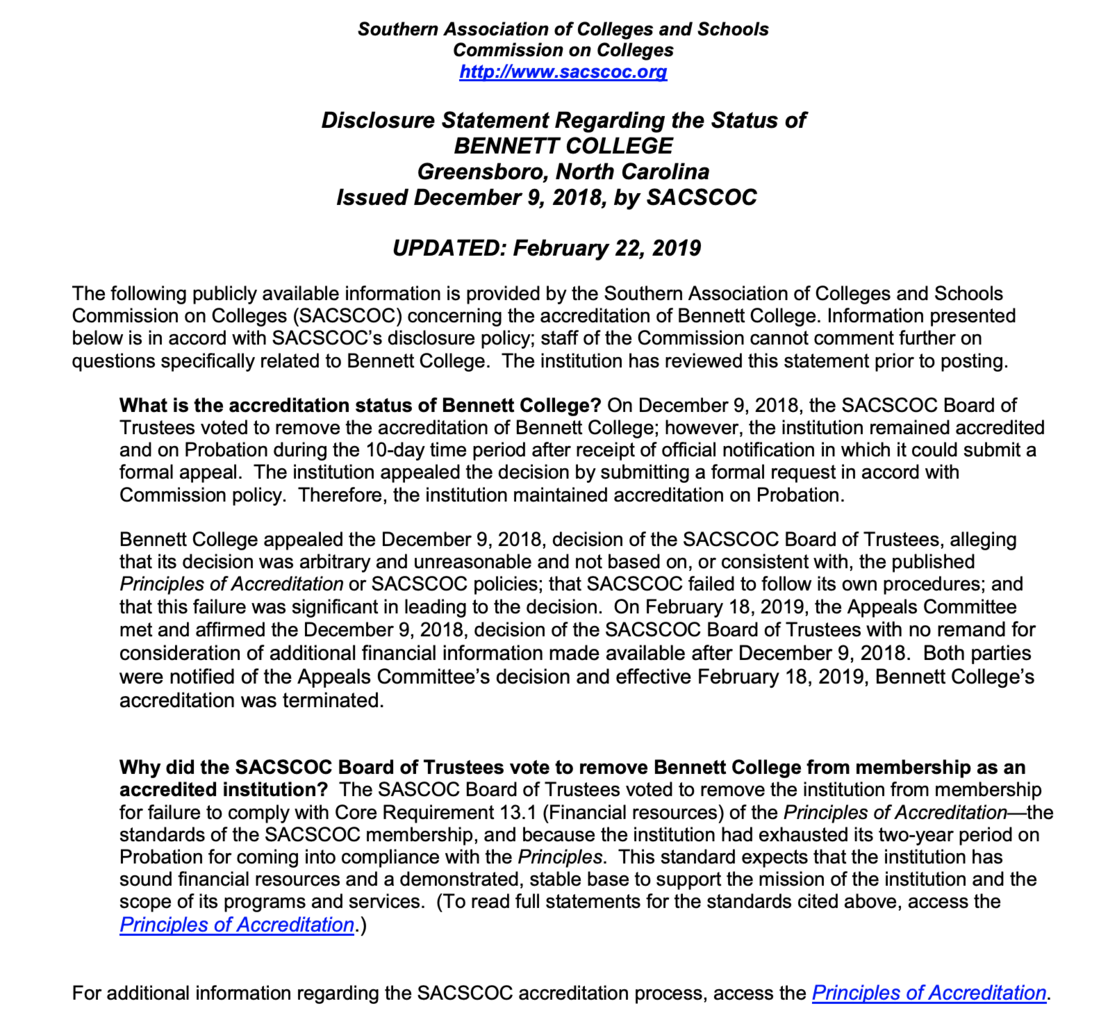 The Appeals Committee of the College Delegate Assembly confirmed the removal of Bennett’s accreditation in a news release issued on Friday that was shared by My FOX 8. 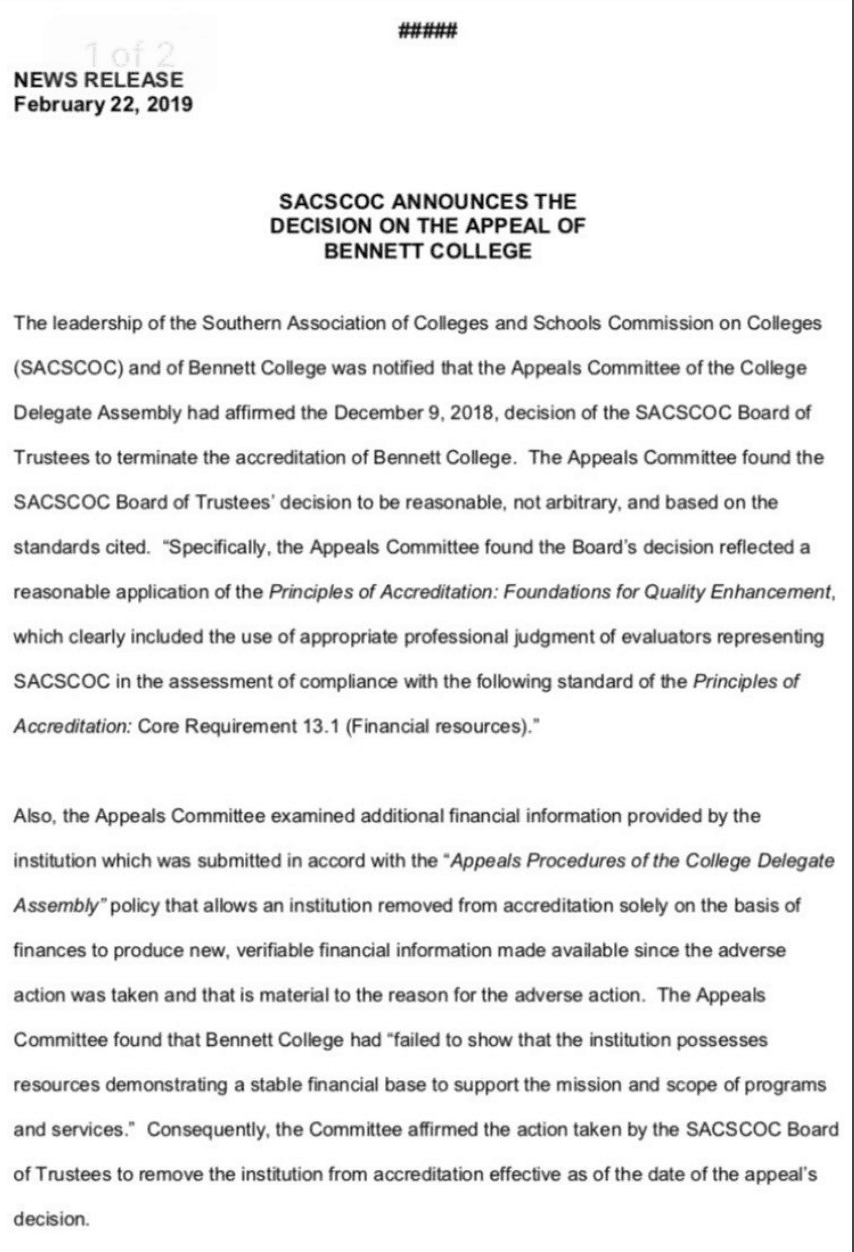 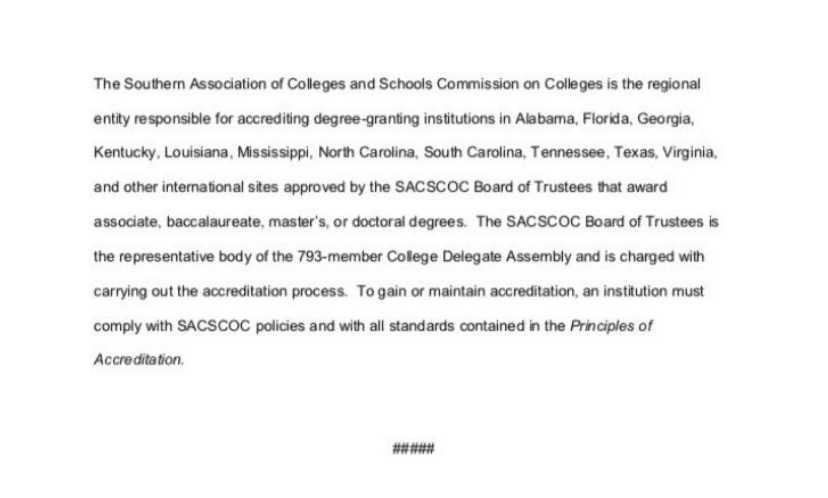 According to the SACSCOC,  the committee made the decision “with no remand for consideration of additional financial information made available after December 9, 2018.” This means that they did not recognize the over $9.5 million that the college was able to raise in a successful fundraising campaign after the board’s decision in January with the help of over 11,000 donors or its newly developed strategic five year plan, that included ways to strengthen the financial base by increasing enrollment and retention.

According to reports, Bennett College leaders were notified that the college lost its accreditation on Feb. 18.

Bennett College has 145 years of history and is one of two historically black colleges for women left in the United States.