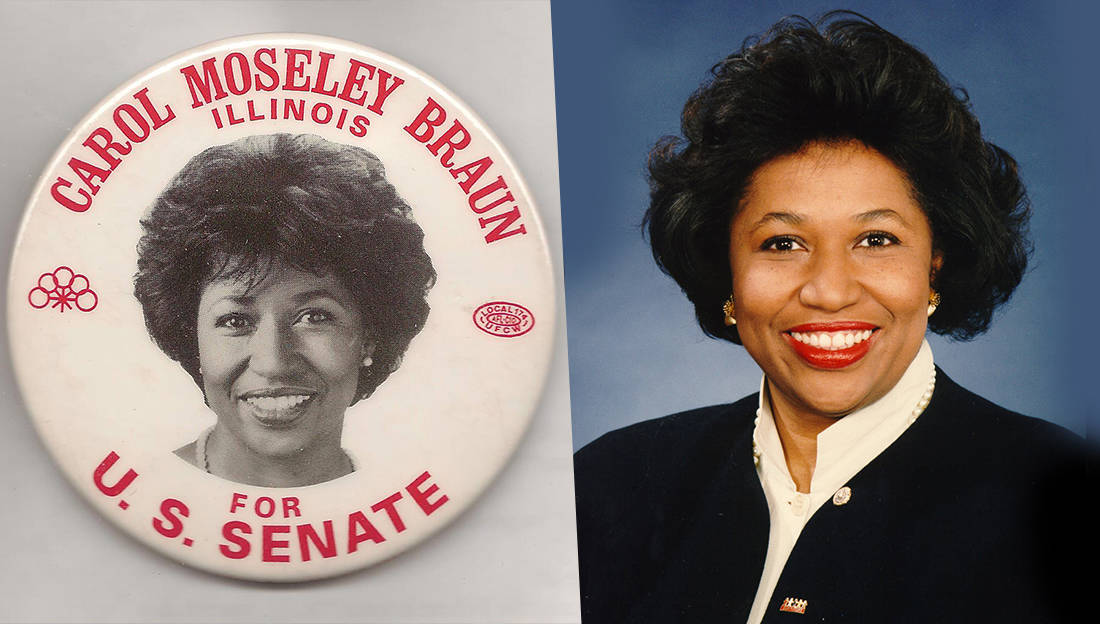 When Alpha Kappa Alpha’s Kamala Harris became Senator-Elect in California this month, she walked through a glass ceiling that had previously been broken and stood firmly on the shoulders of the great Carol Moseley Braun.

Moseley Braun, an honorary member of Delta Sigma Theta Sorority, Inc., was the first African American woman elected to the U.S. Senate in 1992.  At the time of her election, she was only the second black Senator since Reconstruction and the first African-American woman.  Representing the state of Illinois, Moseley Braun continued to break barriers by being the first woman to serve on the Finance Committee, and the second woman to serve on the Senate Judiciary Committee. She has also served on the Senate Banking, Housing, and Urban Affairs, and the Small Business committees.

Although Moseley Braun served a single-term in office as a senator, she was a national symbol of change, reform, and equality with her dedication to civil rights, education, and families.  She was recognized for her efforts as the 1992 recipient of the Glamour Woman of the Year Award.

In 1993, Moseley Braun was the catalyst for convincing the Senate Judiciary Committee not to renew a design patent for the United Daughters of the Confederacy (UDC) because it contained the Confederate flag.

Born and raised in Chicago, Illinois in 1947, Moseley-Braun attended the University of Illinois and earned her J.D. from the University of Chicago School of Law.  She showed an early interest in politics and began her career in public service as a prosecutor in the office of the U.S. Attorney and eventually was elected to the Illinois House of Representatives, and also Recorder of Deeds for Cook County, Illinois.

Under the Clinton and George W. Bush administrations, she served as the United States Ambassador to New Zealand and Samoa. Since leaving public office, Moseley Braun has taught political science at Morris Brown College and DePaul University.  She currently runs a private law firm, Carol Moseley Braun LLC, in Chicago and is a founder of Good Foods Organic, an organic food company.