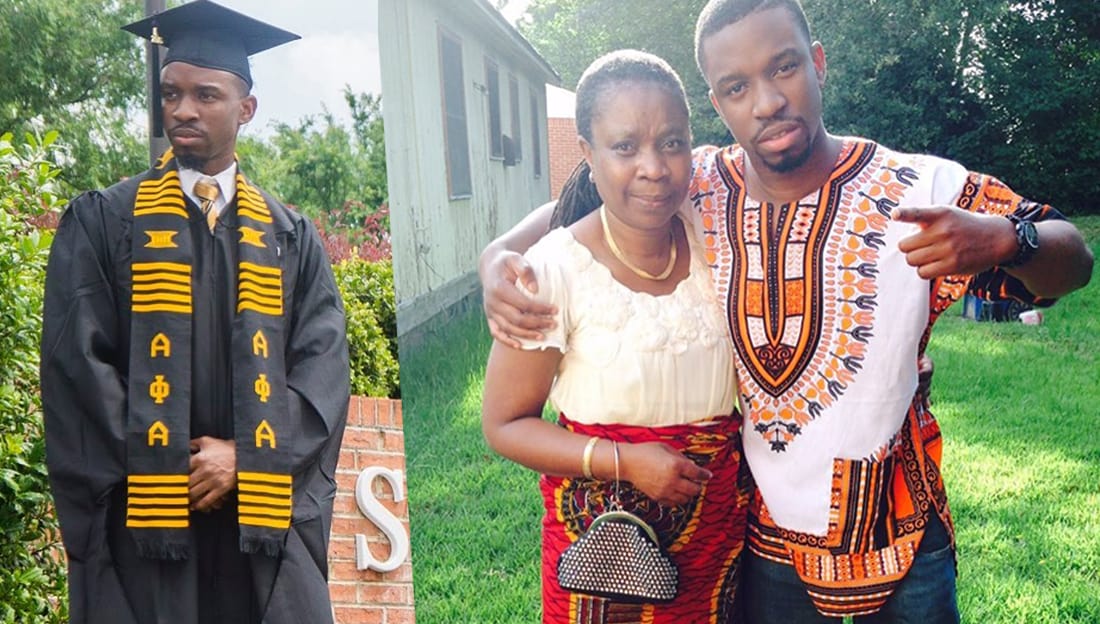 The Black fraternity/sorority and South Carolina State University communities are currently mourning the loss of Obadiah Njoku a member of Alpha Phi Alpha Fraternity, Inc. who passed away while teaching English in Shenzhen, China.

Obadiah Njoku, affectionately knowns as “OB” was born and raised in Atlanta, Georgia (Adamsville, Zone 4) on August 1, 1992 and was a graduate of South Carolina State University. He majored in Business and was a Spring 2012 initiate of the Beta Delta Chapter of Alpha Phi Alpha, as well as Alpha Kappa Psi Business Fraternity and many other organizations on the campus of SCSU. He was a dedicated servant to the community hosting several events including school supply drives for children in low income households in the Adamsville neighborhood of Atlanta, Georgia.

He took his mission to help children global when he moved to Shenzhen, China to teach English at English First, a international education company that specializes in language training. He was working on a third degree and growing his business when according to family members, he passed away in his sleep.

His family, friends and fraternity brothers have rushed to raise money to return his body back to the United States for burial.

According to his mother, the US Consulate General of Guangzhou, China gave the family 15 days to pay to have his body sent back to the states and failure to pay would result in automatic cremation according to chinese law.

The due date for the $20,000 was set for June 2nd but an outpouring of support and over 900 donations from the community, family, former classmates and friends helped the family raise over $35,000 for his funeral and return in less than one day.

The donations are still open here.

To cherish his legacy, he leaves his mother, Ishbah Njoku, 4 siblings, and sweet 4-year old daughter Zakiah Njoku, a host of friends, family and fraternity brothers.

We ask that you keep the family, friends and fraternity brothers of Njoku in your thoughts. We also ask that you leave your condolences and memories of him in the comment section so that his family can see how much he meant to all of us.