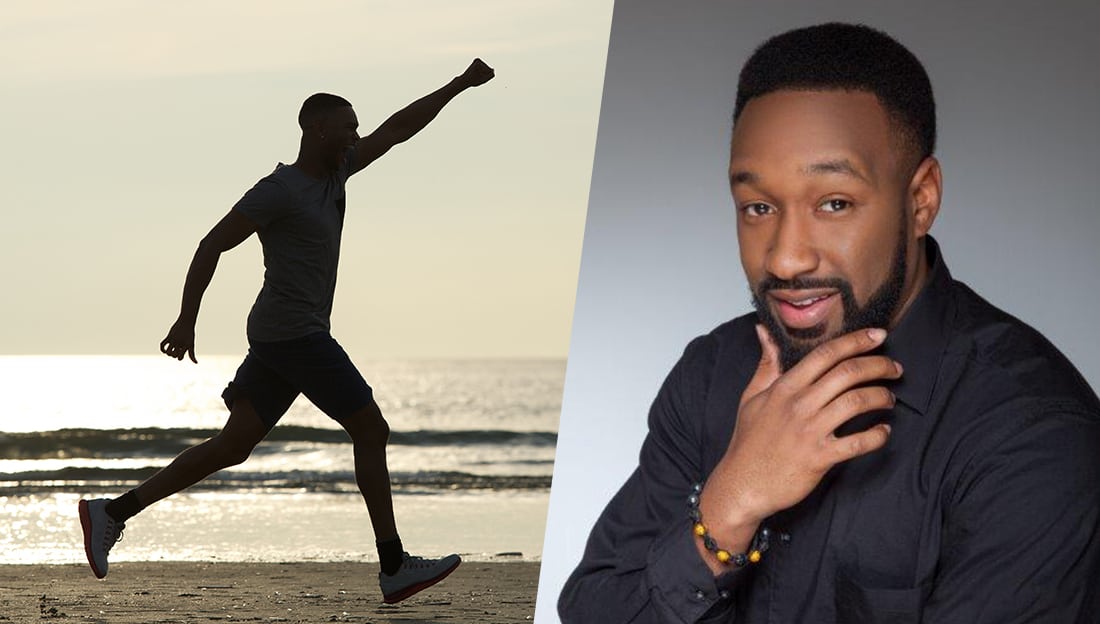 The following was written by Sam Prewitt a Spring 2006 initiate of the Omicron Rho Chapter of Alpha Phi Alpha in Columbus, OH.

Did you know, cardiovascular disease is responsible for about one of every three deaths in the United States? On average, coronary artery disease (CAD) will take a life every minute this year. But heart attacks usually only happen to old people right? Since the average age for a man’s first heart attack is 65, I ignored the statistics.

I ignored the fact that according to statistics:

If that’s not enough, I ignored the fact my Father had 3 heart attacks and a stroke.  I ignored the fact that I was diagnosed high cholesterol in the 8th grade. Worst of all, even though I was very active, in shape, and in overall good health at 26 years old, my doctor told me six simple words that I will never forget…“You won’t live to see 30.”

My first thought when the doctor told me that was, “Yeah right!!!” I was always taught that doctors are good for saying completely ridiculous things to try to scare you into taking medicines you don’t need and racking up bills.  But in 3 short years, I would find out how wrong I was and how right the doctor ALMOST was.

As scary as those words were I did attempt to make some slight changes.  I started running in a running club.  Even though I hated running, the real reason I joined was because I figured I could meet some cool new people, along with getting in shape. However, after months of running, finishing with good times, and finishing ahead of the pack, I still felt tired, and worn down after runs. I always thought to myself, why couldn’t I ever get in shape like the others?

But I found out why the hard way one weekend. After starting one of our weekly runs, I noticed I was slower than usual. People in the run group who usually finish last were passing me. Confused and filled with pride I continued to try to push myself but my body said no and I had to stop.  I couldn’t catch my breath, I was pouring down with sweat, and my body was sore. I felt like I just ran a marathon. I called my girlfriend, (now my wife) and told her something was wrong. After that call, I had a since of accomplishment and decided to close my eyes to try to rest up and maybe get myself together. If I would have fallen asleep in that moment that could have possibly been the end for me.  Thank God for my fellow runners, they called 911 and kept me conscious until the EMS arrived.

When I went to the hospital, the doctor figured out it was a heart attack. A heart attack? Really? I was only 29 years old! Those things don’t happen to young people right? Well, not only was it a heart attack it was a massive heart attack. I had a 95% blockage in my right coronary artery, and had to get an emergency stent. According to the doctor, if I hadn’t been running as much as I was, then it would have been a lot worse and happened earlier.

If I didn’t start running, that doctor from 3 years ago would have been right. All those times I went running when I didn’t want to, for pushing myself when I didn’t feel like it and for strong relationships within the running club saved my life.

So now with my second chance at life, and successfully making it to a healthy 32-year-old man, I encourage people to be Heartstrong. That means make one decision that could possibly save your life.  My Heartstrong decision was running. Physical activity is very important in preventing heart disease. If you don’t know where to start, consider these five tips on how to start running:

Life is precious so make sure you aim to be Heartstrong. That means cook instead of going to that fast food place. That means go workout, even when you don’t feel like it. That means think about what you love, who you love and what you are passionate about and make changes to stick around for them. Those are the things in your heart that you need to protect, and what being Heartstrong is all about. So remember, protect your heart, and everything in it. Be Heartstrong.