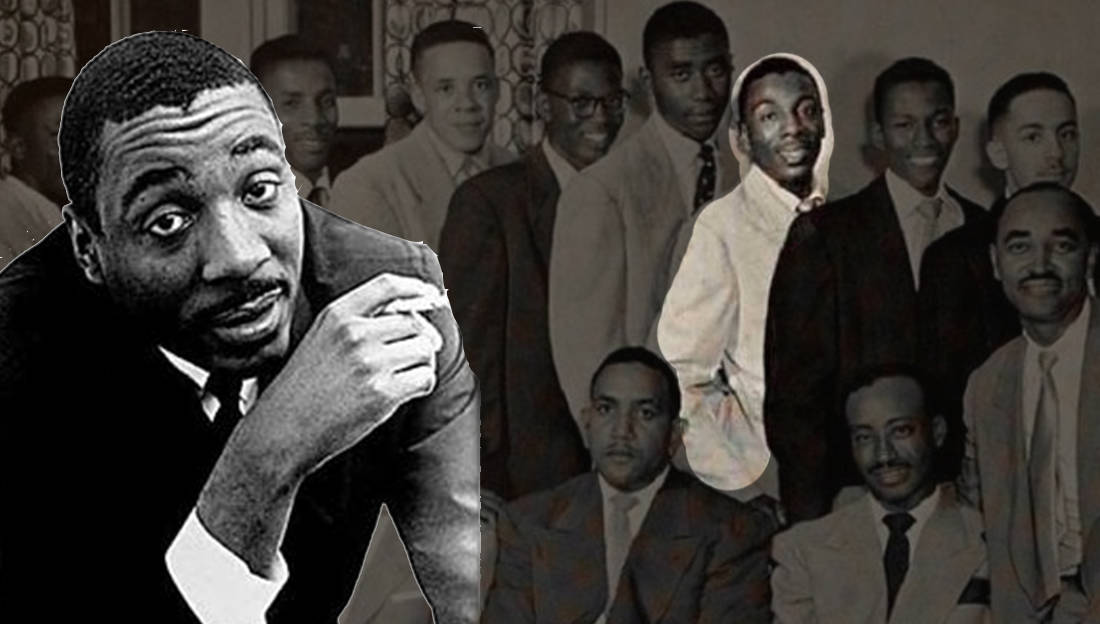 On Saturday, Dick Gregory, a pioneering force of comedy in the 1960s who later became an iconic social and political activist died of heart failure at the age of 84.

“It is with enormous sadness that the Gregory family confirms that their father, comedic legend and civil rights activist Mr. Dick Gregory, departed this earth tonight in Washington, D.C.,” his son Christian Gregory said via a statement from his father’s rep. “The family appreciates the outpouring of support and love and respectfully asks for their privacy as they grieve during this very difficult time.”

Before his fame, Gregory was a 1954 initiate of the Beta Eta Chapter of Alpha Phi Alpha at Southern Illinois University.

In the chapter photo below you will see him in the back row, third from the left. 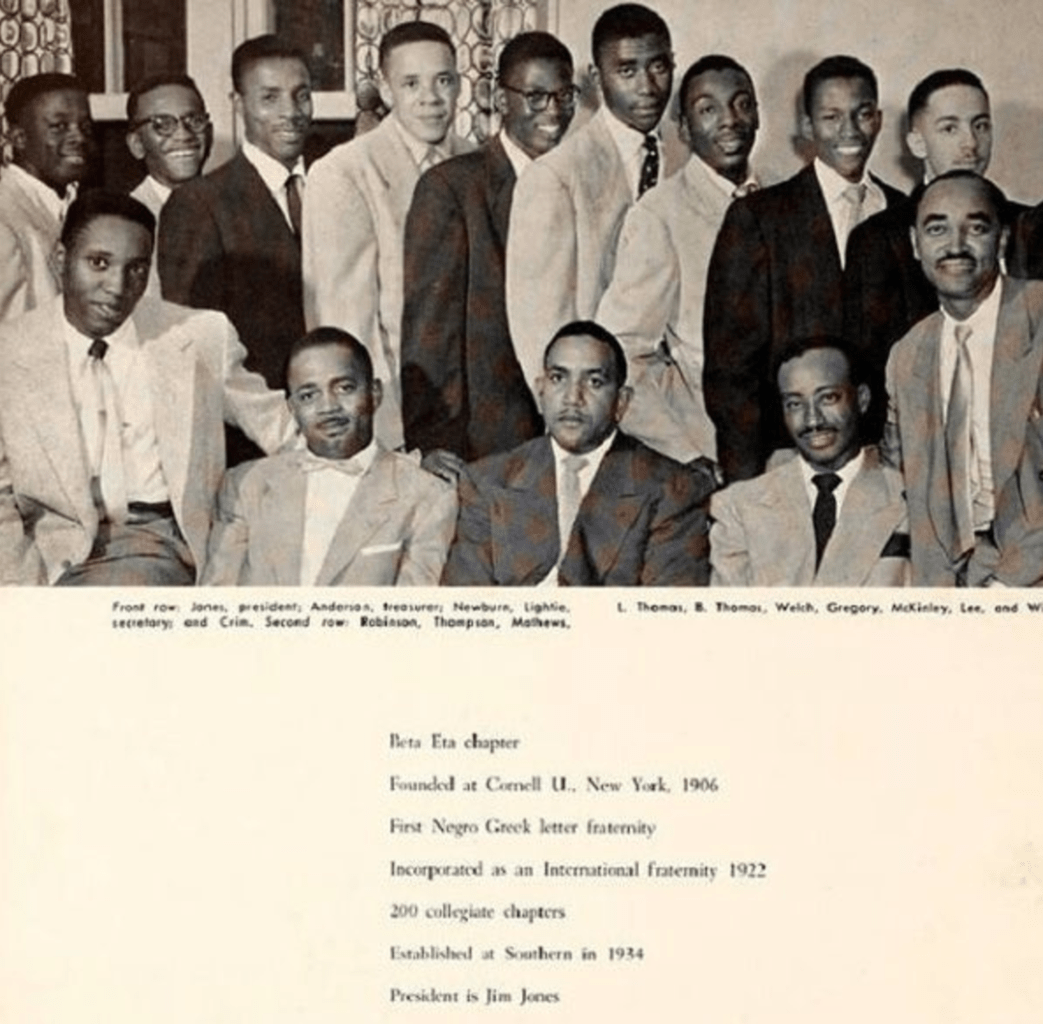 Upon learning of their brother’s passing, Alpha Phi Alpha’s international Facebook page posted their condolences to the family.

As we celebrate the legacy of Brother Dick Gregory let us reflect on the following quote as we continue his legacy as men of Alpha in pursuit of justice and equality.
‘One of the things I keep learning is that the secret of being happy is doing things for other people’ 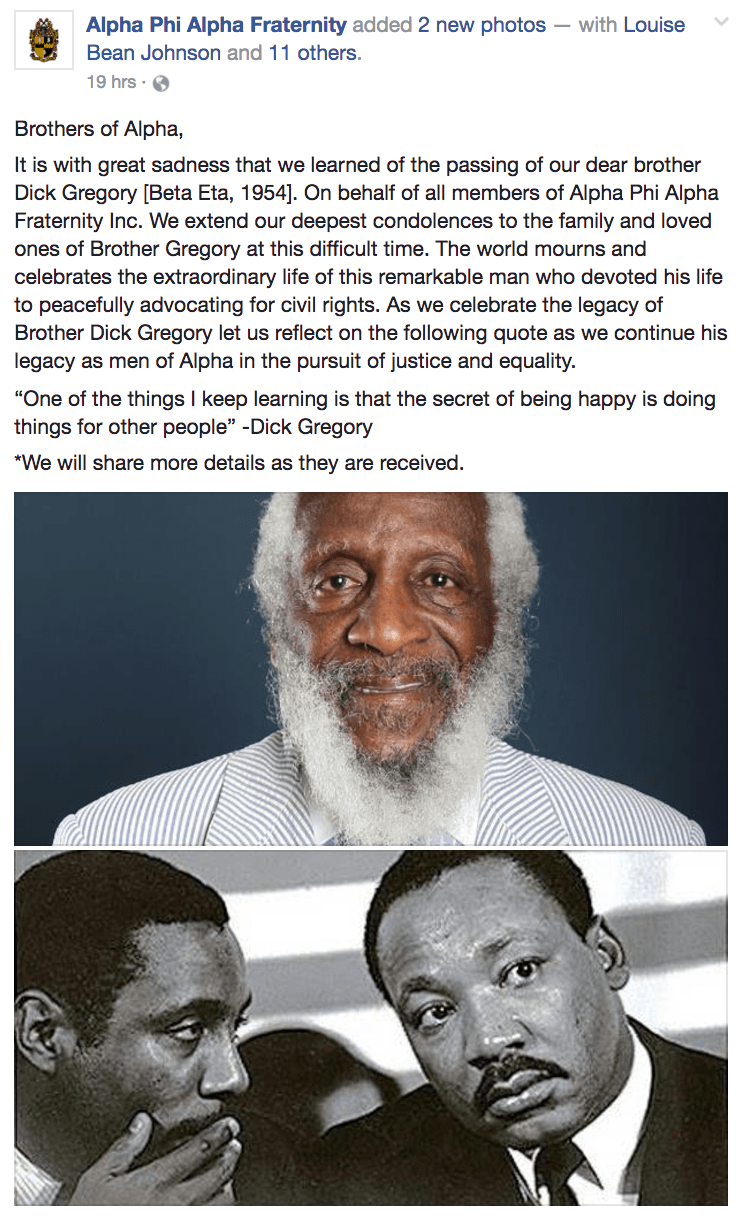 We are saddened to announce the loss of our beloved Brother Dick Gregory. His legacy and influence will live on forever more. ?? #AΦΑ pic.twitter.com/KG7JMz2kc8

We ask that you keep Gregory’s family, friends, and fraternity brothers in your thoughts. We also ask that you share this and leave your condolences and memories of him as a brother of Alpha Phi Alpha and a member of the Black greek community so that others can see how much he meant to all of us.

“Not all great men are Alphas, but all Alphas are great men.”