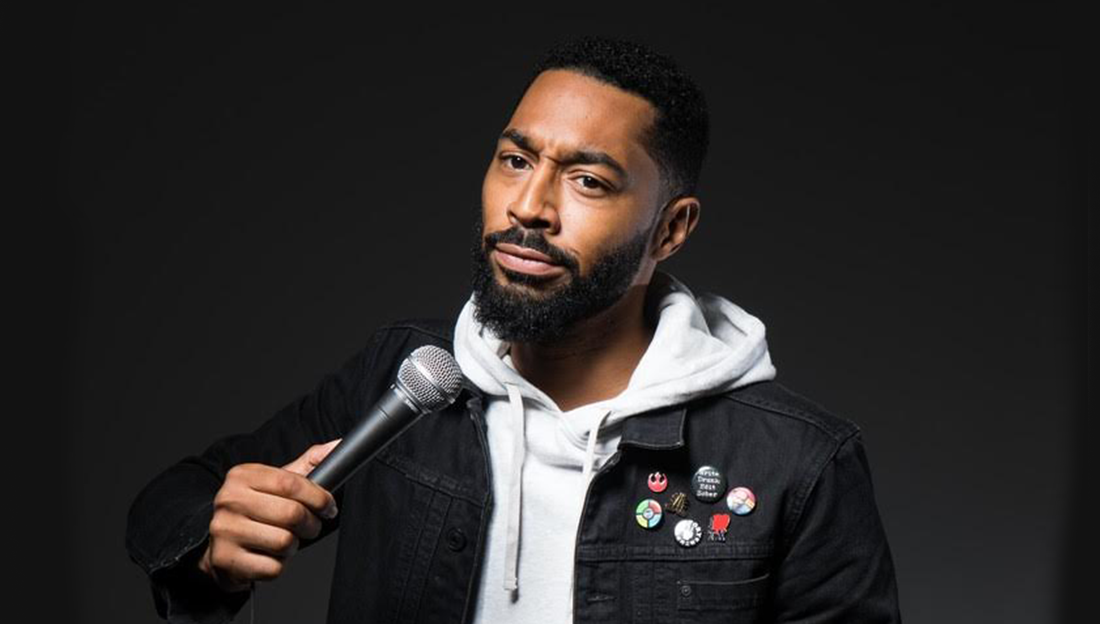 Though the coronavirus pandemic has made it difficult for comedians to find consistent work, Alpha Phi Alpha Fraternity, Inc. brother Tone Bell [Delta Eta, ‘02] has not allowed the outbreak to slow him down. The Georgia-born comedian has appeared in various TV shows over the past few years, but his most recent roles as Dickie Brewster on Amazon Prime’s ‘Sylvie’s Love’ and John Levy in Hulu’s ‘The United States vs. Billie Holiday’ have propelled his career to a new level.

The actor attributed a large part of his success to his time at Savannah State University, where he became a brother of Alpha Phi Alpha. He recalled the tools the fraternity equipped him during his college years — and that remain relevant in his career now. “Simple sayings applied in the right circumstances have a greater meaning to me nowadays,” the 37-year-old explained. “We all remember our 6 P’s, we all remember “Invictus” and “If,” and I especially remember “sleep is for the weak,” which absolutely still helps when the days get long.”

He graduated from Savannah State’s Department of Journalism and Mass Communications with a concentration in radio and television in 2004. He’s also no stranger to firsts: he created the university’s first daily television program. “The privilege of attending an HBCU like Savannah State, and becoming a member of Alpha Phi Alpha Fraternity, Inc. have no doubt helped to inform my professional sensibilities as a Black man as well as an entertainer,” he continued.

Bell got his shot at comedy when he moved to Dallas in 2007. He relocated to Los Angeles a few years later to pursue his craft full-time and hasn’t looked back. His biggest break happened in 2012, when he won NBC’s “Stand Up For Diversity” talent search and earned a development deal with NBCUniversal. In 2019, he debuted ‘Tone Bell: Can’t Cancel This,’ his first stand-up special on Showtime and appeared alongside Regina Hall, Marsai Martin, and Issa Rae in the comedy film ‘Little.’ Bell hopes to one day work with Will Smith.

Right now, the actor has much to celebrate. His co-star Andra Day made history in February when she became only the second Black woman to win a best actress in a drama trophy at the Golden Globes for ‘The United States vs. Billie Holiday,’ and she has been nominated for a best actress Academy Award as well. “To be honest, I’m still pretty speechless about the last few months and how well the last two films were received,” he said. “As an entertainer, we hope for the best, but we often keep our expectations at bay … we’re still on a crazy high.”

When asked about his next steps, Bell said that fans can expect more content but he has no idea when exactly it’ll arrive. “Release dates are extremely unpredictable these days,” he said. “So you can expect a TV comedy and drama, a new one-hour stand-up special, feature films and I will soon be wearing more permanent producer stripes on my sleeve, but I have no idea when the f*** to expect it.”

ABOUT THE AUTHOR: Phil Lewis is a journalist from Detroit, Michigan. He is currently a senior front page editor at HuffPost. You can find him on Twitter at @Phil_Lewis_.