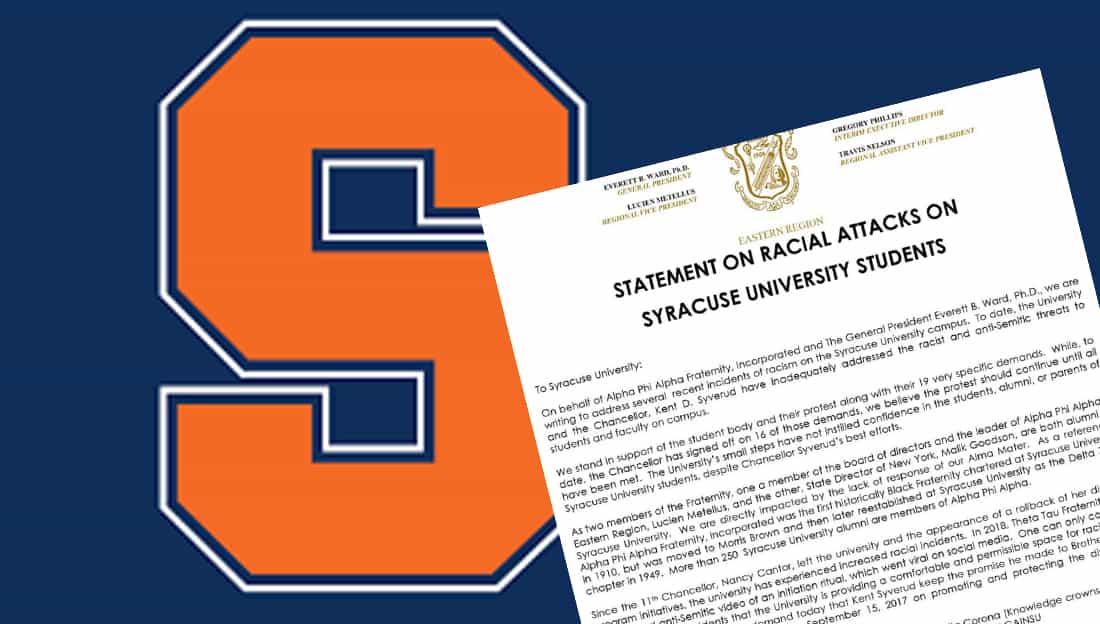 The brothers of Alpha Phi Alpha Fraternity, Inc. just released a statement about the slew of racist incidents that have happened at Syracuse University recently.

In the statement which was released by the fraternity’s Eastern Region, the brothers show their solidarity with the #NotAgainSU student movement and state that the students should continue to protest until the chancellor of the University signs off on all of their 19 demands.