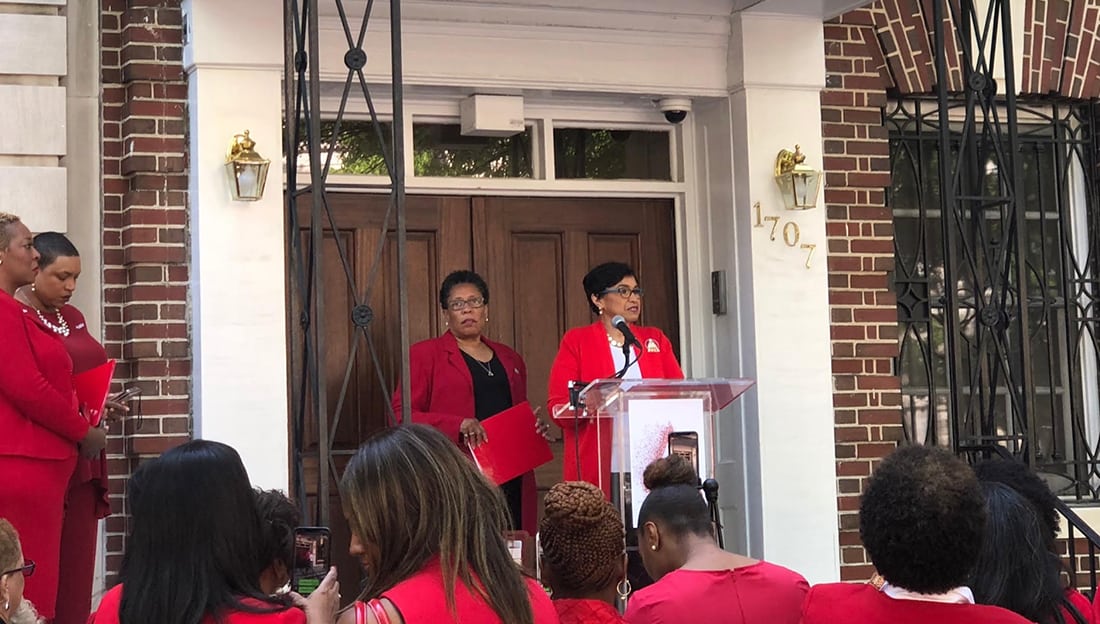 During the press conference, the sorority called for the following:

“We are not opposed to the Second Amendment – but we are staunch advocates for responsible gun ownership and gun use who support the passage of sensible gun control measures in this country,” Beverly Smith, the National President & CEO of the sorority, stated.

This was not the first time that the women of Delta Sigma Theta have spoken out about gun violence and gun control in the country. It is also not the first time that women of the sorority have been the victims of high-profile attacks. In 2015, Myra Thompson a member of the sorority was among those killed by Dylan Roof in the Charleston church shooting inside of Emanuel African Methodist Episcopal Church.

“I have the right to be able to walk out of my house and not expect to be shot.” Congresswoman Marcia L. Fudge, a member of Delta Sigma Theta, stated. “It is a really sad place for a nation when it cannot protect its children. When it can not protect its seniors”

“We can’t just keep giving people our thoughts and prayers. We have to do something..we have to stop talking.”- Congresswoman Marcia L. Fudge #DST4GunReform pic.twitter.com/UPuBFps5Ha

At @dstinc1913's #DST4GunReform press conference today, I assured members and friends of DST that "I believe in the 2nd Amendment, but it does not guarantee the right to carry weapons of war…I have the right to walk out of my house and not expect to be shot."#silencetheviolence pic.twitter.com/37jadty8Aq

“Representing the 200k+ members initiated into Delta Sigma Theta Sorority whose ranks represent the vast number of registered voters ready to use the power of the polls, I urge congress and local elected officials to take action for sensible gun reform in this country.” National President & CEO Beverly Smith stated.

Watch the full live-stream of the press conference below: