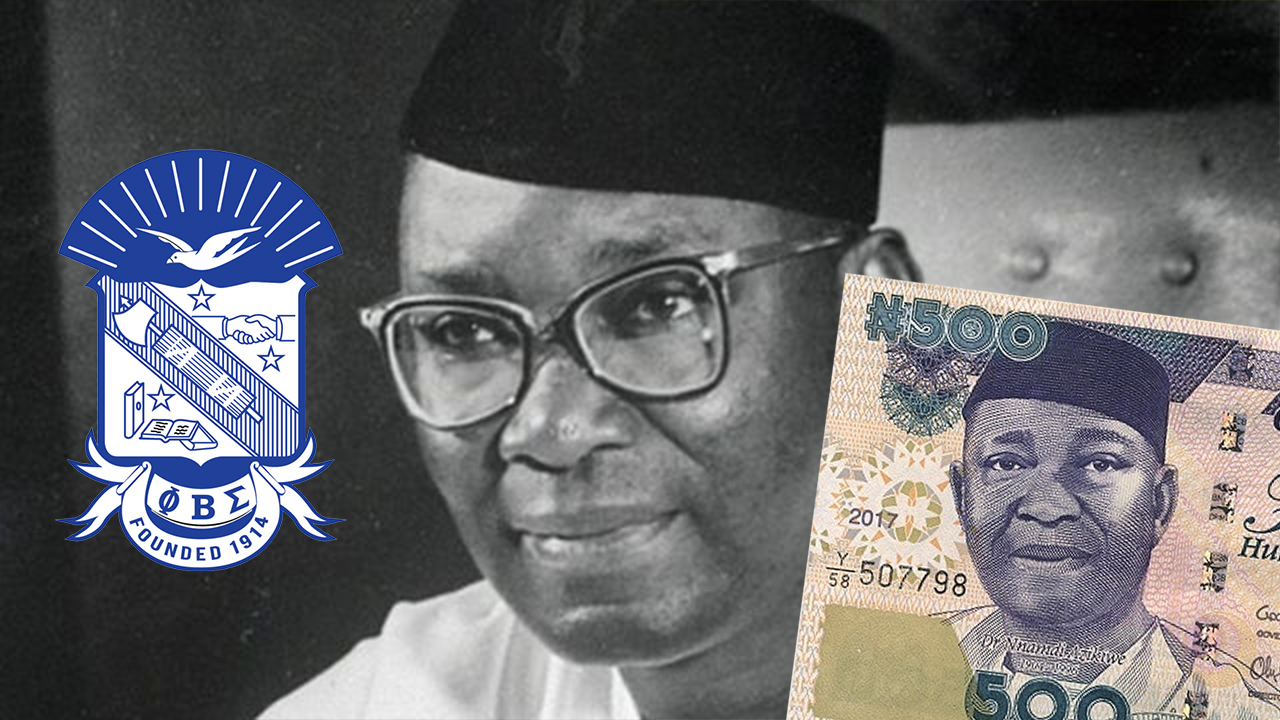 As a young student he transferred from Howard to Lincoln University to receive his B.A. in Political Science. He simultaneously received his master’s degree in Religion from Lincoln University and his master’s degree in Anthropology from the University of Pennsylvania. He became a member of the Nigerian Youth Movement which sparked his political career. He later became governor-general before being named President of Nigeria in 1963, a position he held until 1966.

In the Fall of 1931, Bro. Chief Azikiwe wrote an ode to the motherland in Phi Beta Sigma’s Crescent Magazine. His poem reads:

The chanting winds in tropic qualms

In its supernal nod.

For leaders unalloyed by gold

Our sons in this brief span—

To stand for virtues true and bold,

All artifice to scan.

Protect us from designs of hate

And lustre of the flesh;

May we repel the will of fate

When bondage, we enmesh,

And in the end we’ll fling the gate

Of love to bloom afresh!