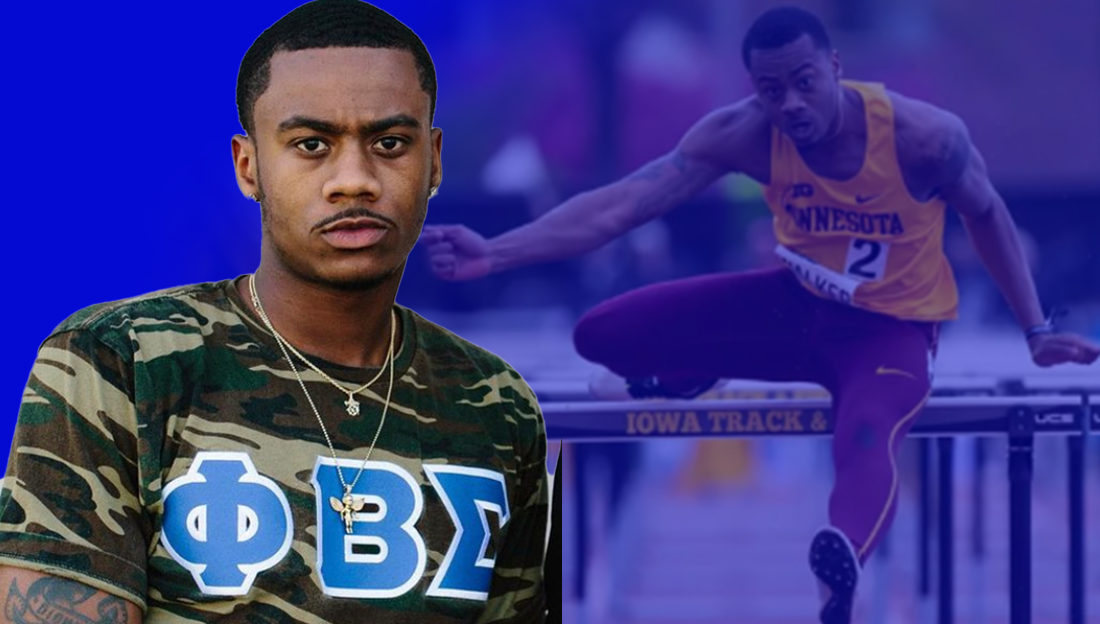 Walker died on Saturday morning at the age of 25 after fighting for his life in an ICU after being the victim of a tragic car accident on August 27th. A GoFundMe that was created for him states that Walker was a victim of “senseless and irresponsible driving.”

Walker was a track star and member of the Gopher Men’s Track and Field team between 2016 and 2019, specializing in the 110m hurdles and 60m indoor hurdles, also competing at 100m and 200m.

Succeeding both on and off the track, he graduated with a 3.8 GPA and was named to the Academic All-Big Ten every year he competed for the University of Minnesota. After graduation he took a job at UnitedHealth Group, where he worked his way up to the role of renewal account executive.

The University of Minnesota’s official cross country and track & field account took to social media to pay their respects.

Walker was a Fall 2016 initiate of the Pi Eta Chapter of Phi Beta Sigma Fraternity, Inc. at the University of Minnesota. His father Eric Walker is a Sigma and his mother Maria Jefferson-Walker is a member of Alpha Kappa Alpha Sorority, Inc.

His fraternity brothers took to social media and shared this beautiful illustration that was created by Destyn Land in his honor.

We ask that you keep Walker’s family, friends and fraternity brothers in your thoughts. We also ask that you leave your condolences and memories of him so that his family can see how much he meant to all of us.