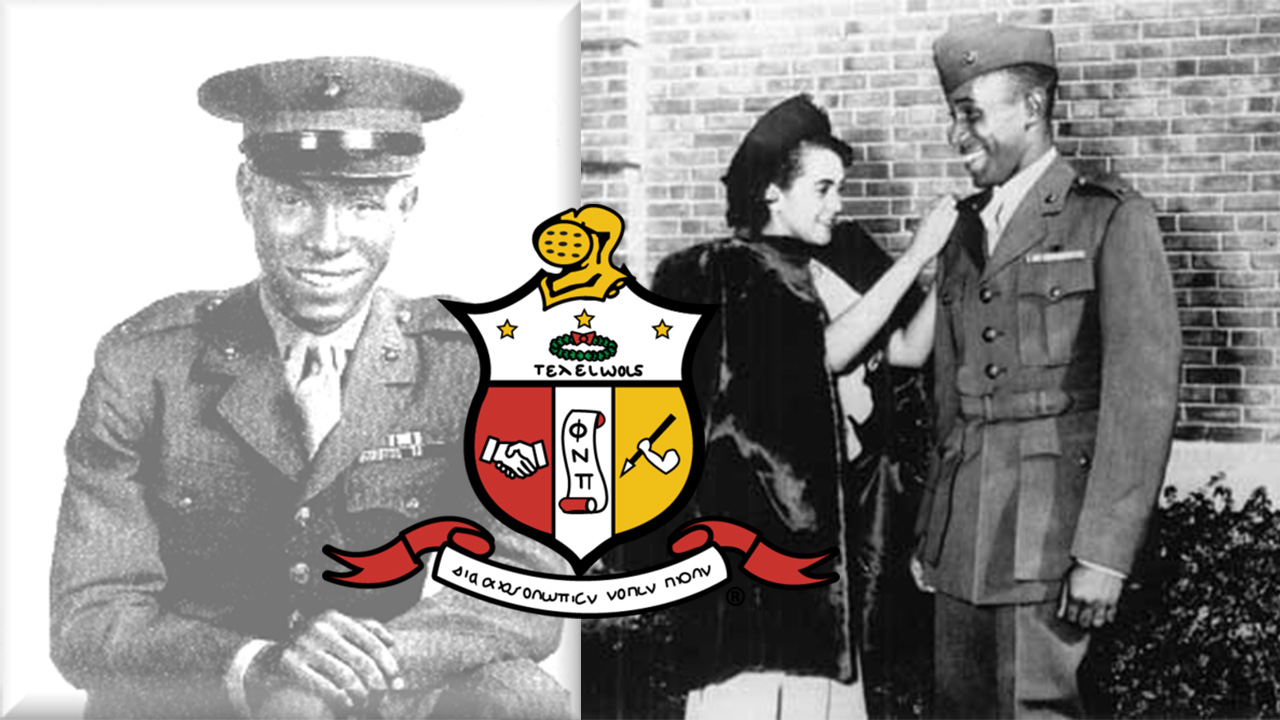 Frederick C. Branch, an initiate of the Alpha Epsilon chapter of Kappa Alpha Psi, was the first African-American officer of the United States Marine Corps.

Branch was born in Hamlet, North Carolina. He attended Johnson C. Smith University in Charlotte where he crossed Kappa and transferred to Temple University where he graduated. He was drafted into the Army in 1943 during WWII and reported to Fort Bragg where he was selected to join the Marine Corps. This was due to an Executive Order signed by President Franklin D. Roosevelt which ended racial discrimination in any government agency. This gave African Americans who were previously banned from becoming a Marine the opportunity to join the corps.

He underwent training with other Black soldier who would become known as the “Montford Point Marines”. Branch received his officer training in the Navy V-12 program at Purdue University. He made the dean’s list and was the only African American out of 250 students.

Branch commanded an anti-aircraft training platoon during the Korean War at Camp Pendleton and finally left the Marine Corps in 1955.

After he left the military, Branch used his physics degree to teach at Dobbins Highschool until he retired.

Captain Branch passed away on April 10th, 2005 and was buried at Quantico National Cemetery in Quantico, Virginia.