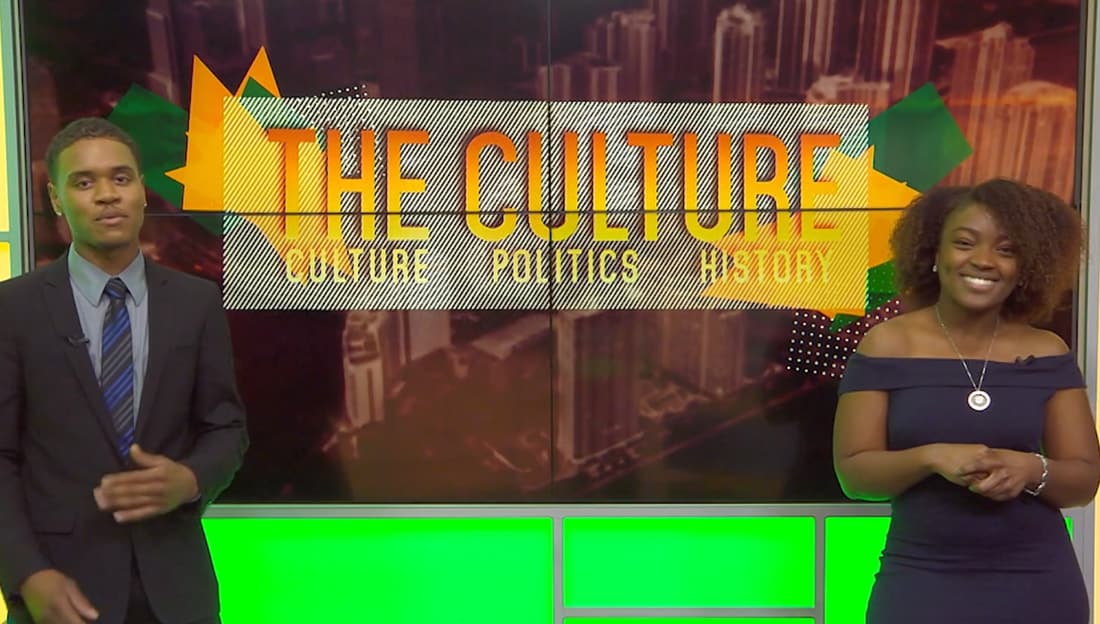 Students at the University of Miami are covering the Black experience using student journalism in their own television show.

The Culture is a television show that was founded and produced, edited and directed by two University of Miami juniors, Rachel Smith and Kristion Matas. The show, which is in its third season, is UMTV’s first and only show highlighting the Black experience and is a fifteen minute program which covers culture, current events, politics, entertainment, and sports.

The stories are skillfully produced and edited by students at University of Miami and the production is very impressive.

The two producers of the show are members of Black fraternities and sororities, Rachel Smith is a Fall 2018 initiate of Delta Sigma Theta and Kristion Matas is a Fall 18 initiate of Phi Beta Sigma.

Kristion Matas is a junior at the University of Miami, majoring in motion pictures and minoring in interactive media and electronic media. He has always had a passion for film and television, and thrives on camera. He studied acting in NYC and worked as a panelist on UMTV Pulse.  He aims to start his own Multi-Media entertainment company specializing in reality television and video games.

Rachel Smith is a broadcast journalism and sports administration double major. She is inspired by stories that bring about positive change in the world. She has worked as a commentator on the WVUM talk show, JEM News, and with the Athletic Department as a Marketing Intern.

The show’s advisor, Winston Warrior, is a member of Kappa Alpha Psi.

Check out the show below and see how they are creating powerful work at the University of Miami.