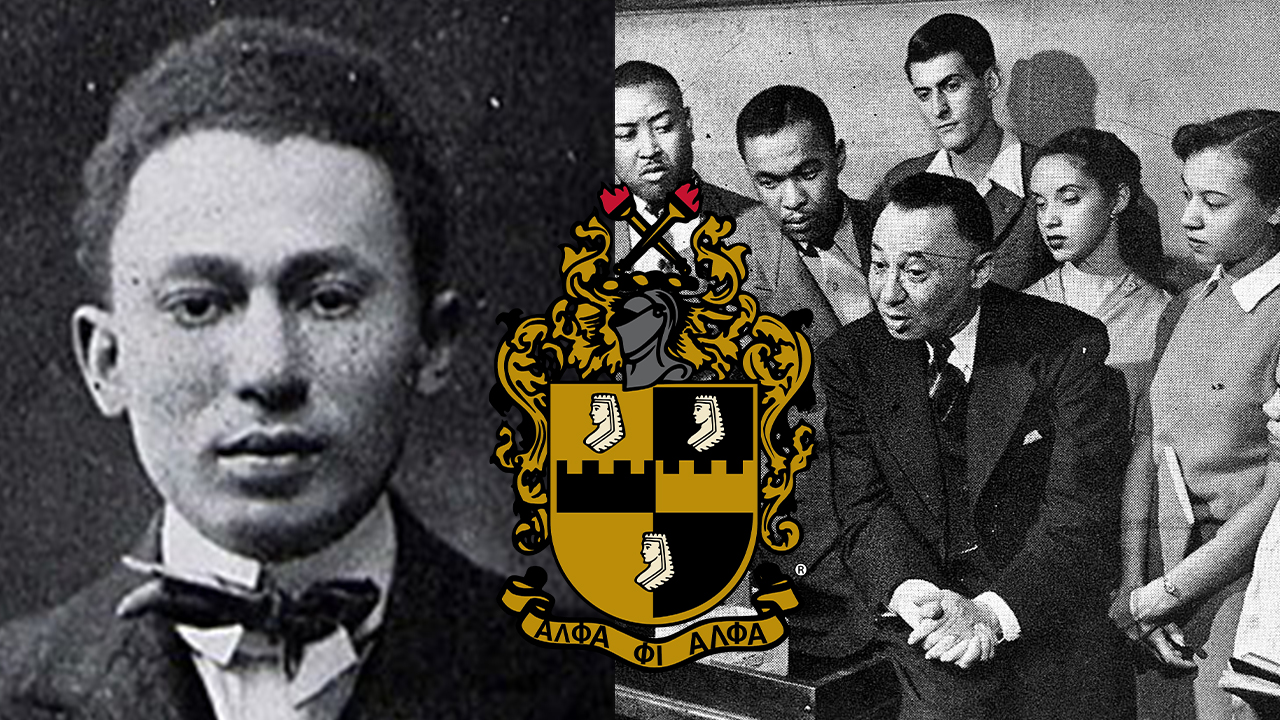 Did you know that the fist National Urban League director, Rayford Logan, was a member of Alpha Phi Alpha?

Logan received a scholarship to Williams College in Williamstown, Massachusetts and graduated in 1917. He joined the army during the First World War , and served in France as a first lieutenant in the all-black 93rd infantry Division. After the war, he remained in France and picked up both the culture and the language. He helped coordinate the 2nd Pan-African Congress in Paris in 1921. In the early 1920s, he returned to the US and began teaching at Virginia Union University.

During the United States occupation of Haiti, Logan traveled to Haiti for a fact-finding mission to investigate educational efforts which he published in 1930 in The Journal of Negro History.  His findings showed that there was little improvement in education of Haitians because the country administrators were Southern white Marines who been raised with Jim Crow laws in the American South. According to Logan, these Marines and had brought their prejudice with them to their new assignment in Haiti, a Black republic.

Logan returned to the US and started graduate studies at Harvard University, earning an MA in 1932 and a Ph.D. in 1936. His Harvard dissertation became his first book, The Diplomatic Relations of the United States with Haiti-1776-1891 (1941) and he went on to write several others.

Logan helped organize voter registration drives and citizenship schools during the 1920s and 1930s, and led a program to teach Black southerners how to resist white intimidation at the polls.

In 1938 Logan became a professor at Howard University, where he practiced as a historian from until 1965.

During the late 1940s, he was a chief advisor to the National Association for the Advancement of Colored People on international affairs.

In 1980, he was awarded the Spingarn Medal from the NAACP.