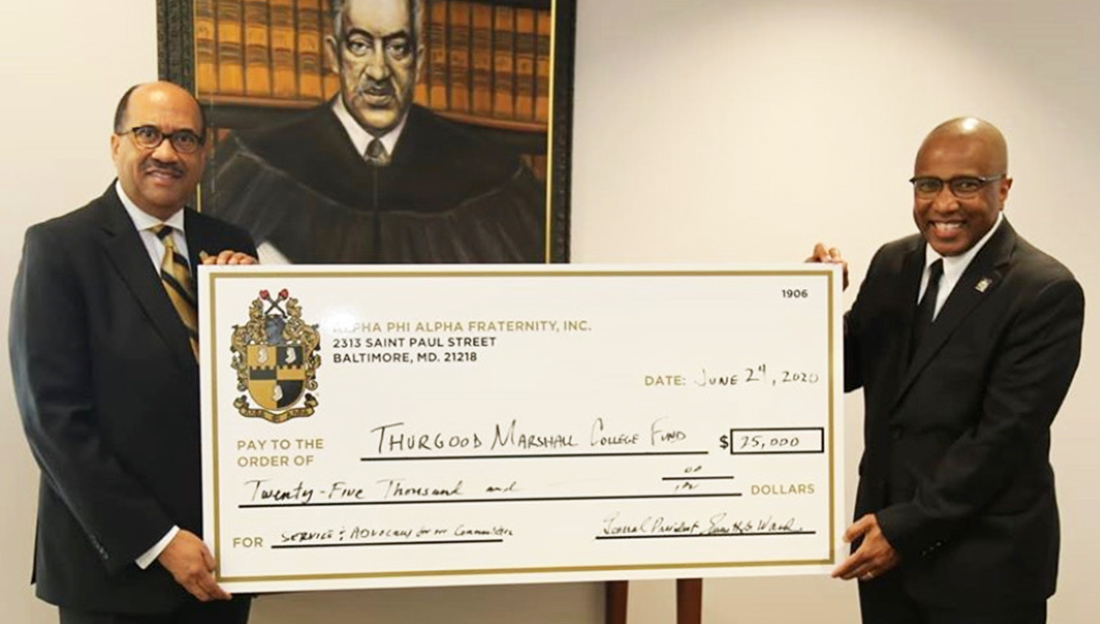 The brothers of Alpha Phi Alpha Fraternity, Inc. put their money where their mouth is when it comes to supporting HBCUs today when they donated $25,000 to the Thurgood Marshall College Fund.

“We want to present to you what we believe is the first installment of payments that we will be presenting to the Thurgood Marshall Fund,” Dr. Ward stated while presenting the check. “Recognizing the great work that you do in leading this organization as we as a fraternity remain committed to scholarship and preserving the intellectual capital of this nation.”

“I am pleased to announce that today the president and I will begin a initial conversation to establish a memorandum of understanding between Alpha Phi Alpha fraternity and the Thurgood Marshall Fund because we see this as a long-term commitment for years to come,” Dr. Ward stated.

We at Watch The Yard would like to commend the brothers of Alpha Phi Alpha for their dedication to supporting Black college students and HBCUs across the country.