Did you know that a brother of Kappa Alpha Psi has opened a holistic healing studio in the middle of Brooklyn that focuses on helping people of color?

Darian Hall, a Fall 2001 initiate of the Gamma Iota Chapter of Kappa Alpha Psi, teamed up with Elisa Shankle to create HealHaus, a space for people of color to practice self-care while living in New York. Their 1,100-square-foot wellness center includes studios for group workshops and classes, private rooms for individual sessions and a large tranquil outdoor deck where people can practice yoga and meditation. The wellness center also includes a café that serves medicinal teas, smoothies and gives people a place to meet and enjoy each other’s company.

Since opening last year, HealHaus has been very successful and received a lot of press from publications including The New York Times, Essence, Black Enterprise and Elle to name a few.

We at Watch The Yard visited HealHaus and talked to Darian about his commitment to build a community that is dedicated to changing the stigma attached to healing, especially among black men and members of Black fraternities.

Read our full interview below:

What is the best way to explain HealHaus to someone who has never been to it before?

HealHaus is a new wellness studio and cafe in the heart of Brooklyn.  We conduct daily yoga and meditation classes, host various workshops that address such topics as; anxiety and substance abuse. We also facilitate private practitioner services like psychotherapy,  acupuncture, massages,  cbd infused facials and reiki energy healing.  In the wellness cafe, visitors can choose from an assortment of smoothies, teas and elixirs that were curated with a chef and our in-house doctor.  It’s a one-stop shop for all things self-care. 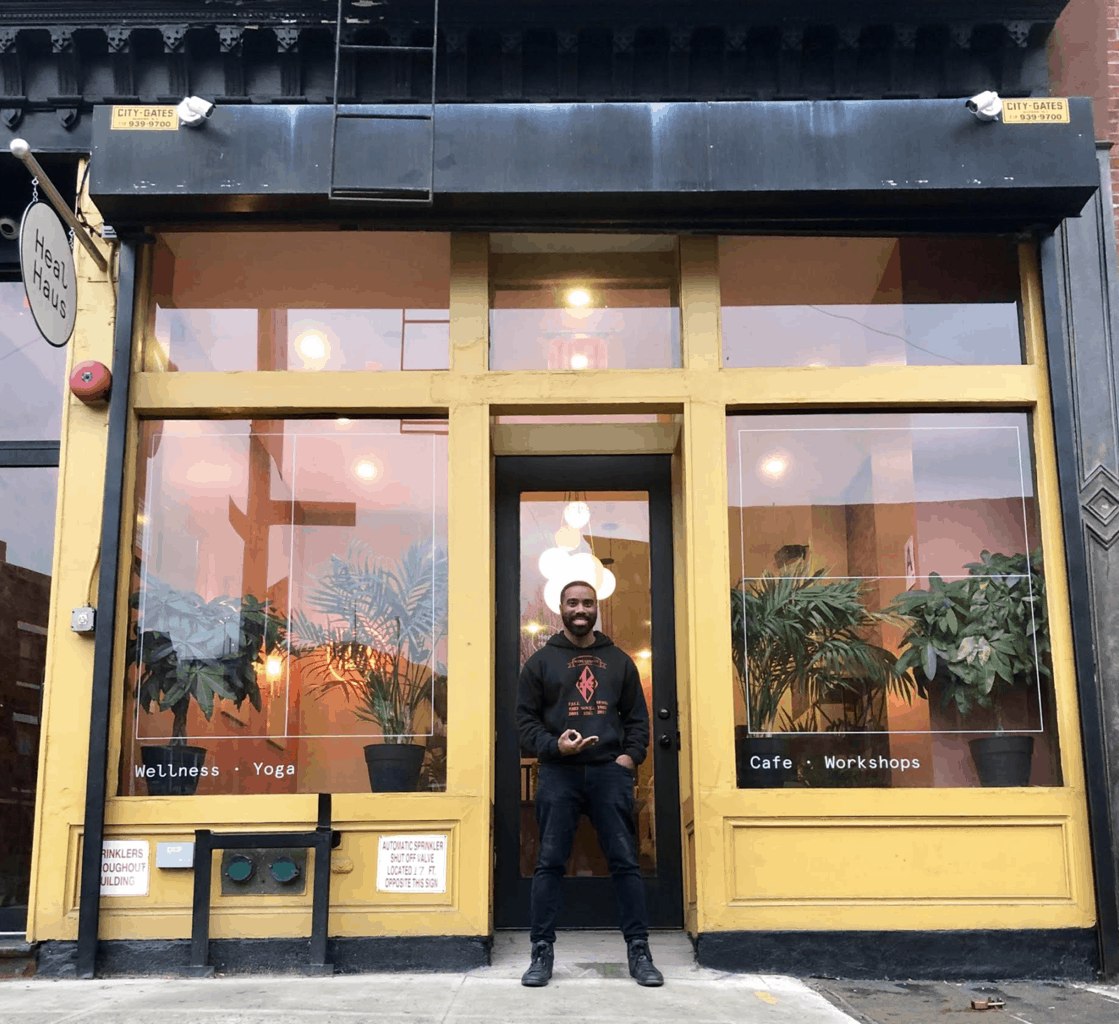 How did you come up with the idea for HealHaus?

After meeting my father for the first time last summer, I posted about the journey of meeting him on social media. That post sparked numerous conversations with my fraternity brothers and long-time friends.  Many of the guys in my life wanted the space to be able to talk about various situations they were dealing with.  Some of my frat brothers also shared similar stories about their fathers, while other guys expressed problems in their marriage, workplace issues or various forms of stress. It made me question why we didn’t have inviting spaces that were not only accessible for women, but also for men.  I reached out to a good friend of mine, Elisa Shankle, who I knew had incorporated therapy, yoga and meditation into her own life. After discussing the need for black-owned spaces that focused on all forms of self-care, we decided to partner and started building what would eventually become HealHaus.

What made you decide to attend Arizona State University  for undergrad?

I’m originally from Long Island, NY, but my family moved to Las Vegas when I was 11. Choosing Arizona State University had a lot to do with proximity to Las Vegas and my family.  I also received some academic scholarships to ASU, which also helped form my decision to go there.  Lastly, the Nupes were on the yard so that also factored into the decision. 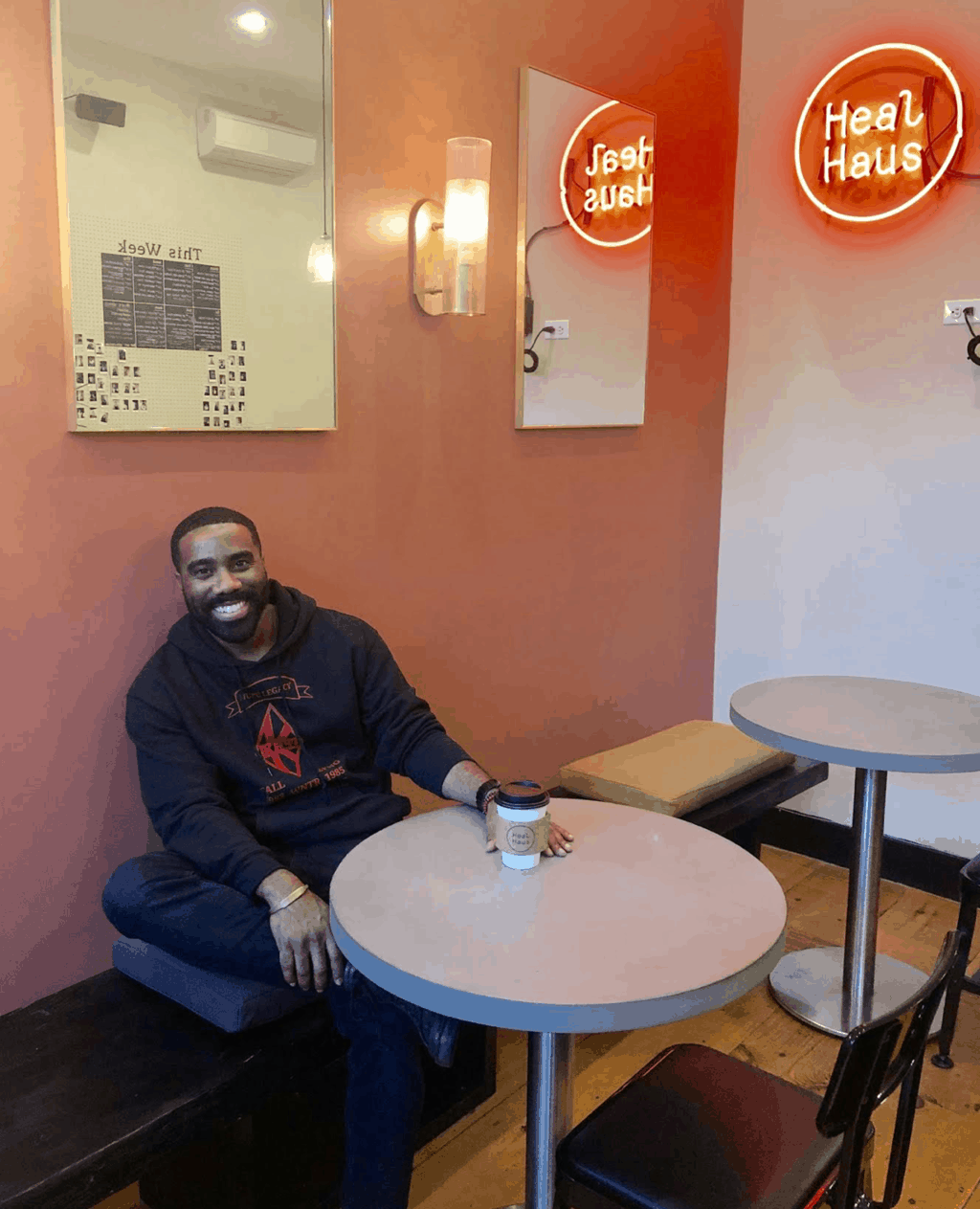 You’re a Kappa. As you’ve matured in your career and become successful, looking back, how do you think joining a Black fraternity has contributed to where you are now?

I grew up around Kappa men and was a member of Kappa League when I was a teenager.  My grandfather was a Kappa, two of my uncles are Kappas and two of my younger cousins recently became members of our noble clan.  Kappa has always been very important to me and has helped train me for leadership.  Many of the men I look up to that are achieving in various industries are members of Kappa Alpha Psi Fraternity, Inc.  I think the experience within black fraternities and sororities is so unique and there’s a bond among those of us that choose to become members of these organizations. Joining a black fraternity not only gave me a great college experience, but also provided me with lifelong bonds that I will cherish forever.

Since you opened HealHaus last year, you’ve been featured in The New York Times, Essence, Black Enterprise and Elle just to name a few. Obviously this is because what you have created is filling a need that is not being met, what is that need exactly?

Everyone is talking about mental health and wellness now.  What was missing from the current spaces that exist was diversity and spaces that felt welcoming to men. Many of the spaces did not feel inclusive. I would walk into a mediation or yoga studio and not see any people of color or men. These spaces also didn’t have a vibe where I could see myself wanting to hangout at. With HealHaus, we decided to create what was missing in the market. Most of our practitioners are people of color and when you come to the space many people say it feels like “home.”  Music is also very important to me, so I make sure that the playlists that play in the space are representative of our culture. 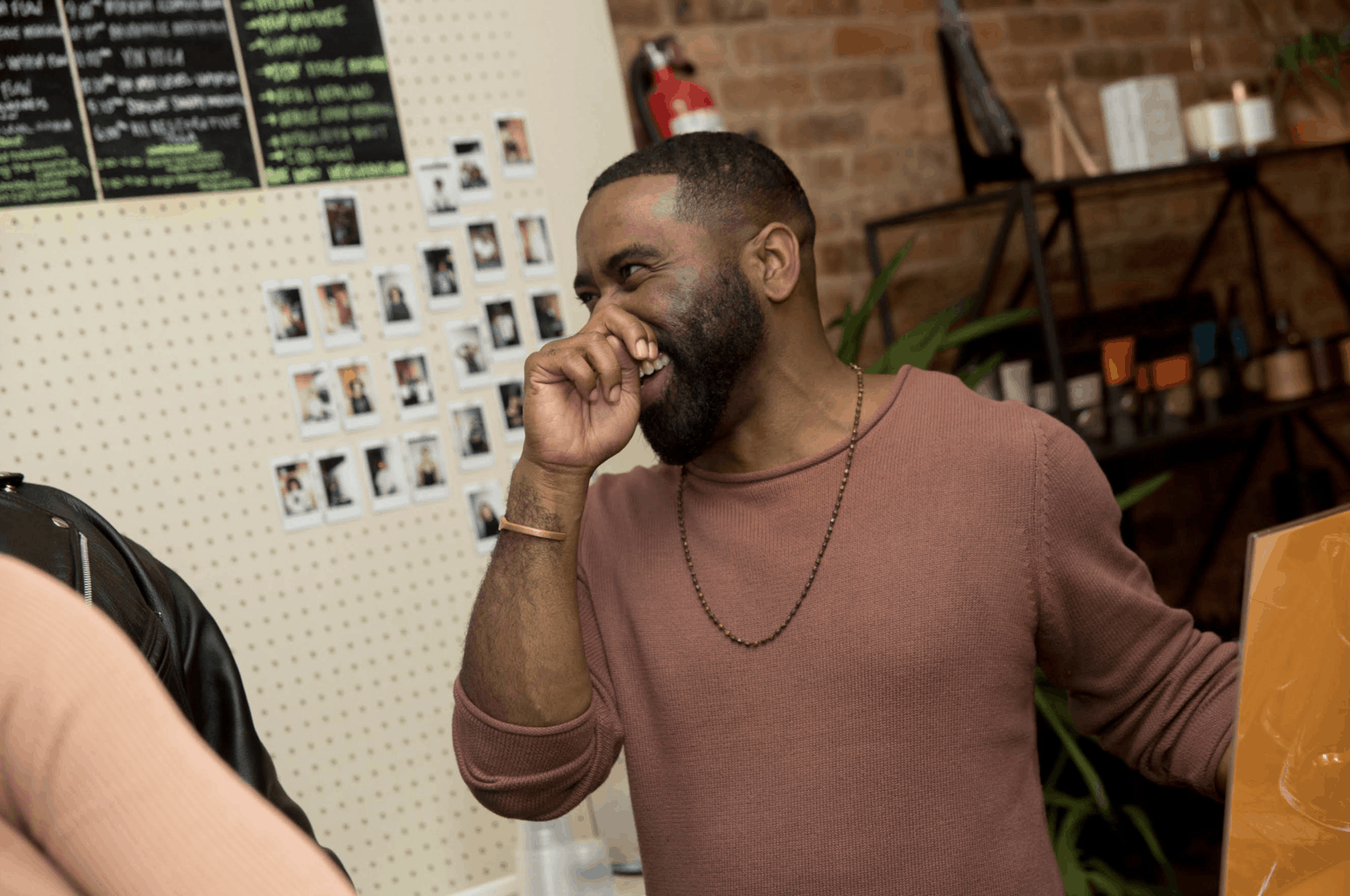 One of the things that stands out about HealHaus is that you have created spaces for men of color to work on their mental health. Why do you think this is so important?

For far too long men of color were not afforded the space to show vulnerability.  We tend to keep our stresses and things that we wrestle with to ourselves for fear of showing weakness. This mentality has not benefited us and its time we change that narrative. I want it to be cool for men of color to take therapy, to jump in a meditation class and to just check-in on themselves. So many people are dealing with anxiety, stress and sometimes depression, but feel like they have to keep it to themselves. I want them to know HealHaus is a safe space where they can be real and just breathe.

As a member of a black fraternity and someone who works in the health space. What do you think men in Black fraternities should do to address mental health at the undergraduate and alumni level?

I think its important that we continue the dialogue that has started. Both undergraduate and alumni chapters can host forums and panels that deal with mental health and wellness. Bring in experts to not only speak on the subject, but give tips and resources on how to improve ones mental health.  It’s also very important that we do everything we can to remove the stigma attached to mental health.

How has mentorship had an impact on your career over time? Who are some mentors who have helped you get where you are at today and what did they teach you that stood out?

I’ve always admired Jay-Z, not just as an artist, but as a businessman. His 4:44 album was very influential on me and was one of catalysts to me choosing to meet my father for the first time. He was very personal on that album and it showed his growth as a man. The vulnerability he showed on that album was healing for not only him, but the thousands of men that were listening to the album.  One of my favorite lines on the album was, “you can’t heal, what you don’t reveal.”

Another person that I’ve admired is Oprah.  She has dedicated her life to serving others and also sharing peoples stories.  By  sharing these stories, it reminds of us of our common thread among each other.  I realized how much I had in common with other men after sharing my personal story. I also realized so many people are in search of the same thing, healing.

What does HealHaus have coming up?

We are very excited about 2019.  We plan to launch our corporate wellness program in the coming weeks. Through the program we will be able to take the HealHaus experience and bring it to peoples offices. Not everyone will be able to get to the studio, so we’ll go to them.  We’re also looking at partnering with mainstream brands this year that understand how important mental health is.  The plan is to eventually open up additional locations. Our sights are set on locations in Manhattan, Los Angeles, Atlanta and DC just to name a few. HealHaus is committed to shifting the culture around wellness and showing that it can be done in a dope, but intentional way.

If you are interested in checking out HealHaus for yourself, it is located at 1082 Fulton Street Brooklyn, NY 11238.