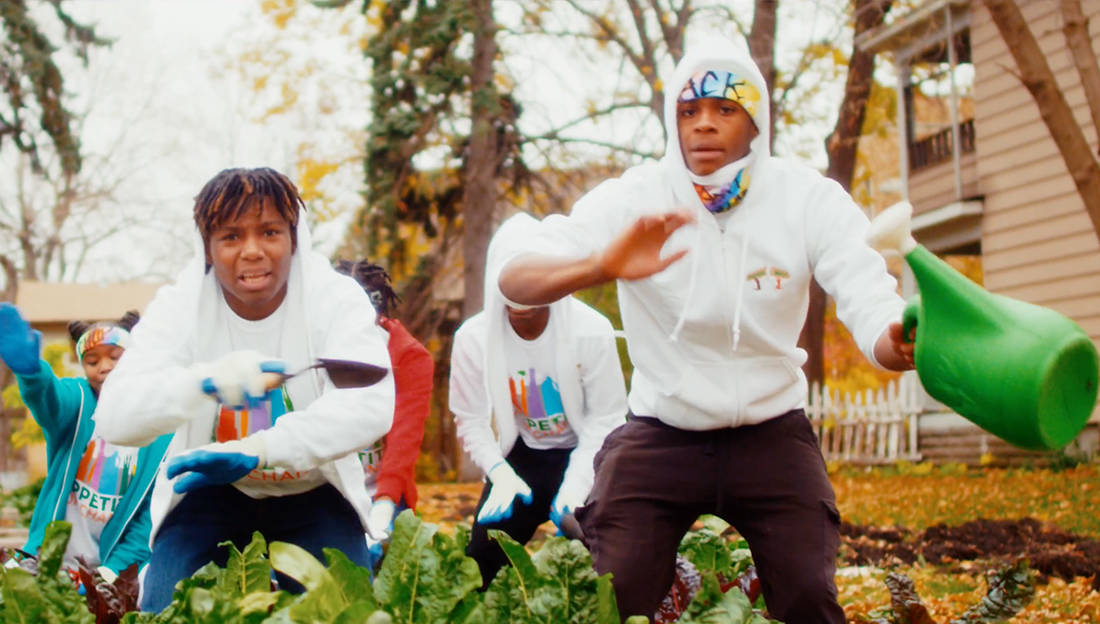 In our Black communities across the United States, we are suffering from what some call “Food Deserts” or neighborhoods where even if people wanted to eat healthy, they can’t because there are no grocery stores or restaurants close to them that have healthy options. This leads to terrible health problems and makes people in these communities, many who have poor access to health care, feel like they are poisoning themselves.

Luckily, there is a current movement to combat this and nonprofits like Appetite For Change in North Minneapolis are being created to provide tools to create healthy communities through cooking workshops and organized efforts toward food justice. AFC teamed up with the Beats and Rhymes crew, the same rap group that created the Hot Cheetos and Takis song a couple of years ago that reached national fame with currently over 14 million YouTube views, and are now flipping the script and addressing those same junk foods that are hurting our communities.

The song entitled, “Grow Food” follows the kids through the North Side of Minneapolis where they drop some GRADE A bars about growing their own food and shining a light on food inequities in America.

“See in my hood there ain’t really much to eat. Popeyes on the corner, McDonald’s right across the street. All this talk about guns and the drugs, pretty serious, but look at what they feeding ya’ll that’s what’s really killin us.”

The song even gives a shout out to Michelle Obama giving her props for speaking out and using her platform to encourage everyone in America to eat better.

This song is a Banger. The North Side of Minneapolis just came through for the WIN on this one.

Share this on Facebook with as many people as possible if you think these kids deserve to go VIRAL!