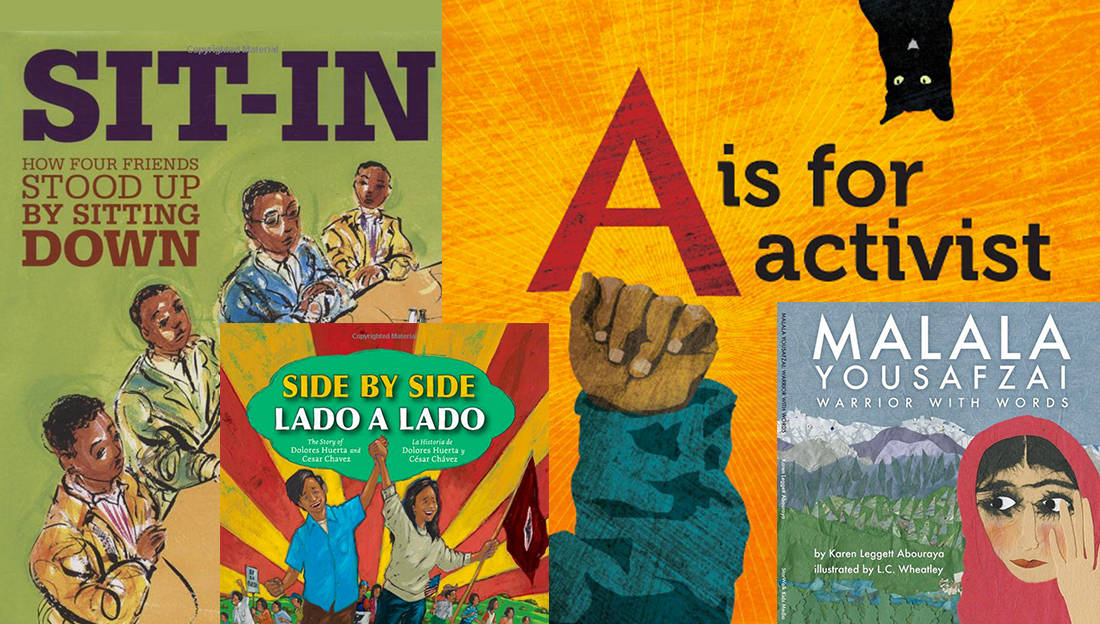 The United States has been boiling with violence and hate and while watching the news and social media can be hard for adults, hearing about and seeing what is going on can be very confusing, scary and devastating for children.

That is why we at Watch The Yard have created this list of children’s books that teach kids why people protest and why standing up for your beliefs and the lives of others is important. This list includes stories that teach kids about the power of their voice and the empathy that is needed to change the world into a better place.

We paid special attention when choosing these books to cover stories with strong male and female characters who come from multicultural backgrounds. We are currently looking for a Native American book to add to this list, if you know of any please leave a comment in the comment section below.

Please share this list with a parent or teacher and do your part in helping the world become a better place. 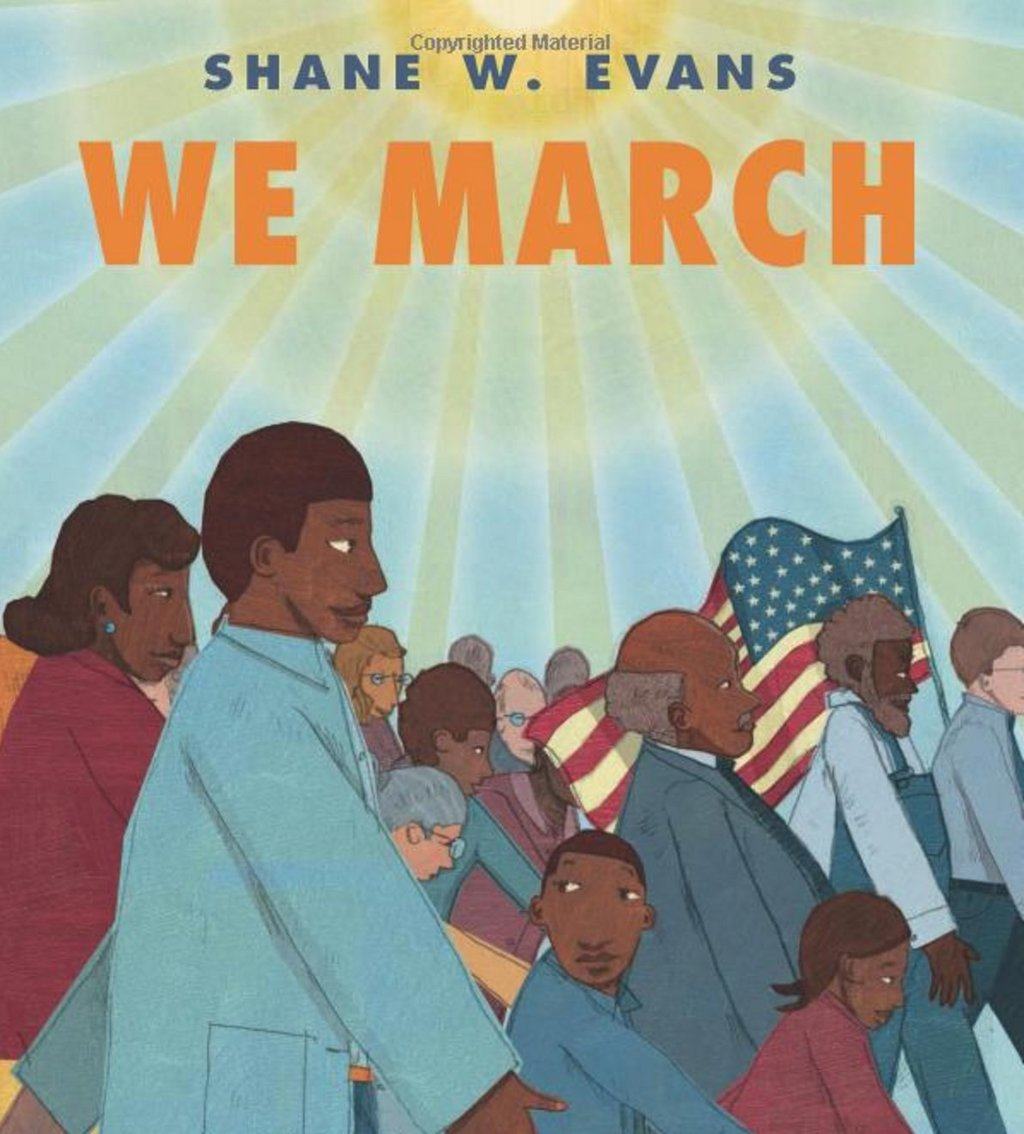 On August 28, 1963, a remarkable event took place–more than 250,000 people gathered in our nation’s capital to participate in the March on Washington for Jobs and Freedom. The march began at the Washington Monument and ended with a rally at the Lincoln Memorial, where Martin Luther King Jr. delivered his historic “I Have a Dream” speech, advocating racial harmony. Many words have been written about that day, but few so delicate and powerful as those presented here by award-winning author and illustrator Shane W. Evans. When combined with his simple yet compelling illustrations, the thrill of the day is brought to life for even the youngest reader to experience. Click here to buy it 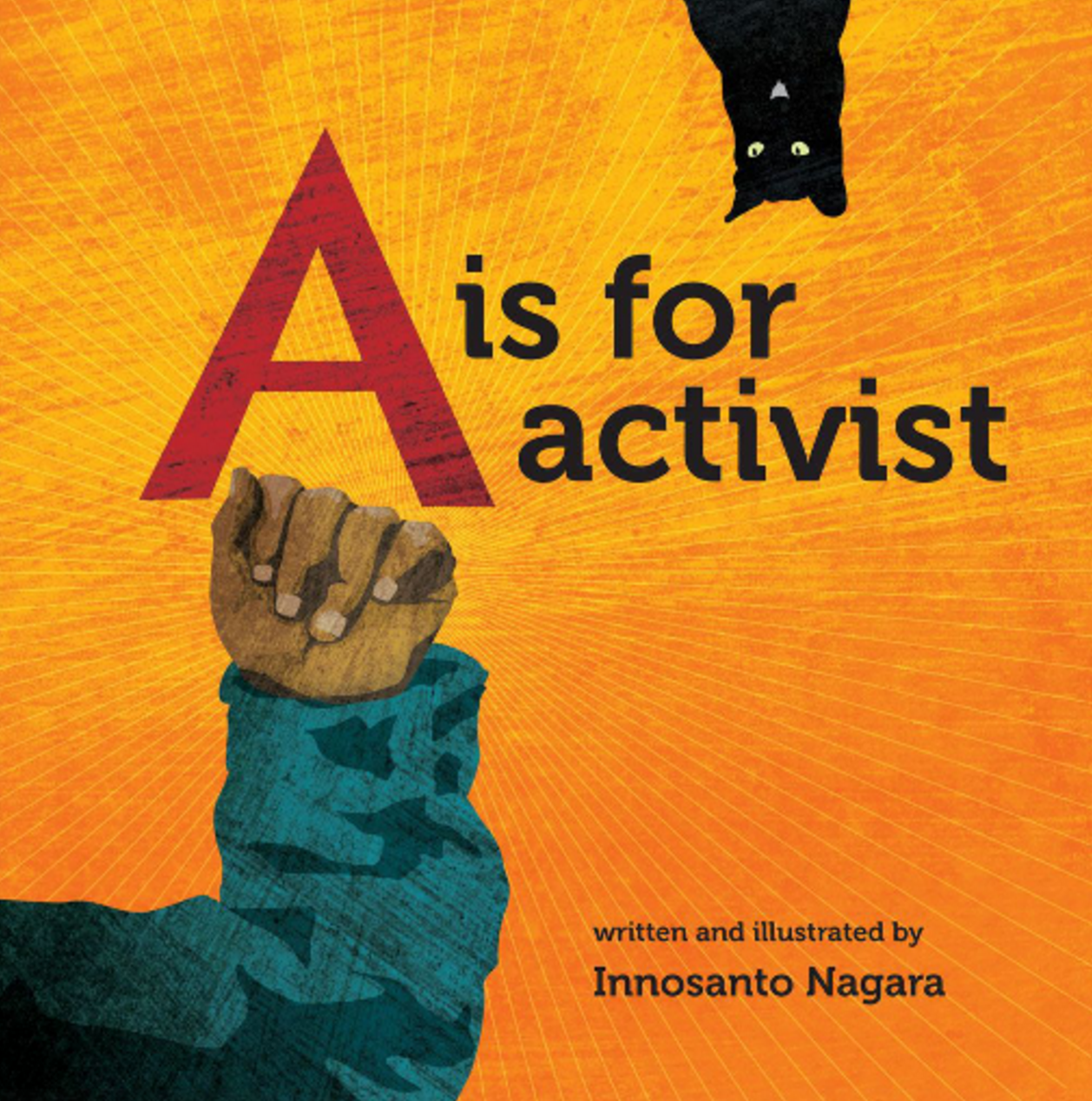 A is for Activist is an ABC board book written and illustrated for the next generation of progressives: families who want their kids to grow up in a space that is unapologetic about activism, environmental justice, civil rights, LGBTQ rights, and everything else that activists believe in and fight for. The alliteration, rhyming, and vibrant illustrations make the book exciting for children, while the issues it brings up resonate with their parents’ values of community, equality, and justice. This engaging little book carries huge messages as it inspires hope for the future, and calls children to action while teaching them a love for books. Click here to buy it 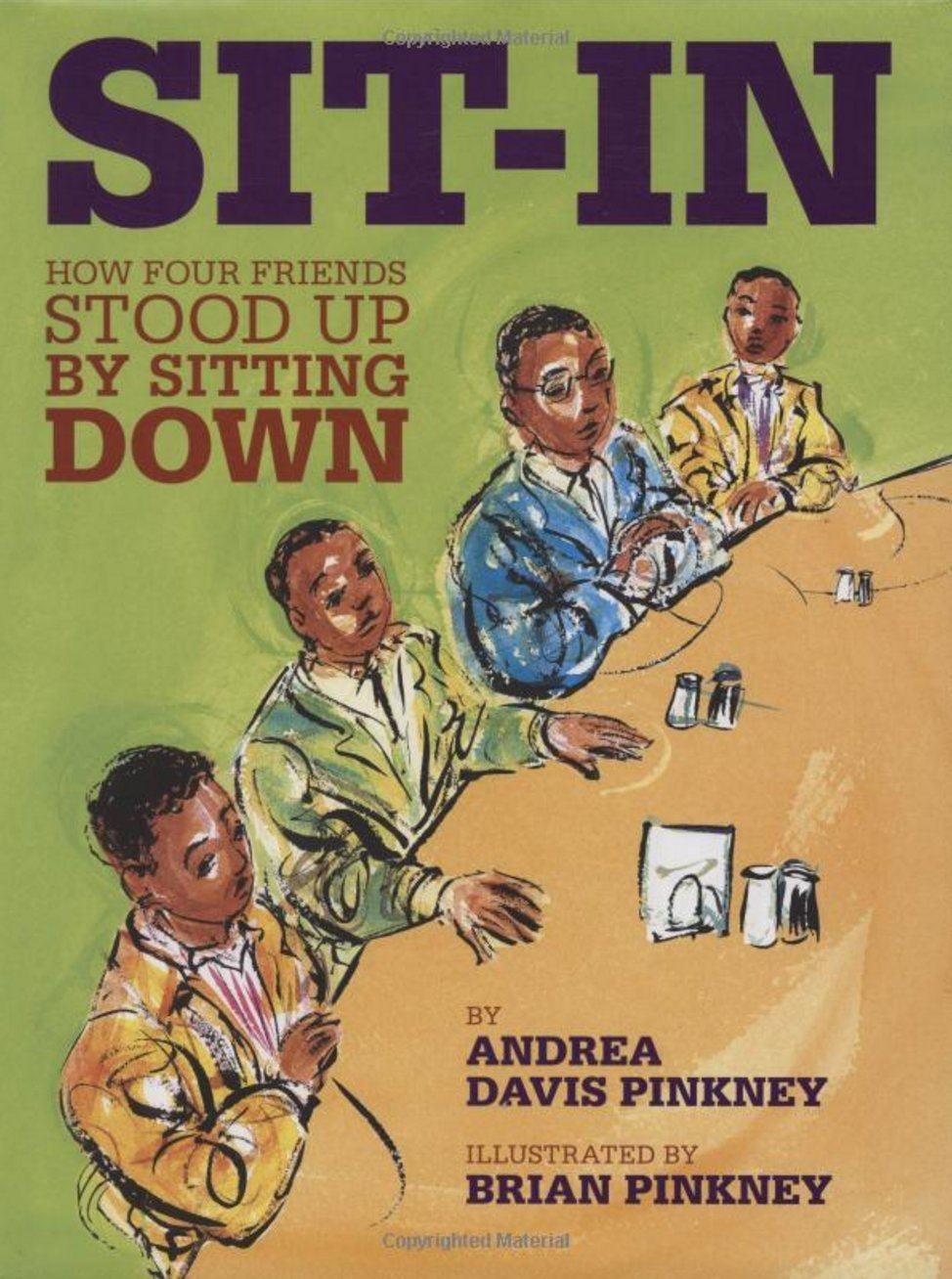 It was February 1, 1960.
They didn’t need menus. Their order was simple.
A doughnut and coffee, with cream on the side.

This picture book is a celebration of the 50th anniversary of the momentous Woolworth’s lunch counter sit-in, when four college students staged a peaceful protest that became a defining moment in the struggle for racial equality and the growing civil rights movement.

Andrea Davis Pinkney uses poetic, powerful prose to tell the story of these four young men, who followed Dr. Martin Luther King Jr.’s words of peaceful protest and dared to sit at the “whites only” Woolworth’s lunch counter. Brian Pinkney embraces a new artistic style, creating expressive paintings filled with emotion that mirror the hope, strength, and determination that fueled the dreams of not only these four young men, but also countless others.
Click here to buy it 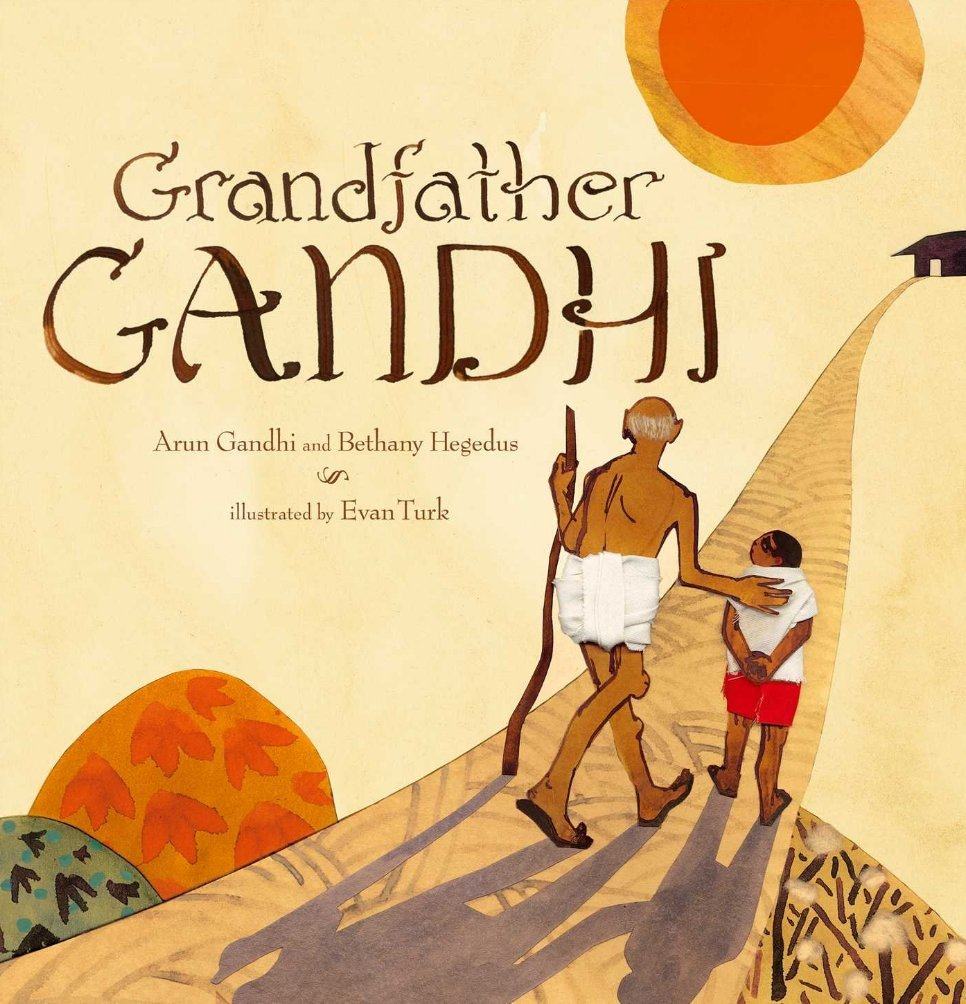 Grandfather Gandhi is an absolutely beautiful book! The story is narrated by then-12 year old Gandhi’s grandson, Arun. Arun goes to live with his grandfather, which was considered a great honor. One day his grandfather gets angry, a surprise to Arun. Gandhi explains to his grandson that anger is a normal human emotion, that people must work to conquer and transform so that it can be used for a good purpose. This is a marvelous, must-read book that will encourage your kids to think about the role emotions play in the choices we make. Click here to buy it 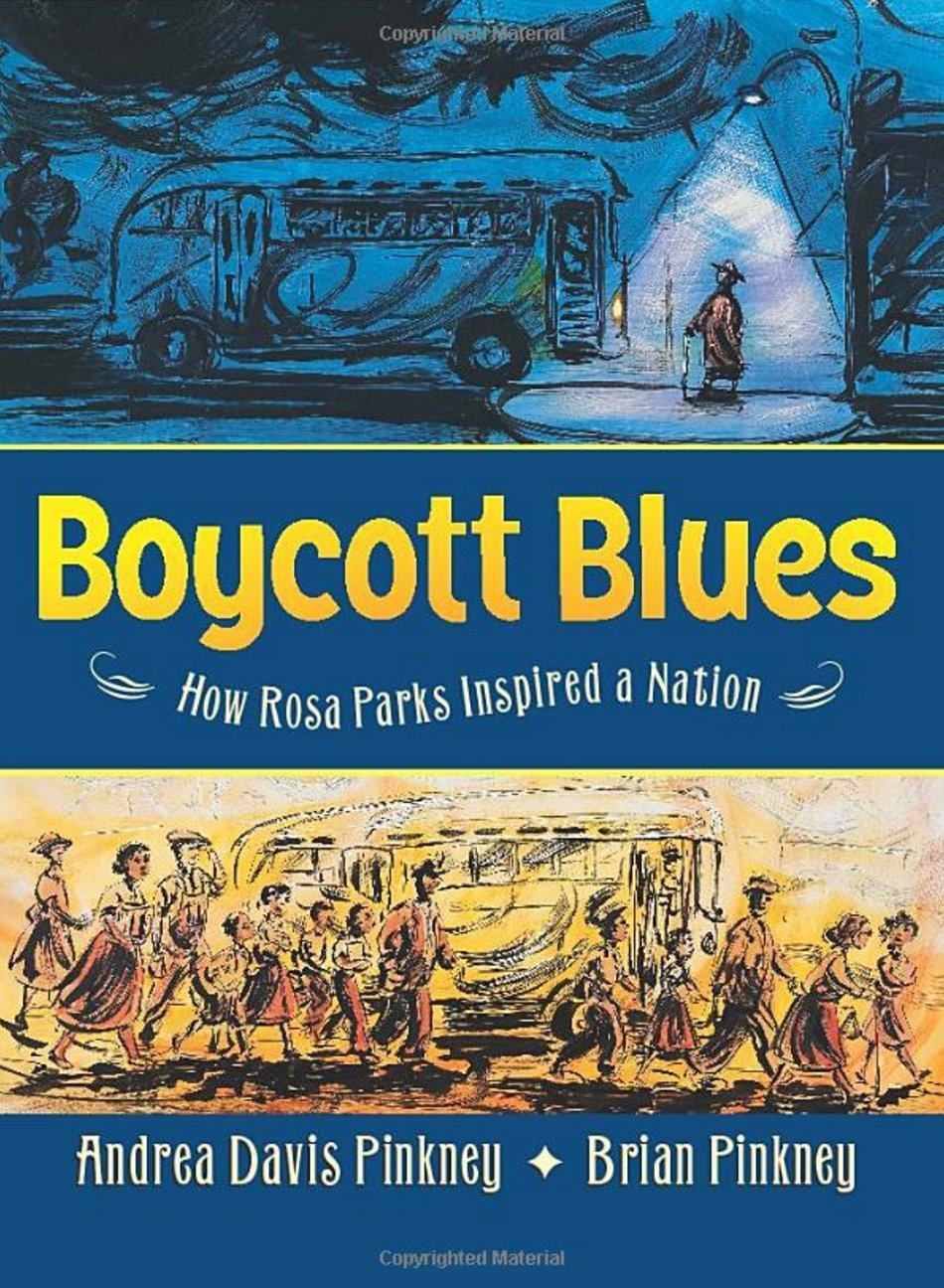 This story begins with shoes.
This story is all for true.
This story walks. And walks. And walks.
To the blues.
Rosa Parks took a stand by keeping her seat on the bus. When she was arrested for it, her supporters protested by refusing to ride. Soon a community of thousands was coming together to help one another get where they needed to go. Some started taxis, some rode bikes, but they all walked and walked.

Andrea Davis Pinkney and Brian Pinkney present a poignant, blues-infused tribute to the men and women of the Montgomery bus boycott, who refused to give up until they got justice. Click here to buy it 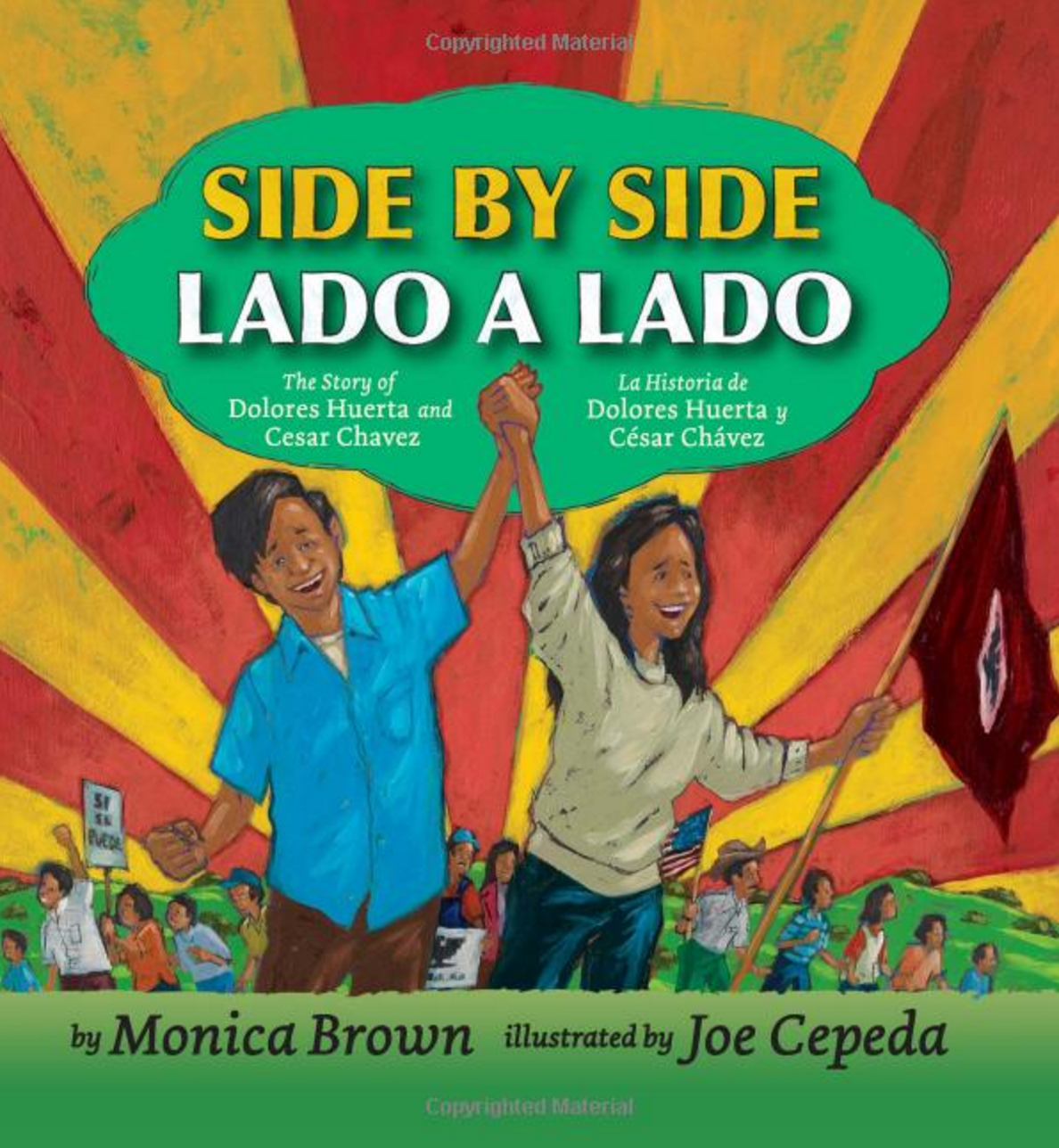 Every day, thousands of farmworkers harvested the food that ended up on kitchen tables all over the country. But at the end of the day, when the workers sat down to eat, there were only beans on their own tables. Then Dolores Huerta and Cesar Chavez teamed up. Together they motivated the workers to fight for their rights and, in the process, changed history.

Award-winning author Monica Brown and acclaimed illustrator Joe Cepeda join together to create this stunning tribute to two of the most influential people of the twentieth century. Click here to buy it 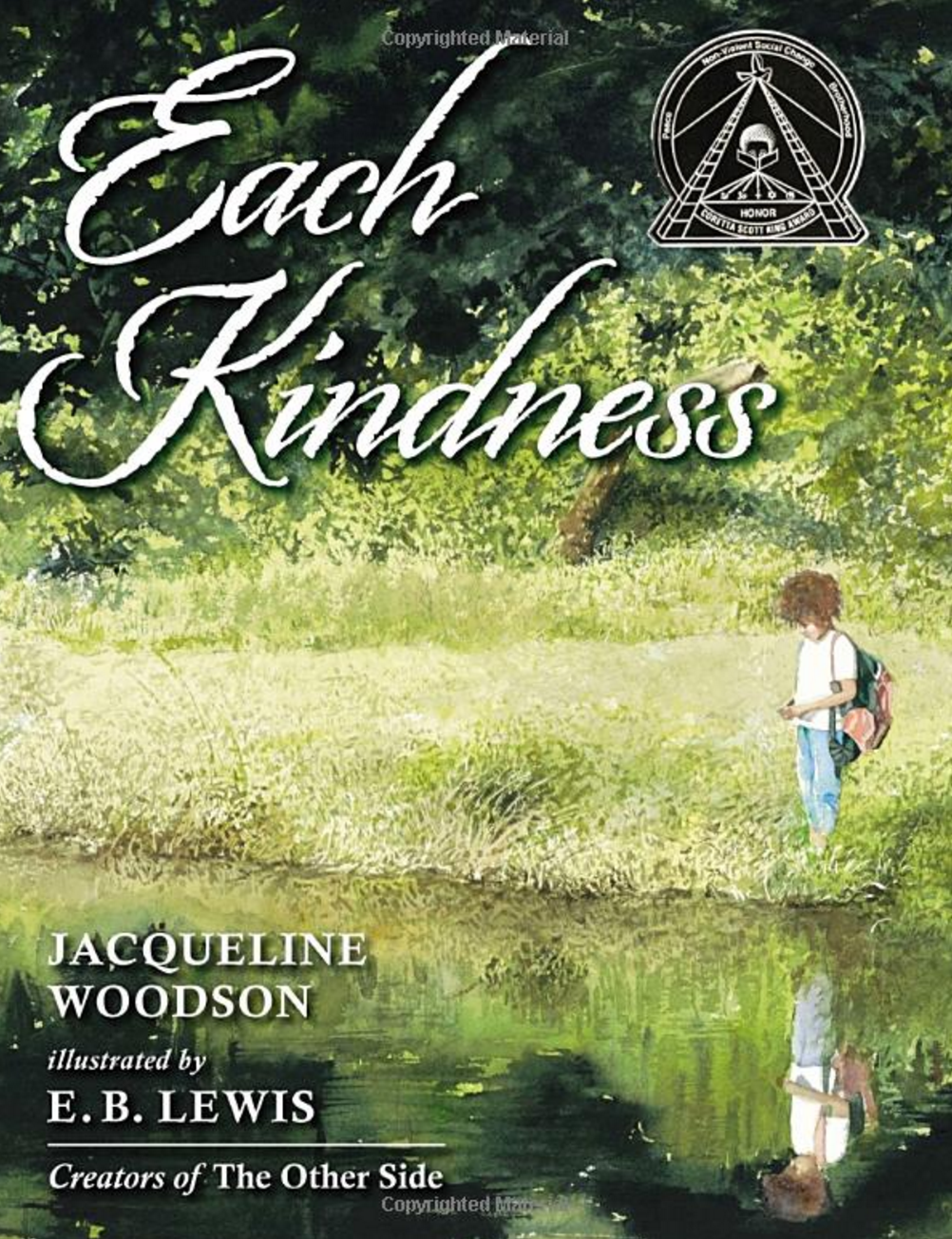 WINNER OF A CORETTA SCOTT KING HONOR AND THE JANE ADDAMS PEACE AWARD!

Each kindness makes the world a little better

This unforgettable book is written and illustrated by the award-winning team that created The Other Side and the Caldecott Honor winner Coming On Home Soon. With its powerful anti-bullying message and striking art, it will resonate with readers long after they’ve put it down.

Chloe and her friends won’t play with the new girl, Maya. Every time Maya tries to join Chloe and her friends, they reject her. Eventually Maya stops coming to school. When Chloe’s teacher gives a lesson about how even small acts of kindness can change the world, Chloe is stung by the lost opportunity for friendship, and thinks about how much better it could have been if she’d shown a little kindness toward Maya.Click here to buy it 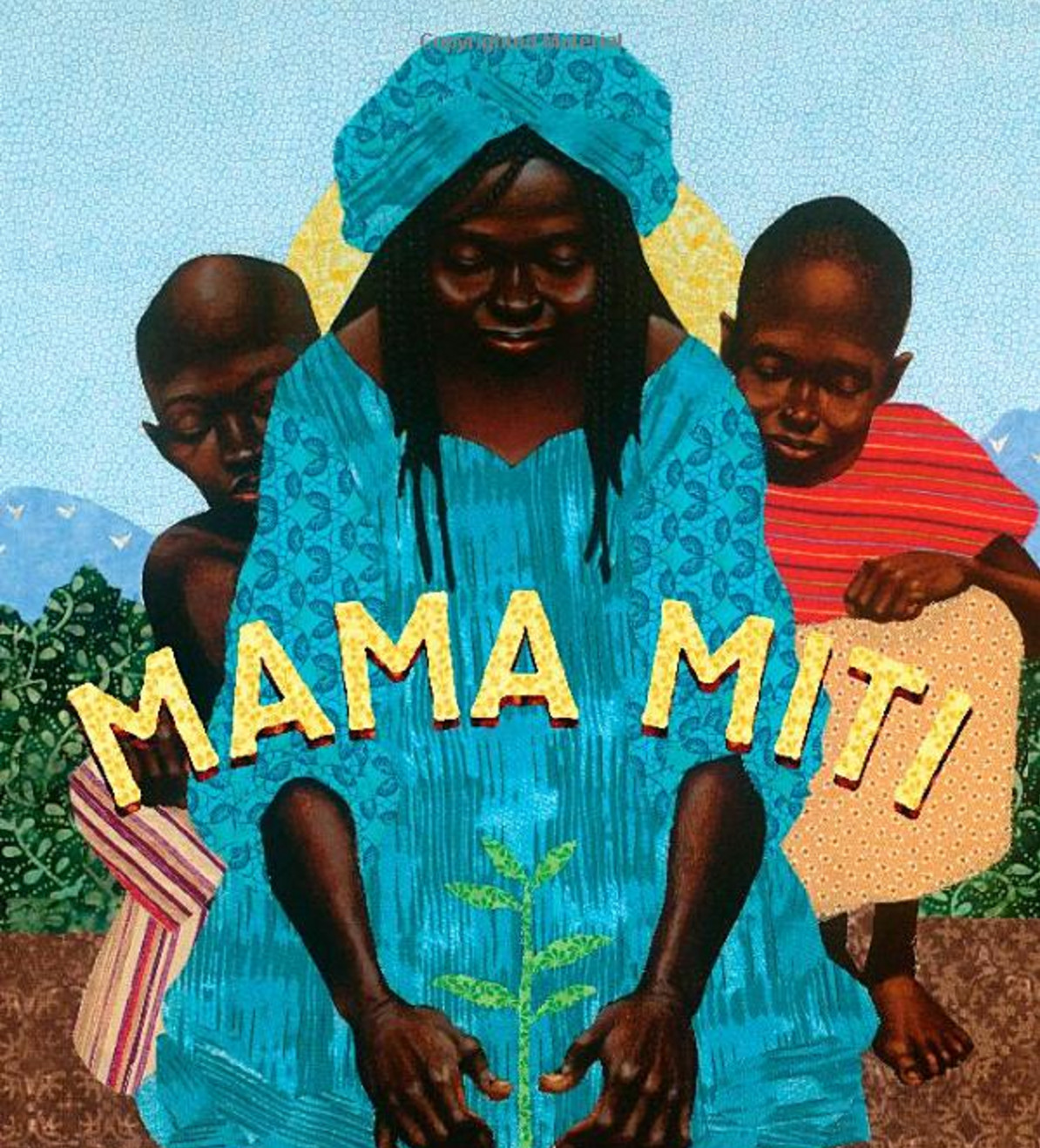 Through artful prose and beautiful illustrations, Donna Jo Napoli and Kadir Nelson tell the true story of Wangari Muta Maathai, known as “Mama Miti,” who in 1977 founded the Green Belt Movement, an African grassroots organization that has empowered many people to mobilize and combat deforestation, soil erosion, and environmental degradation. Today more than 30 million trees have been planted throughout Mama Miti’s native Kenya, and in 2004 she became the first African woman to win the Nobel Peace Prize. Wangari Muta Maathai has changed Kenya tree by tree—and with each page turned, children will realize their own ability to positively impact the future. Click here to buy it 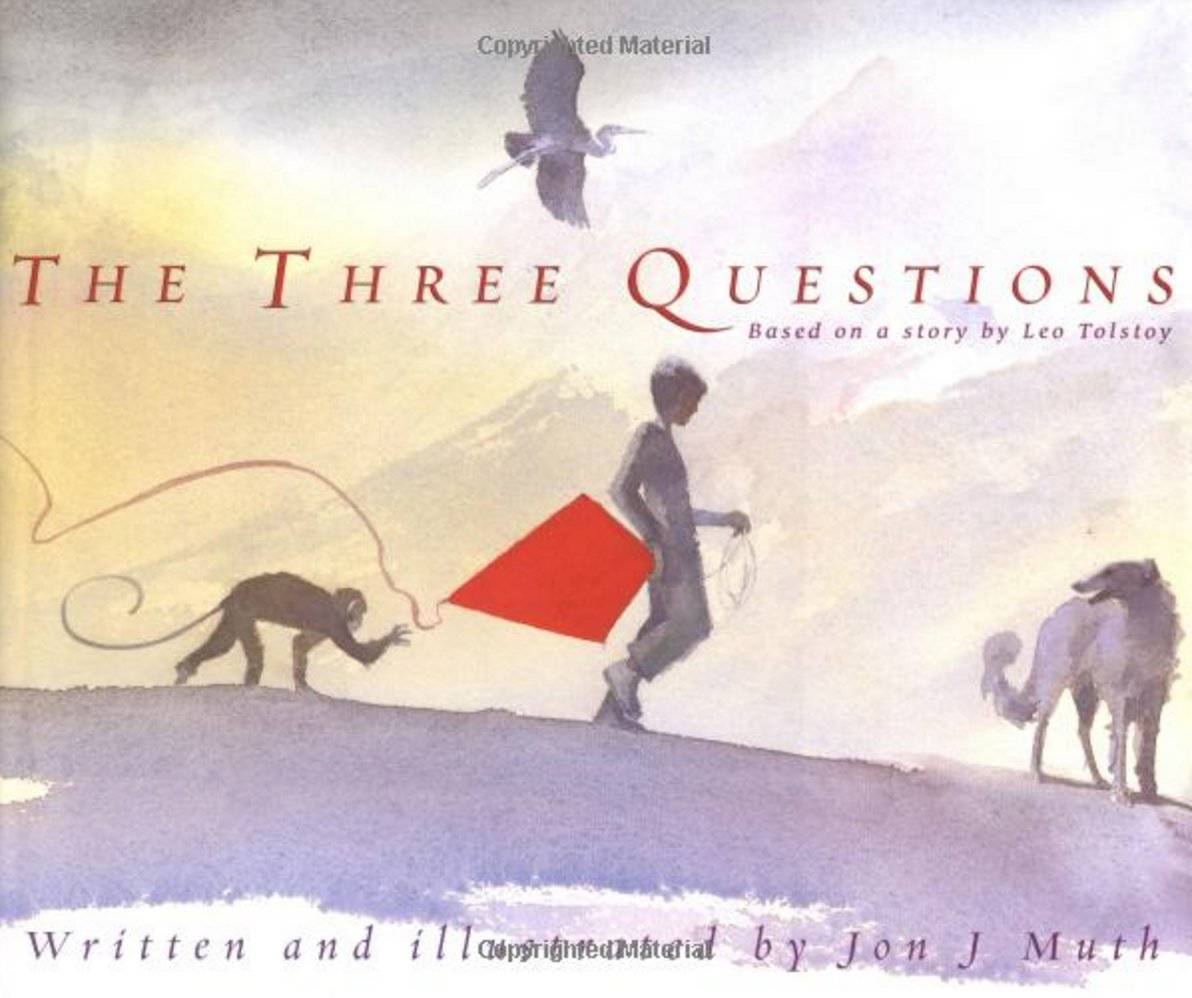 With his stunning watercolors — and text that resounds with universal truths, award-winning artist Jon J Muth has transformed a story by Tolstoy into a timeless fable for young readers.

What is the best time to do things? Who is the most important one? What is the right thing to do? Nikolai knows that he wants to be the best person he can be, but often he is unsure if he is doing the right thing. So he goes to ask Leo, the wise turtle. When he arrives, the turtle is struggling to dig in his garden, and Nikolai rushes to help him. As he finishes work, a violent storm rolls in. Nikolai runs for Leo’s cottage, but on his way, he hears cries for help from an injured panda. Nikolai brings her in from the cold, and then rushes back outside to rescue her baby too. Click here to buy 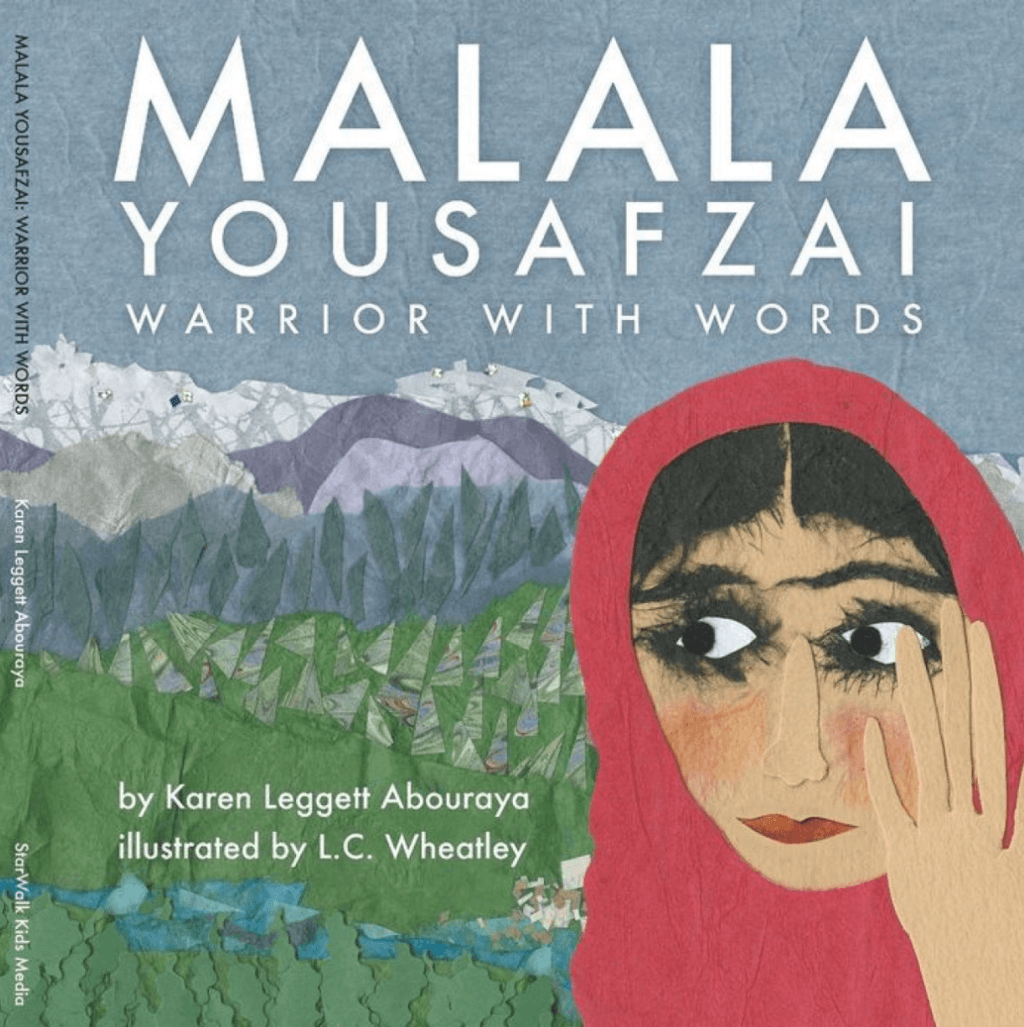 The inspiring, true story of Malala Yousafzai, a young Pakistani girl who stands up and speaks out for every child’s right to education. Though she and two of her schoolmates were targeted by a Taliban gunman, a life-threatening injury only strengthened her resolve. Malala spoke at the U.N. on her 16th birthday in 2013, nine months after she was shot. Author and journalist Karen Leggett Abouraya, author of Hands Around the Library: Protecting Egypt’s Treasured Books, brings Malala’s story to life for young readers. Malala’s story is more than a biography of a brave and outspoken teenager. It is a testament to the power of education to change the world for boys and girls everywhere. “Winner of the California Reading Association’s 2015 EUREKA! Honor Award” Click here to buy

Share this on Facebook with a teacher or parent if you think that this would be helpful for them.